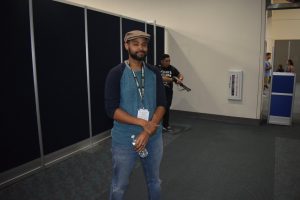 Rob has now been on our show for the second time! He is such a nice, and chill guy!! In 2008 Guillory rose to fame, working on his, Image Comics book, New York Times Best-Seller, Chew! Born in Louisiana, he “started” his artist career at The University of Louisana! But of course, he really started his career years before, pre-college, drawing and doodling where/when he could.

For this interview, we will be speaking with Rob about his Image Comics book, Farmhand. 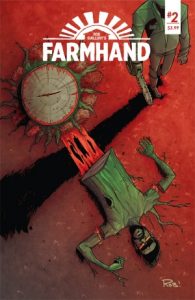 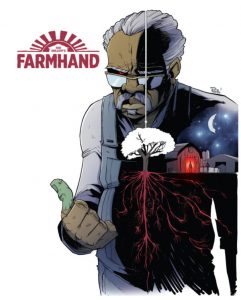 The last time we spoke with Rob, the only thing he could tell us, was the title of the comic book. Now we get to learn all about, what promises to be his next big hit! He was already around issue five when we spoke, but because it hadn’t been released yet, the details were scarce. Farmhand released on July 11th, 2018, to great reviews! Chase Magnett of Comicbook.com gave it a 5 out of 5 stars, and said “There is a real beating heart behind their story in addition to the many beating hearts found in the farm itself. ”

Farmhand is all about farmer, Jedidiah Jenkins. As with all of the awesome stories that Guillory tells, Jedidiah doesn’t grow corn, or soy, or onions. This farm is growing limbs!! If you lose a limb, just call Mr. Jenkins, and he will get you something new, farm to body! BUT, there is something growing underneath Jedidiah’s farm, that promises to uproot his life!! Do NOT miss out on this dark comedy by friend of the show, Rob Guillory. If you’re a fan of Rob’s, you already know the awesome dark humor he has, but if you don’t, this is something you should definitely be putting in your pull slot! Call your local comic book store now, and order it!! 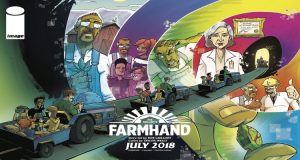