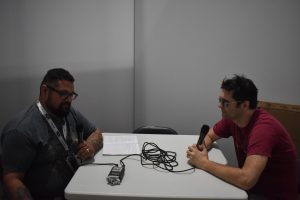 We had the awesome opportunity to speak with Joe Casey from Image Comics while we were at Comic Con International 2018! Joe has been working on comic books for over 20 years, and he is a super interesting guy to speak with!! We had the pleasure of speaking to him about New Lieutenants of Metal and MCMLXXV during this interview! 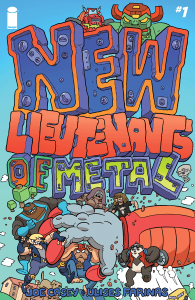 Issue one of New Lieutenants of Metal hit comic book stores July 4th, of 2018! This is the “most kick ass head banging heroes ever assembled.” They are ready to strike down any threat that comes their way, and do it with a little “metal!” I don’t think that Casey is quite sure where he came up with this idea, but the ideas that come out of his brain are hilarious and worth the read!! With this book, we also discuss the fact that each issue will come with a soundtrack. We discuss where this idea came from, and what influences those soundtracks! 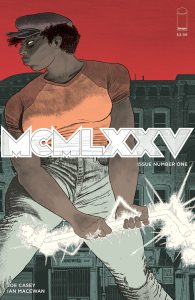 Issue one of MCMLXXV will come out September 12th, 2018! This book tells the story of Pamela Evans. By day she is what we might consider an average cab driver, serving the masses. By night, she turns in to Pamela Evans, “monster fighter.” Not only does she fight crime, she fights crime with an enchanted tire iron!! Not going to lie, that might be the coolest super powered weapon as of late!! If that description doesn’t sell the book for you, listen to the episode. Joe, again, not sure where the ideas come from, tells us a little bit about the book, and some of the ideas behind!!

Joe was great, and if you’ve been following his career at all, you know that you’re in for a crazy, wild, but great ride!! 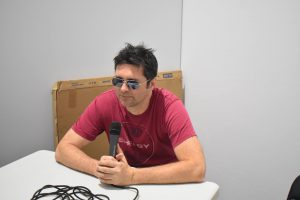