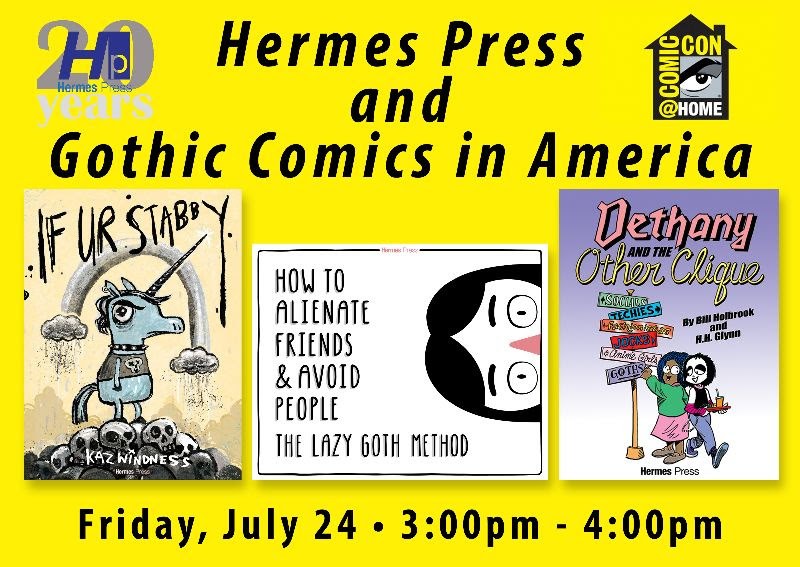 “The panel, moderated by publisher Daniel Herman (Silver Age the Second Generation of Comic Book Artists), will feature Kaz Windness (Mother Goth Rhymes), who will talk about her upcoming book, If UR Stabby, which focuses on a grumpy unicorn whose name is indicative of what he does to people who irritate him; Bill Holbrook (On the Fast Track) and H.H. Glynn, who will talk about their new graphic novel, Dethany and the Other Clique, exploring middle school life and how to be yourself even in a clique; and Molly Mercier, whose new book, The Lazy Goth: Method How to Alienate Friends and Avoid People, is a collection of comic strips exploring the adventures and misadventures of a Goth in her day to day life. The panel will feature artwork from each of these titles discussed by its creators.”

Just because you’re not in San Diego doesn’t mean that this year can’t be just as fun! Check out this panel, and look out for more news as this week goes on!