Are you ready for some more Lost In Space!? The smash hit, emmy nominated Lost In Space crash landed on our TV screens recently!! Now, because of Legendary Comics, it will expand into the comic book world! Do you have a favorite “Lost” character? Well now you’ll get to delve a little bit deeper into their back stories, and take Jupiter 2 where it’s never been before!! Penned by writer Richard Dinnick (Doctor Who; Thunderbirds) and Brian Buccellato (Detective Comics; The Flash) with stunning artwork by Zid (Skull Island: Birth of Kong; Trick ‘r Treat: Days of the Dead), LOST IN SPACE: COUNTDOWN TO DANGER will feature all-new, untold adventures of the full crew of the hit Netflix Original show—including the Robinsons, Robot, Doctor Smith and Don West. 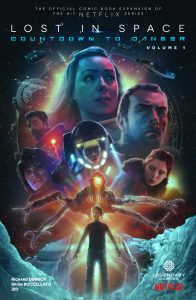 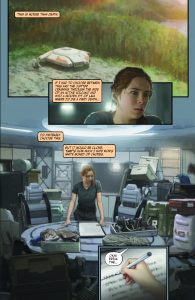 Robert Naptor, Senior Vice President of Legendary Comics, said “At Legendary Comics, we love the new television series, so we couldn’t be more excited to expand the world of show with previously untold comic book adventures” “What is exciting about comic books is that they are not limited by budget—only by the imagination,” said Executive Producers Kevin Burns and Jon Jashni. “This ‘Lost in Space’ comic is no exception. Legendary Comics has outdone themselves this time.” 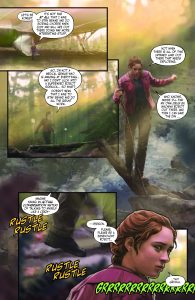 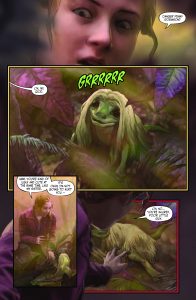 Contained in here, is a small preview from the book, recounting a mission featuring Penny. The first of four volumes, will be available in October 2018, online, and at your favorite local comic book shop! The subsequent three volumes will come make their debuts throughout 2019! 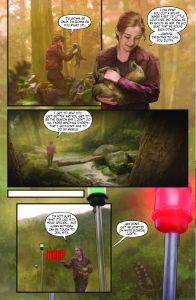 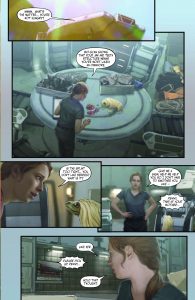 For those of you who will actually be attending San Diego Comic Con, make sure you that you come out to show some support, by attending the Legendary Comics panel on Friday night, featuring “Lost in Space” comic scribe Richard Dinnick! Also make sure you keep an eye out, as Legendary is putting on various events, and signing throughout the weekend!! 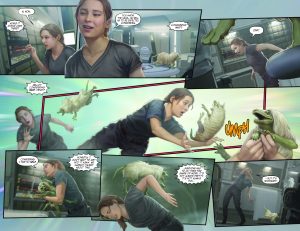 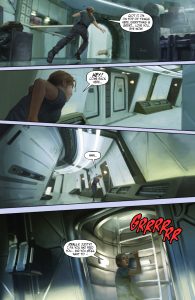 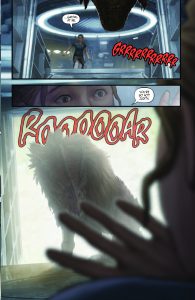