Well Fall is finally here. The air is a little cooler, the leaves have started changing, and it is a HUGE week for comics, so put your nerdy sweater on and grab a pumpkin spice something and lets dive in!

From Dark Horse this week, one of the most anticipated comic releases in a long time from a Netflix TV show that was very likely spawned from the comic book medium, Stranger Things makes its debut this week with issue #1 (of 4). The nostalgia igniting hit Netflix original series comes to comic shelves. Follow Will Byers into a dimension of decay and destruction where he must use his wits and resolve to dodge the pursuit of the Demogorgon and escape the Upside Down. Written by award winning comics veteran Jody Houser (Faith, Orphan Black, Mother Panic). Based on Will’s unseen journey during season 1 of hit Netflix show Stranger Things. 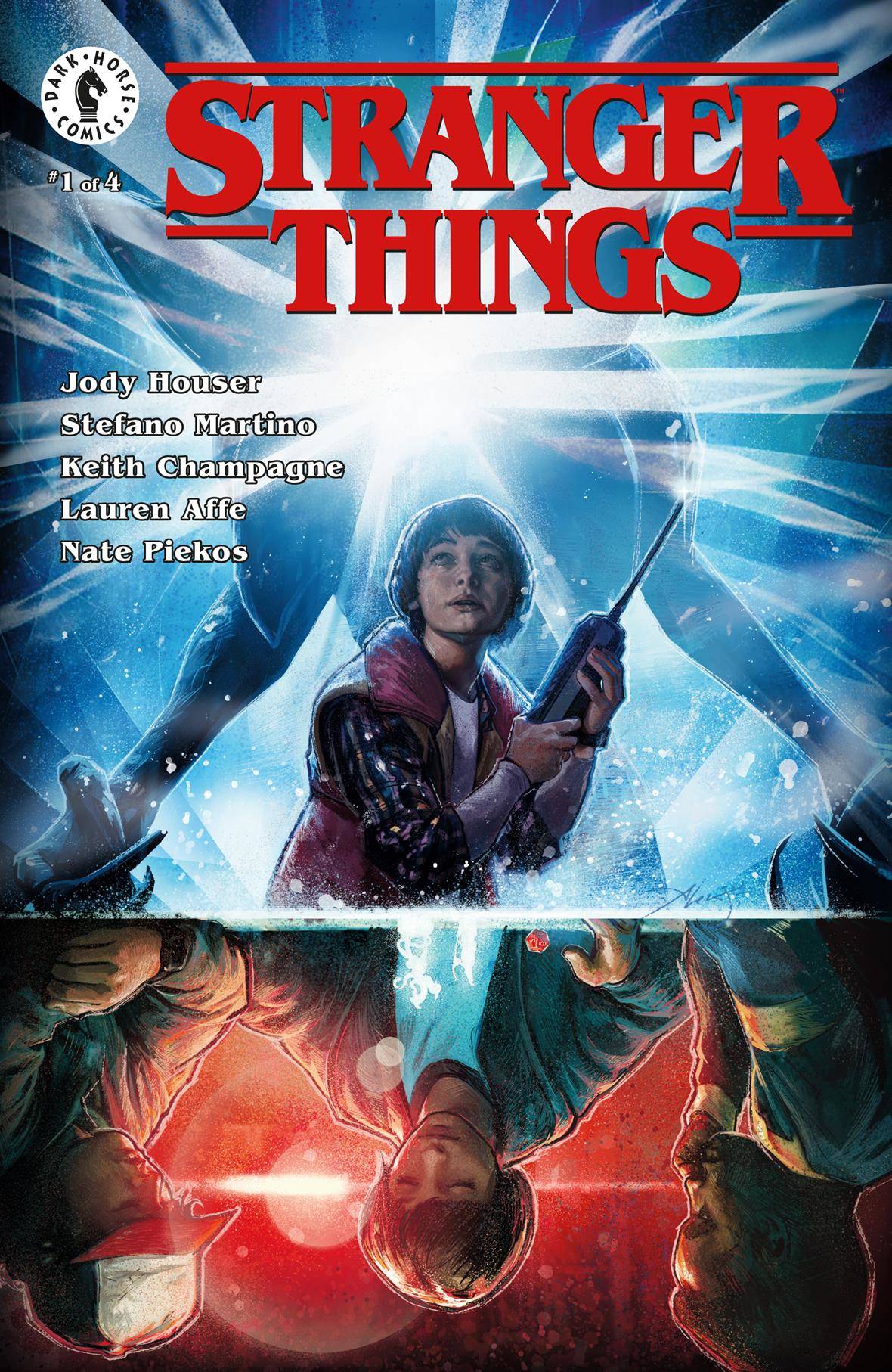 From DC this week, Batgirl #27 drops, and has Barbara returning to Gotham, and the debut of a new costume! You can’t go home again. But that’s just where Barbara Gordon, a.k.a. Batgirl, is forced to go when the chip granting her mobility keeps shorting out in the aftermath of her clash with Grotesque. Will Commissioner Gordon drive Babs totally bonkers with his bedside manner? Or will the malfunctioning tech impact more than just her legs? Plus, what’s the deal with killer art critic Grotesque and his murderous new M.O.? It’s all in part two of “Art of the Crime.” 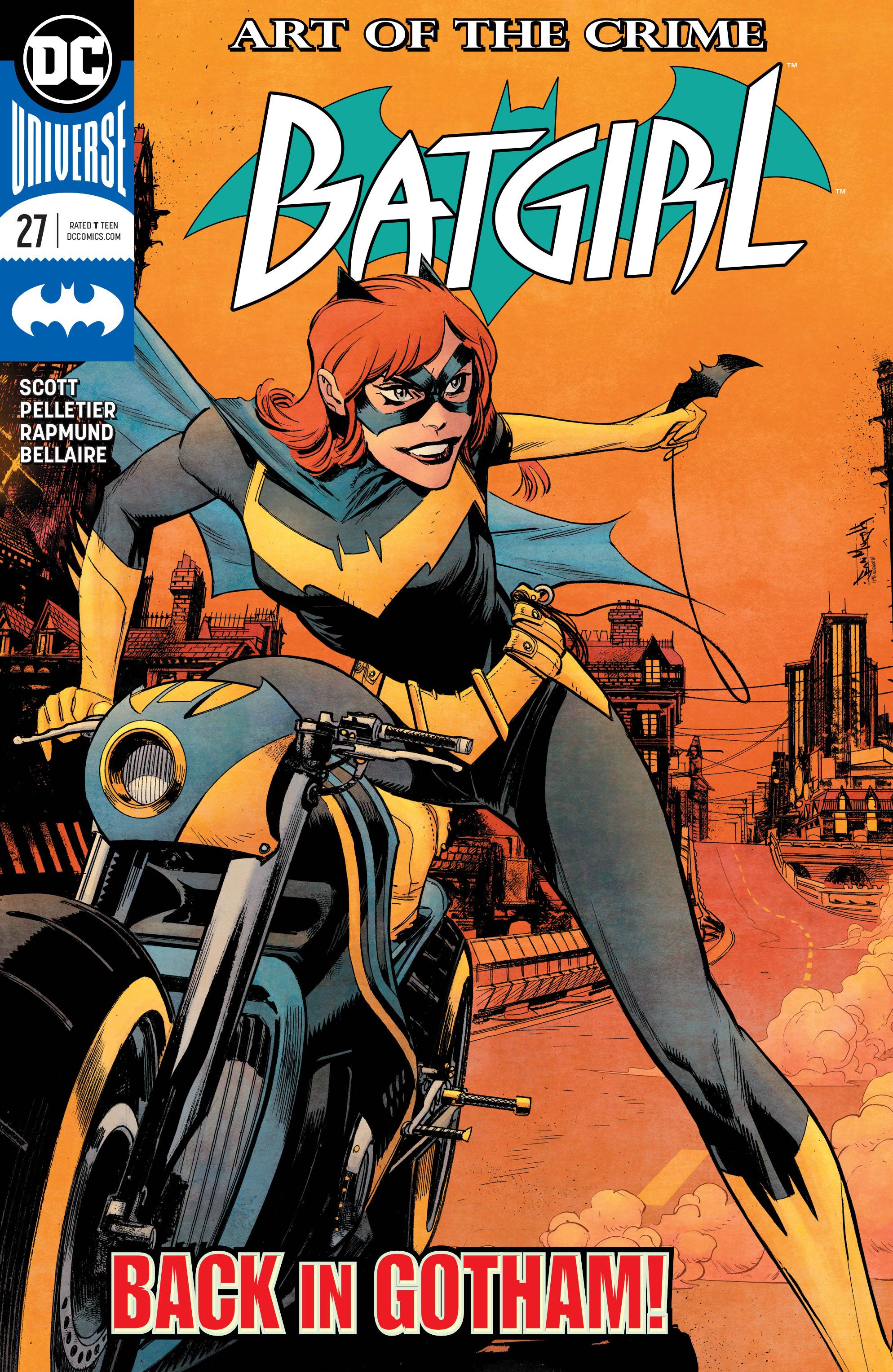 Huge week for DC with the release of Heroes In Crisis #1 (of 7) written by Tom King with art by Clay Mann! There’s a new kind of crisis threatening the heroes of the DC Universe, ripped from real-world headlines by C.I.A.-operative-turned-comics-writer Tom King: How does a superhero handle PTSD? Welcome to Sanctuary, an ultra-secret hospital for superheroes who’ve been traumatized by crime-fighting and cosmic combat. But something goes inexplicably wrong when many patients wind up dead, with two well-known operators as the prime suspects: Harley Quinn and Booster Gold! It’s up to the DC Trinity of Superman, Wonder Woman and Batman to investigate-but can they get the job done in the face of overwhelming opposition? 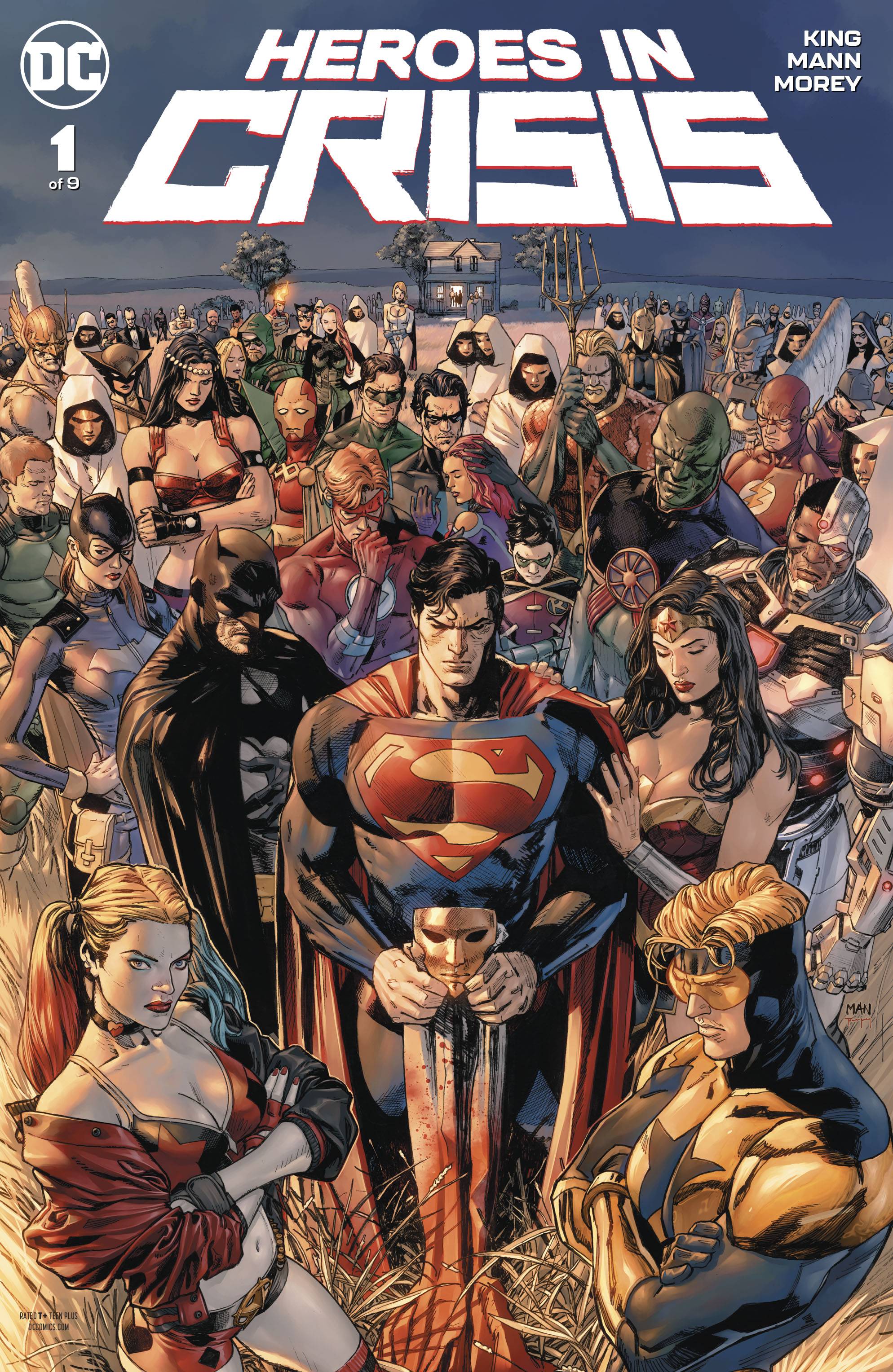 Lastly from DC this week, Justice League Odyssey is FINALLY out! Spinning out of JUSTICE LEAGUE: NO JUSTICE! When a cosmic menace threatens worlds beyond our own in the Ghost Sector, it falls to a new Justice League team to answer the call to battle! Cyborg, Starfire, Green Lantern Jessica Cruz and an out-of-his-element Azrael head to deep space inside a commandeered Brainiac Skull Ship. But as these wildcard teammates try to break through the impenetrable maelstrom imprisoning the desperate collection of planets, they discover something that nothing in the universe could have prepared them for: Darkseid…who says he’s there to help?! Written by Josh Williamson with art by Stjepan Sejic! 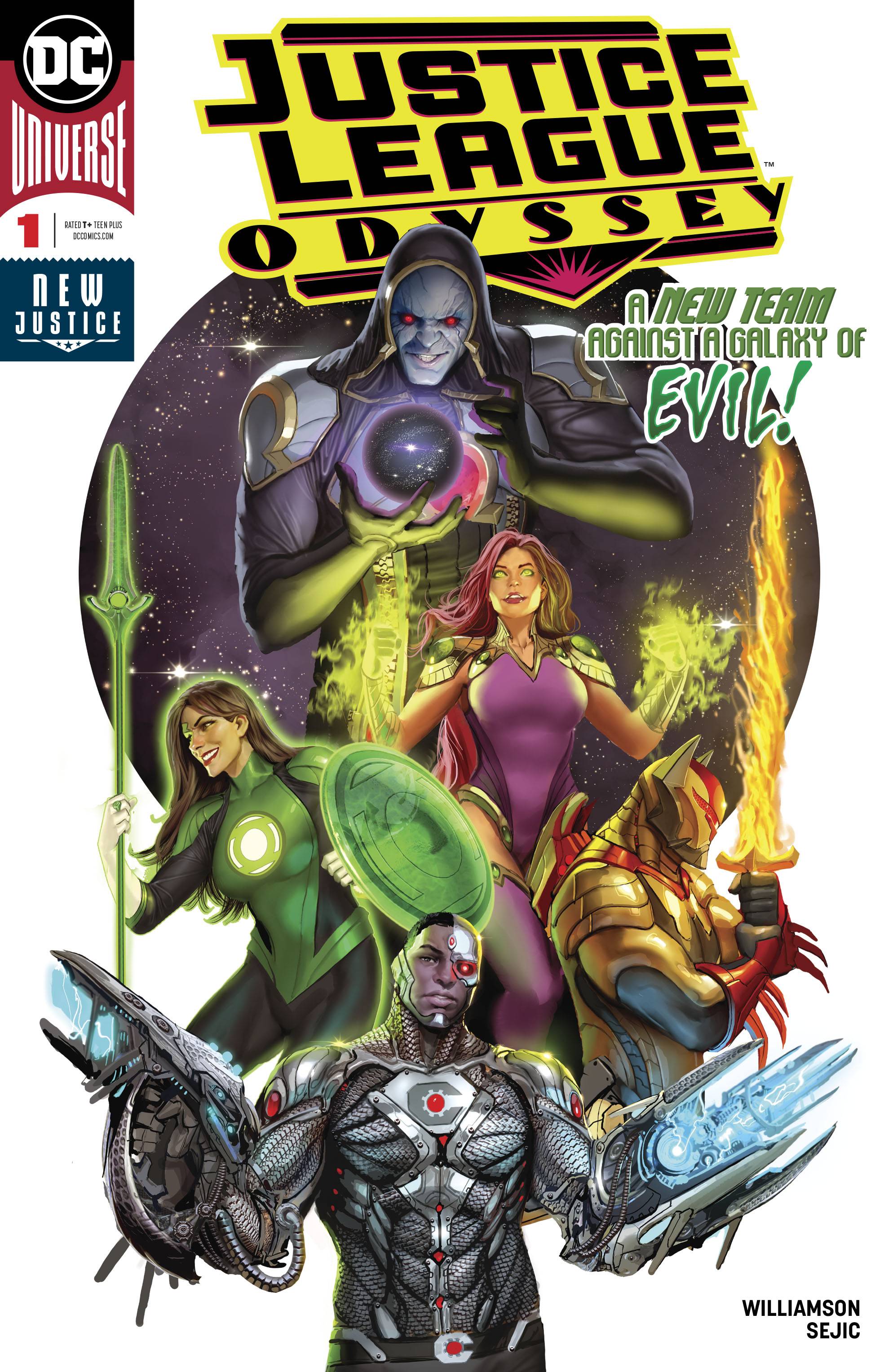 From Dynamite this week, Vampirella Deja Thoris #1 hits the shelf! The encounter that was destined to happen! When an alien scout ship crashes on Mars, Dejah Thoris must risk reigniting war with the Green Martians and becoming dinner for the white apes. But the stakes are raised so much higher when the ship is revealed to carry Vampirella, who is on a desperate mission of survival-one that might end before it truly begins! 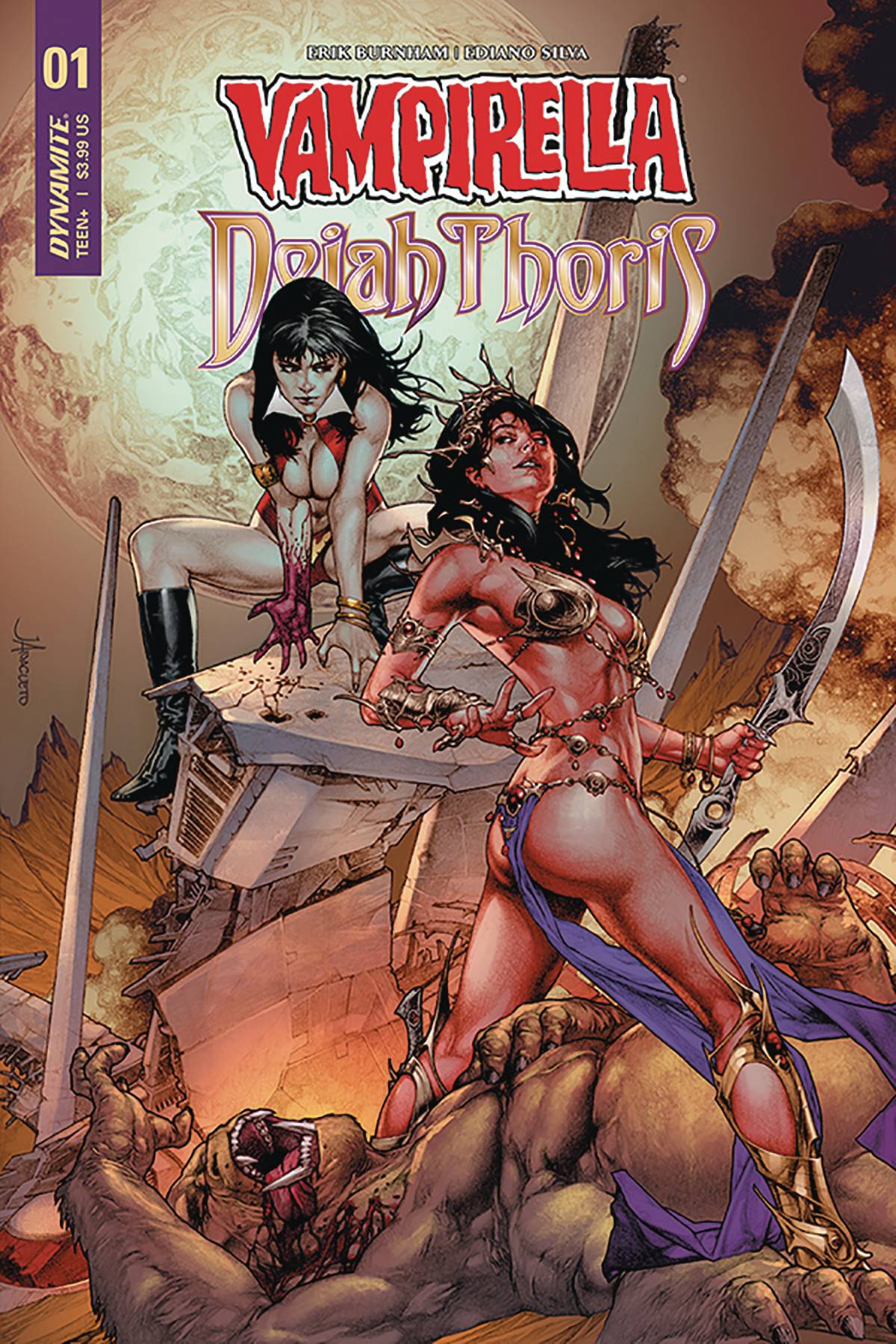 From Image this week, a new title called Man-Eater lands! Eisner-nominated and New York Times bestselling thriller writer CHELSEA CAIN returns to comics with a new ONGOING SERIES! A mutation in Toxoplasmosis causes menstruating women to turn into ferocious killer wildcats-easily provoked and extremely dangerous. As panic spreads and paranoia takes root, the fate of the world rides on the shoulders of one twelve-year-old girl. Part Cat People, part The Handmaid’s Tale, MAN-EATERS will have everyone talking. 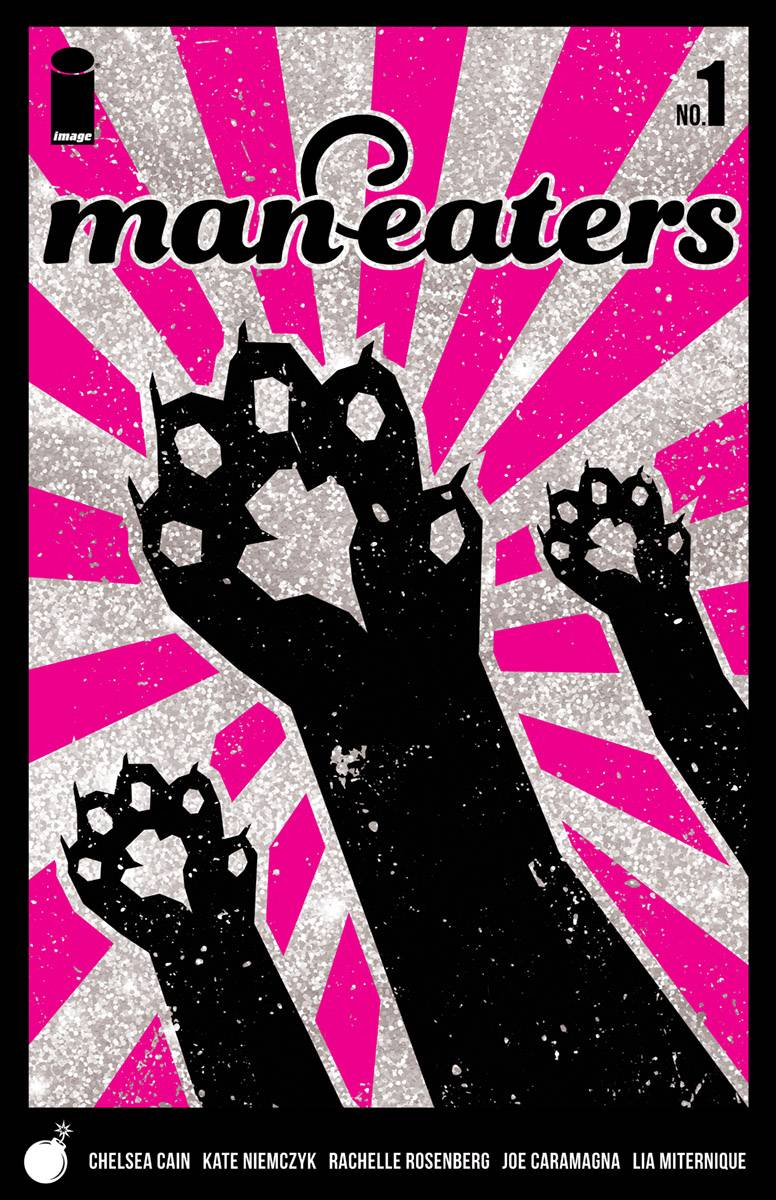 From Marvel this week, the second of the Infinity Warps hits shelves with Iron Hammer #1 (of 2). When Stark Odinson, the brainy but arrogant son of the All-Father, was kidnapped by Ice Giants and forced to make them an armory, he turned their forges against them and became the armored Asgardian, Iron Hammer! 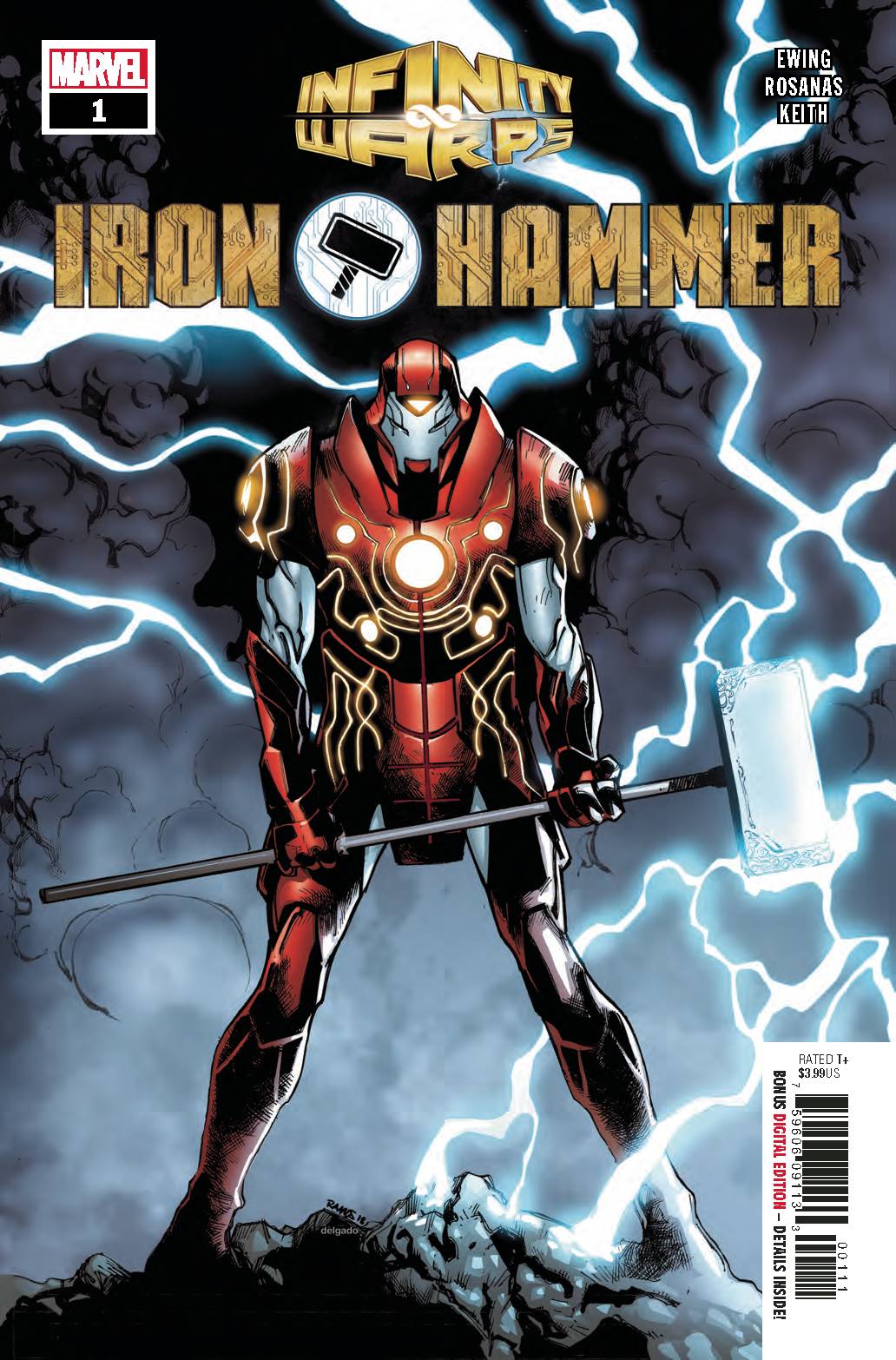 Lastly from Marvel this week, The Spidergeddon is here! Spidergeddon #0 swings onto shelves this week. The end of all Spiders doesn’t exclude the star of the most anticipated video game of 2018! Marvel’s Spider-Man is out September 7, 2018 exclusively on PlayStation 4. He makes his Marvel Comics debut on September 26! How does he enter the Marvel Universe and what role will he play in the final chapter of SPIDER-VERSE?! 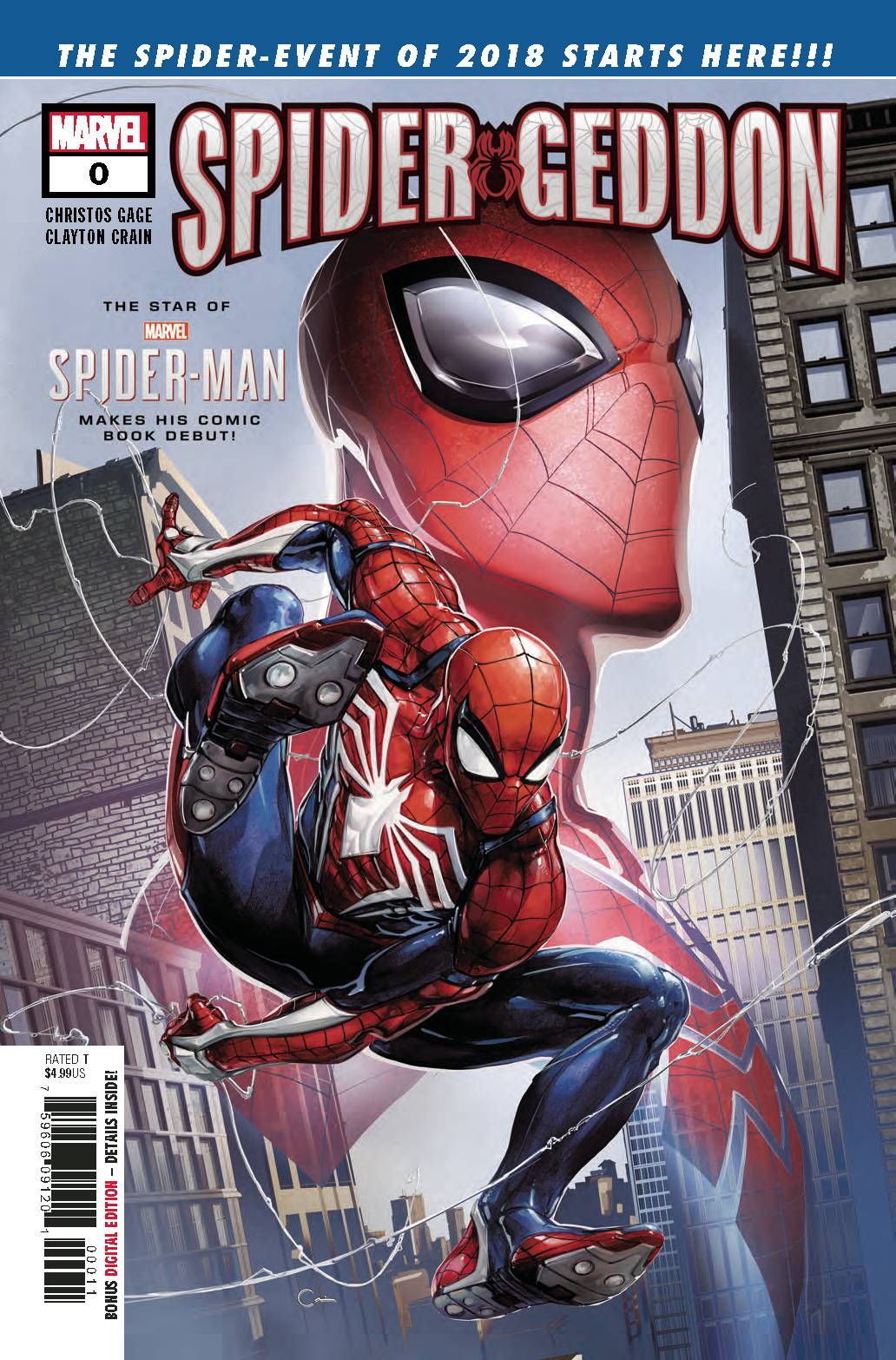 Hillbilly Red Eyed Witchery From Beyond #2

Tarot Witch of the Black Rose #112