Well it is the last week of February. Man how this month absolutely FLEW! Its a pretty big week including new Previews, so lets jump in headfirst without looking!
From Dark Horse this week, the world of Jeff Lemire’s Black Hammer continues to expand with a new series called Doctor Star and the Kingdom of Lost Tomorrows. Written by Jeff Lemire with art by Max Fiumara. This dual-narrative story set in the world of the Eisner-Award winning Black Hammer series chronicles the legacy of a Golden-Age superhero. An aged crime fighter desperately wants to reconnect with his estranged son, who he hoped would one day take the mantle of Doctor Star. Over the course of the story we learn his World War II-era origin, how he got his powers, his exciting astral adventures, the formation of some of Black Hammer’s greatest heroes, and more in this heartbreaking superhero tale about fathers and sons. 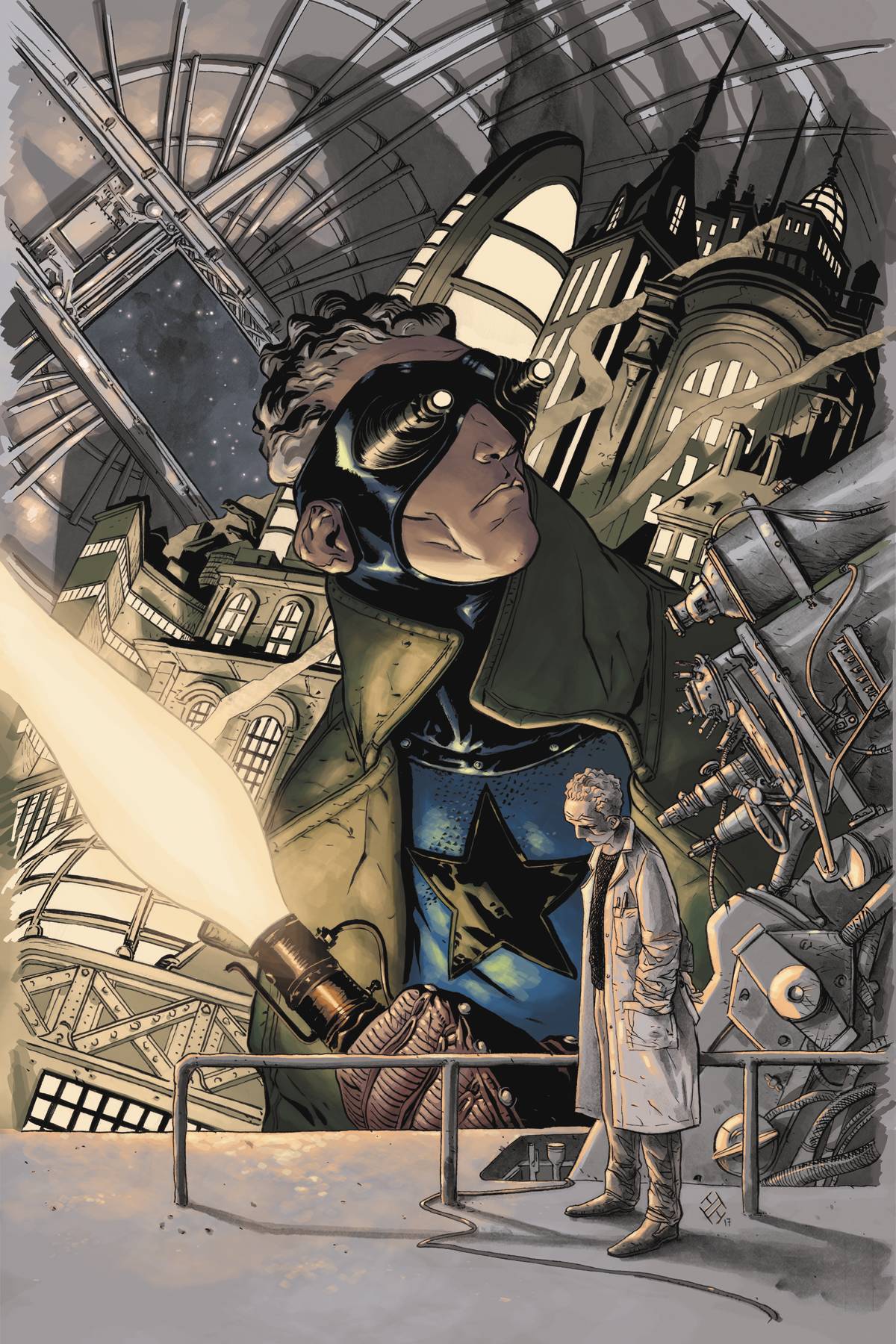 From DC this week, Detective Comics hits issue #975, and in a 30 page story, details “The Trial of Batwoman”. Batwoman faces scrutiny from Batman and Red Robin but stands up for her actions. Will Batman allow her to continue bearing his symbol after everything she has done? 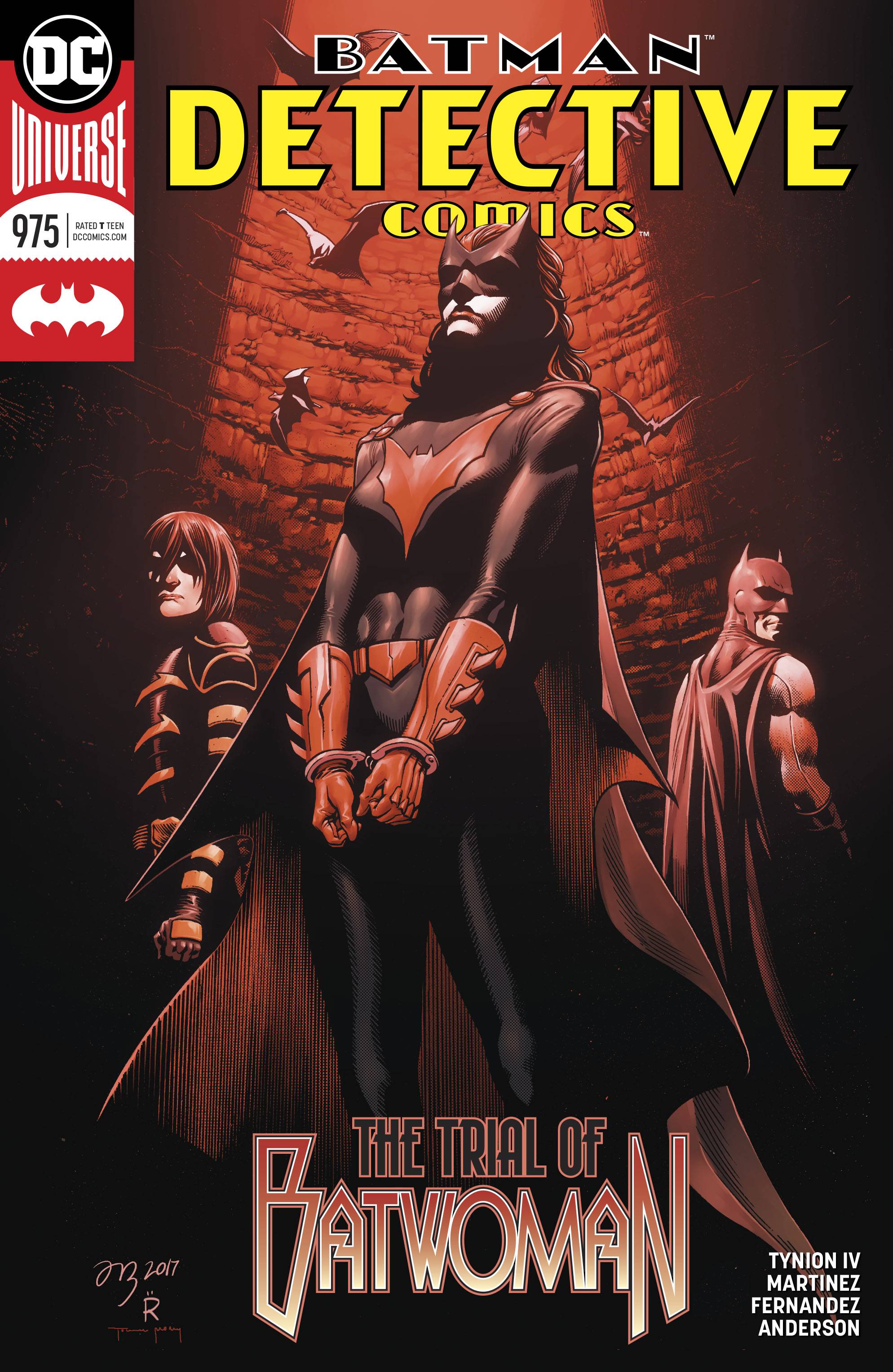 Also new this week, a new 6 issue mini-series kicks off featuring Mera Queen of Atlantis! Written by Dan Abnett with art by Lan Medina and covers by Nicola Scott and ArtGerm! From the pages of AQUAMAN comes a brand-new adventure starring Mera, in her own title for the first time ever! As the brutal Atlantean Civil War rages, Mera must keep the peace between the surface world and Atlantis as its newly anointed queen in exile. But when Aquaman’s brother Orm, a.k.a. Ocean Master, learns of his homeland’s fate, he’ll stop at nothing to return to Atlantis as its king and savior! 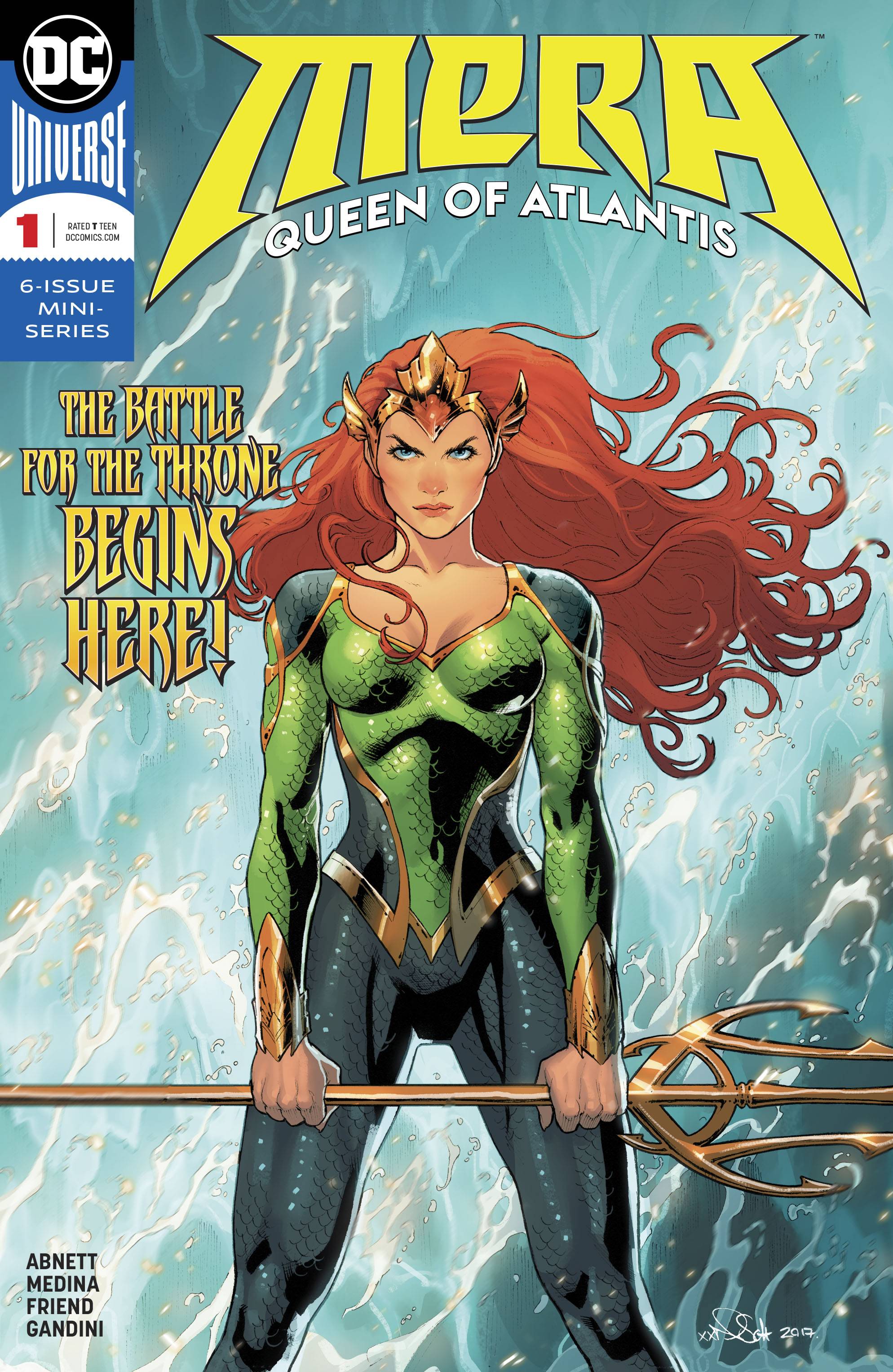 Lastly from DC, the New Age of Heroes continues with a team that we saw briefly in Metal. Terrifics #1 is written by Jeff Lemire with art by Ivan Reis and Joe Prado. Bound together by fate, united by the spirit of exploration and hope for tomorrow, the Terrifics are bound from the Dark Multiverse of Metal! When Mr. Terrific, Metamorpho, Plastic Man and Phantom Girl find themselves literally bound together by a tragic accident, our team of unlikely allies must rely on one another to make their way back home. But a startling revelation on their return trip brings them face to face with a new mystery: Where in the universe is Tom Strong? 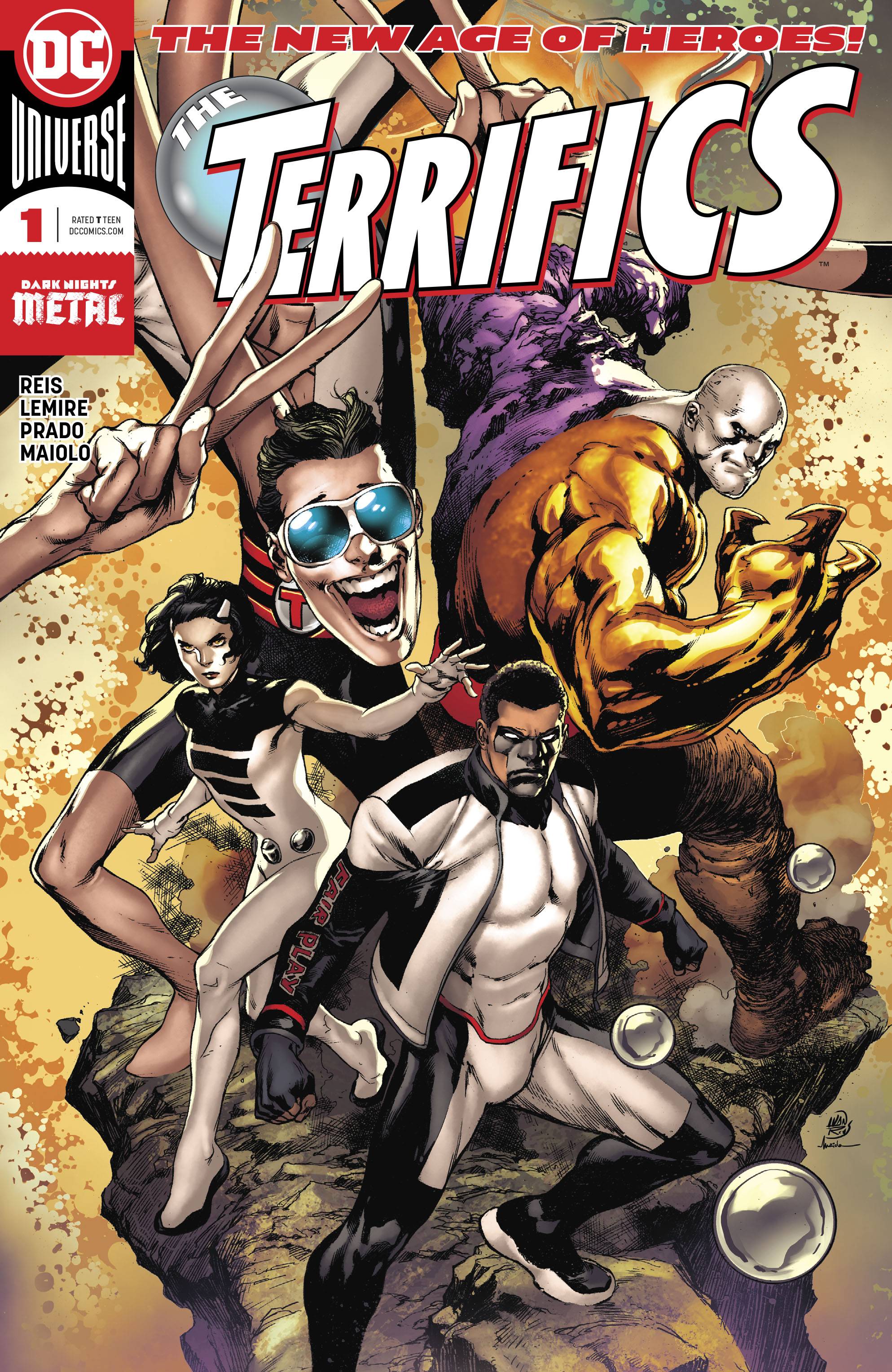 From Image this week, SAGA is BACK! New story arc starts here in issue #49! 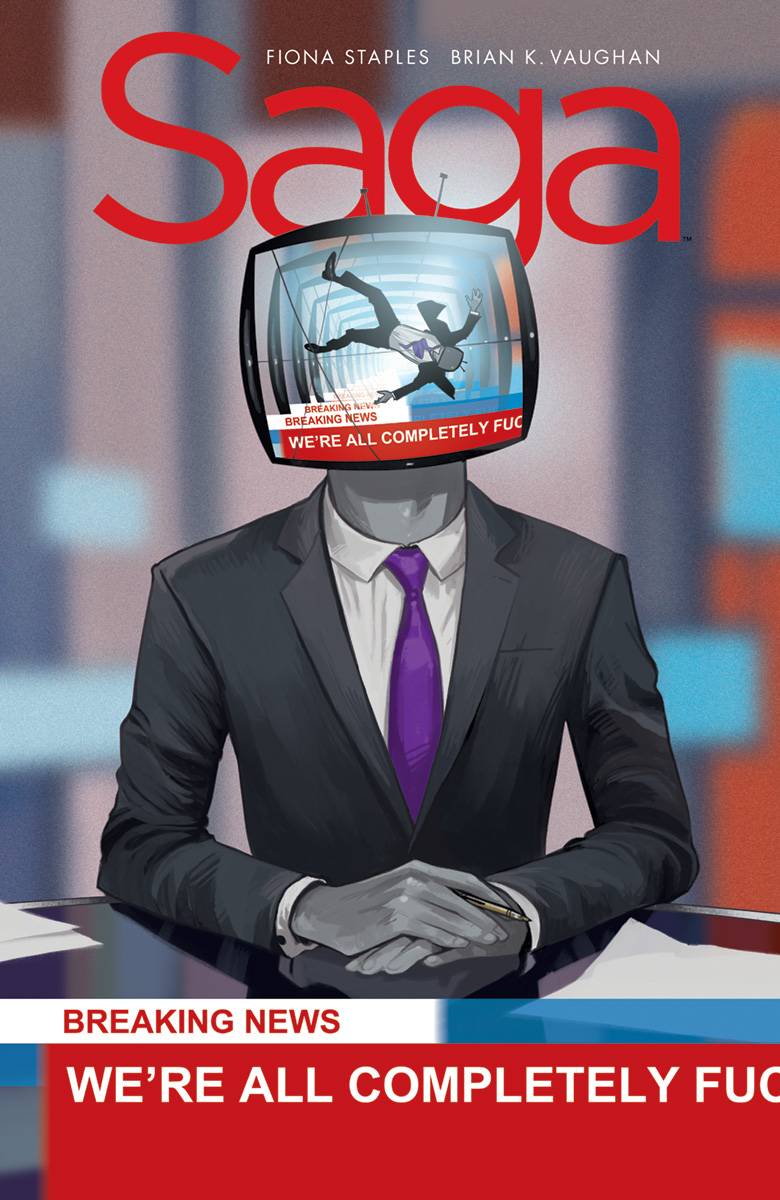 Also this week, a new 5-issue mini series called Beef debuts written by Richard Starkings and Tlyer Shainline with art by Shaky Kane. Chuck is a mild-mannered meat factory worker who is a little in love with a strawberry picker named Mary Lynn. But everything changes when Mary Lynn falls victim to the Vodino Brothers…. 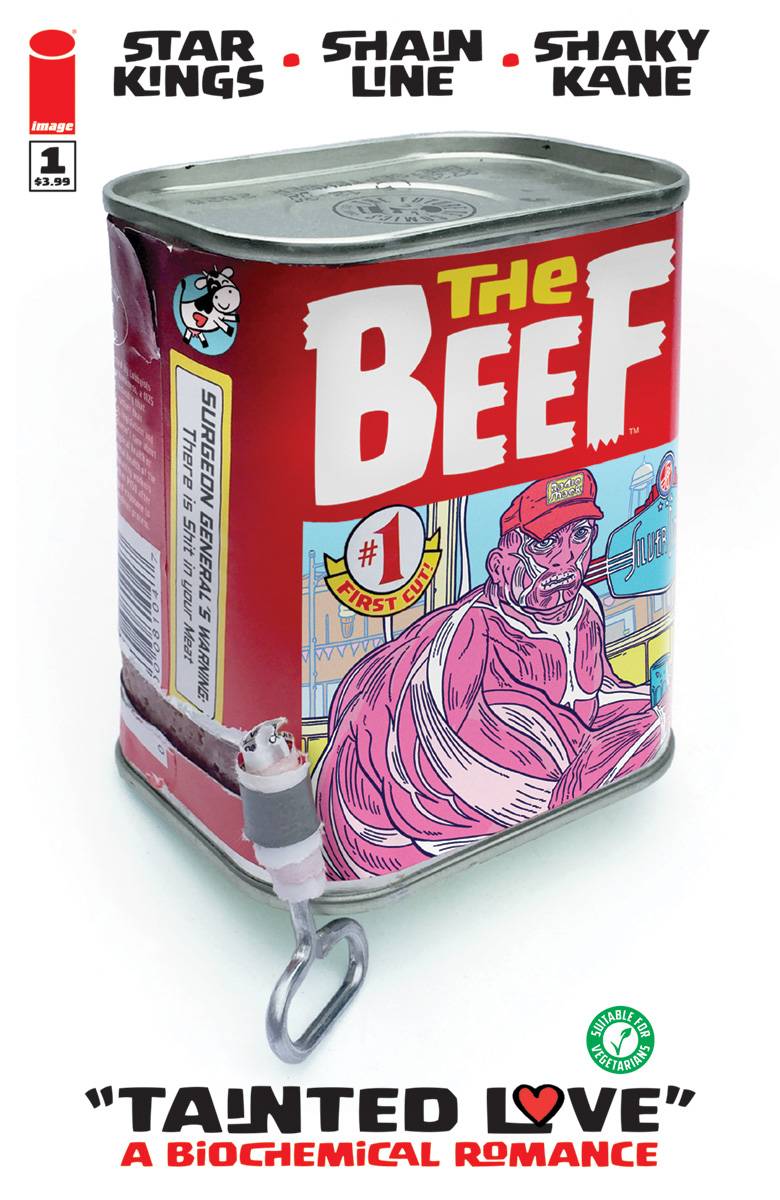 From Marvel this week, a new 5 issue mini series featuring everyones favorite giant dog debuts with Lockjaw #1. At long last, the dog has his day! Lockjaw spends most of his time defending the Inhuman empire alongside Black Bolt and Medusa. But when he gets a message that his long-lost litter mates are in danger, he’ll spring into action to save them! But wait – Lockjaw has brothers and sisters? Can they teleport? Are they Inhuman? Can they possibly be as gosh-darned cute as their big brother? All the answers are here! Get ready for an adventure worth fetching for! 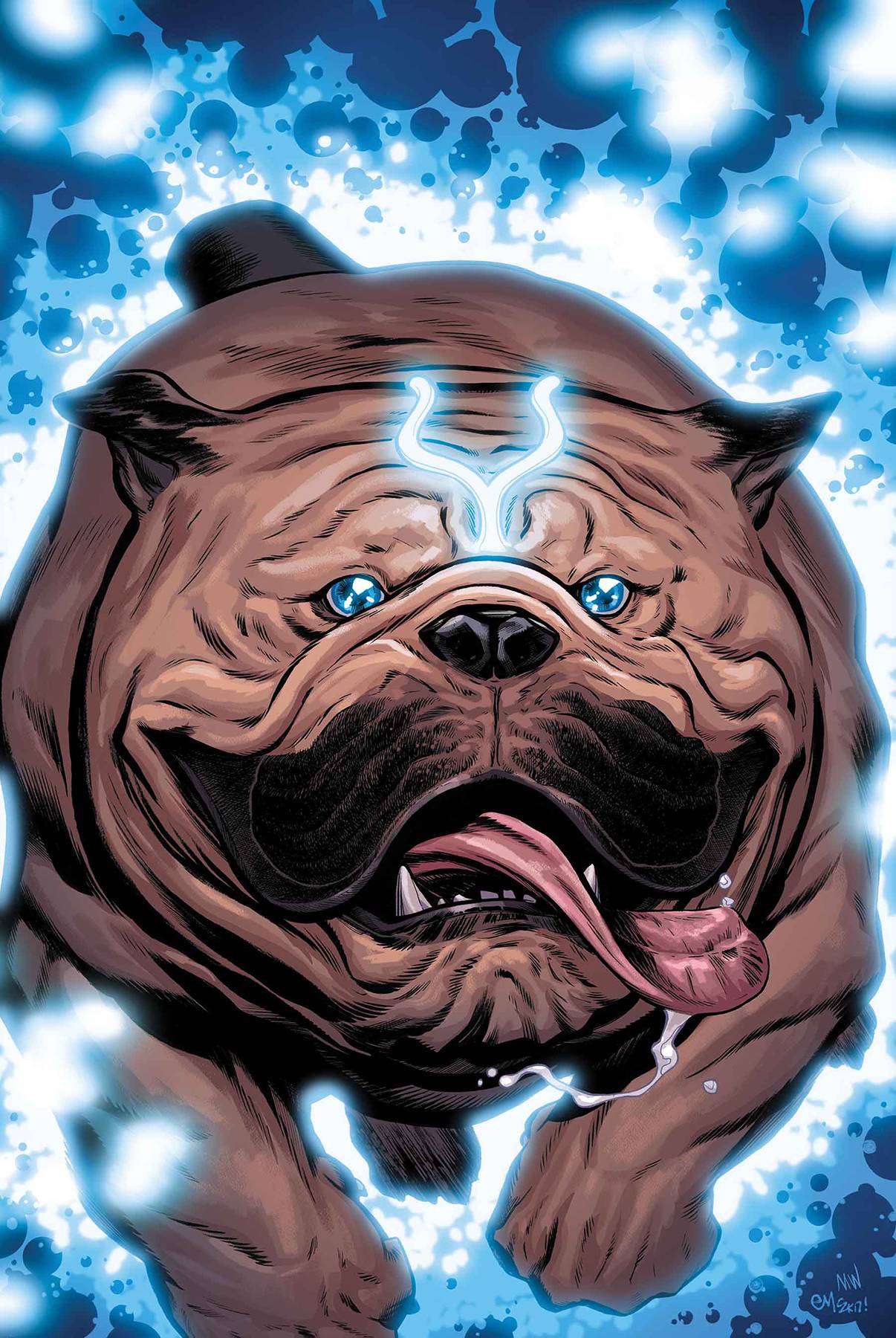 Also from Marvel this week, the series finale to Gwenpool with issue #25 and Peter Parker hits a milestone with Peter Parker Spectacular Spider-Man #300! 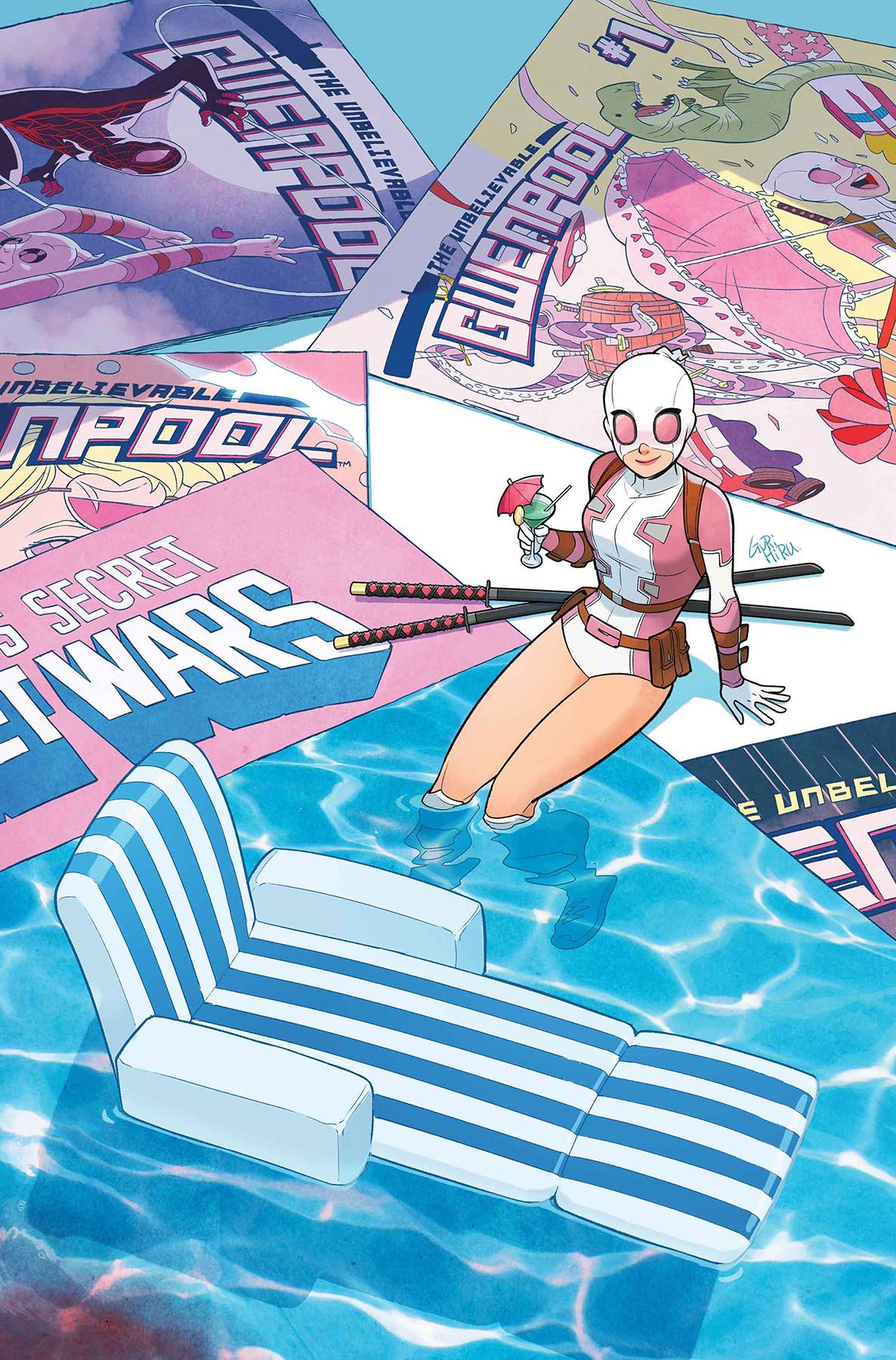 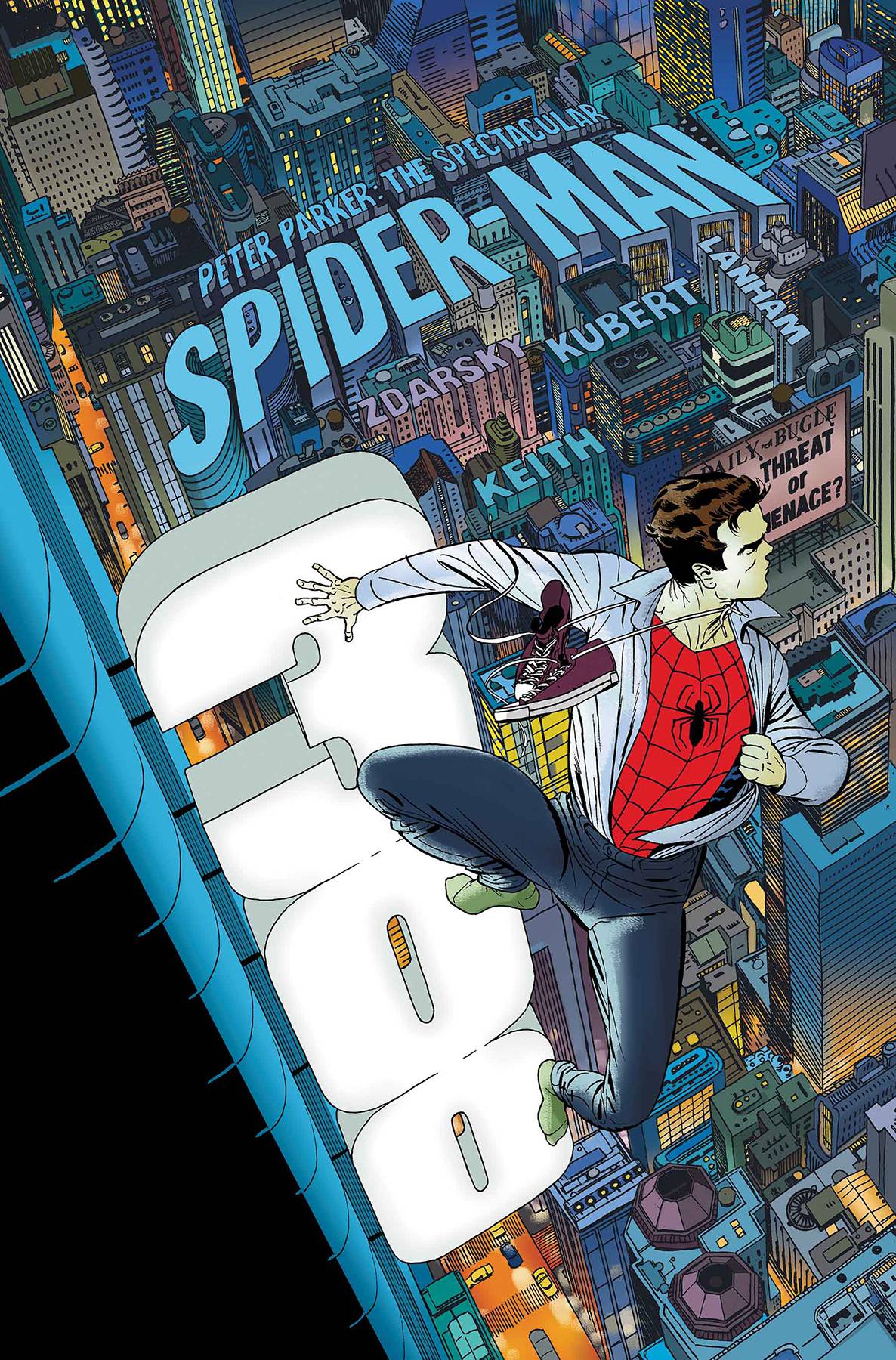 From Black Mask this week a new series called The Wilds debuts. Written by Vita Ayala with art by Emily Pearson. After a cataclysmic plague sweeps across America, survivors come together to form citystate-like communities for safety. Daisy Walker is a Runner for The Compound, a mix of post-apocalyptic postal service and black market salvaging operation. It is a Runner’s job to ferry items and people between settlements, and on occasion scavenge through the ruins of the old world. Daisy is the best there is at what she does. Out beyond the settlement walls are innumerable dangers: feral animals, crumbling structures, and Abominations – those that were touched by the plague and became something other. After a decade of surviving, Daisy isn’t phased by any of it – until her lover, another Runner named Heather, goes missing on a job. Desperate to find her, Daisy begins to see that there may be little difference between the world inside the walls and the horrors beyond. 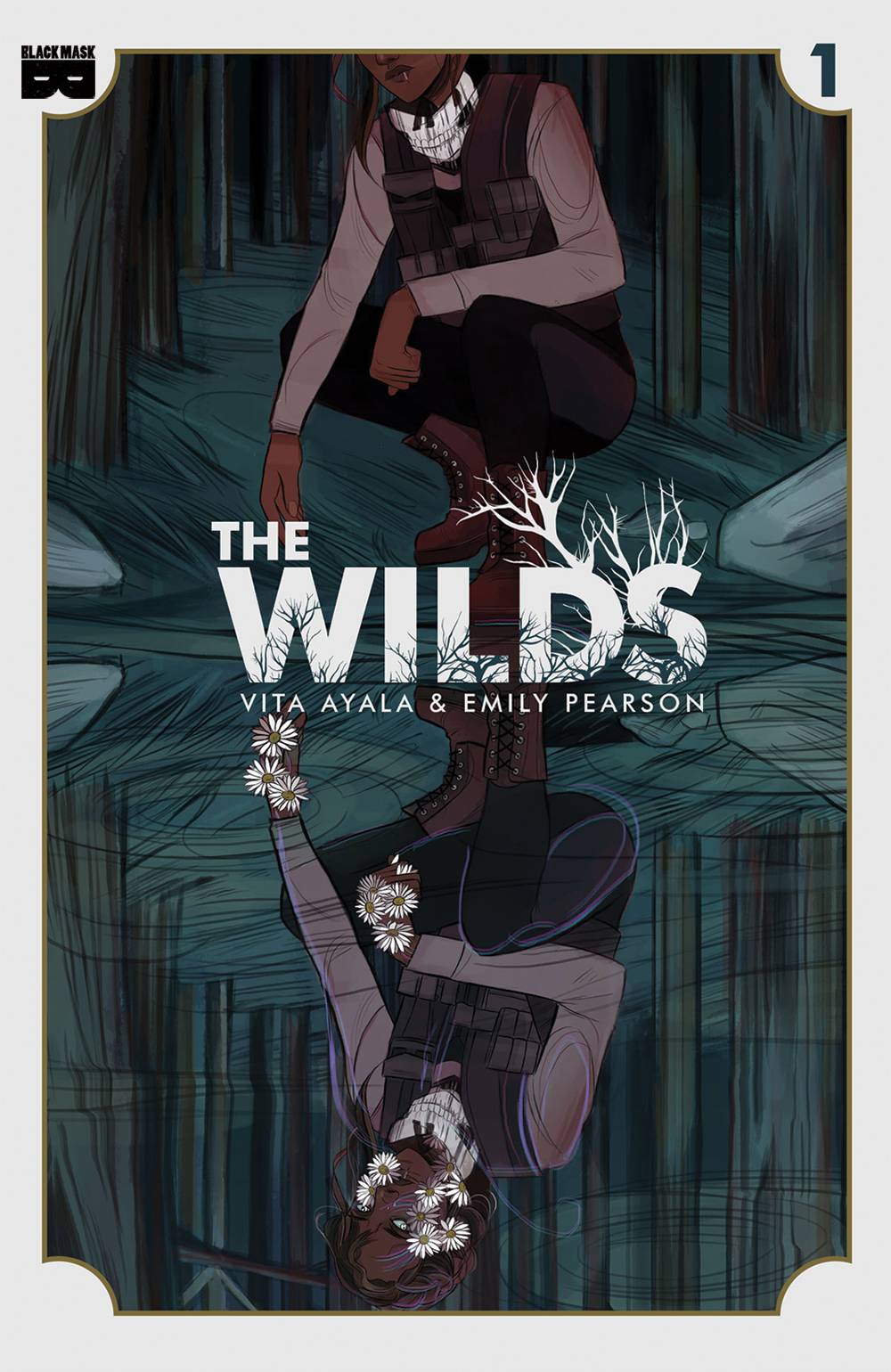 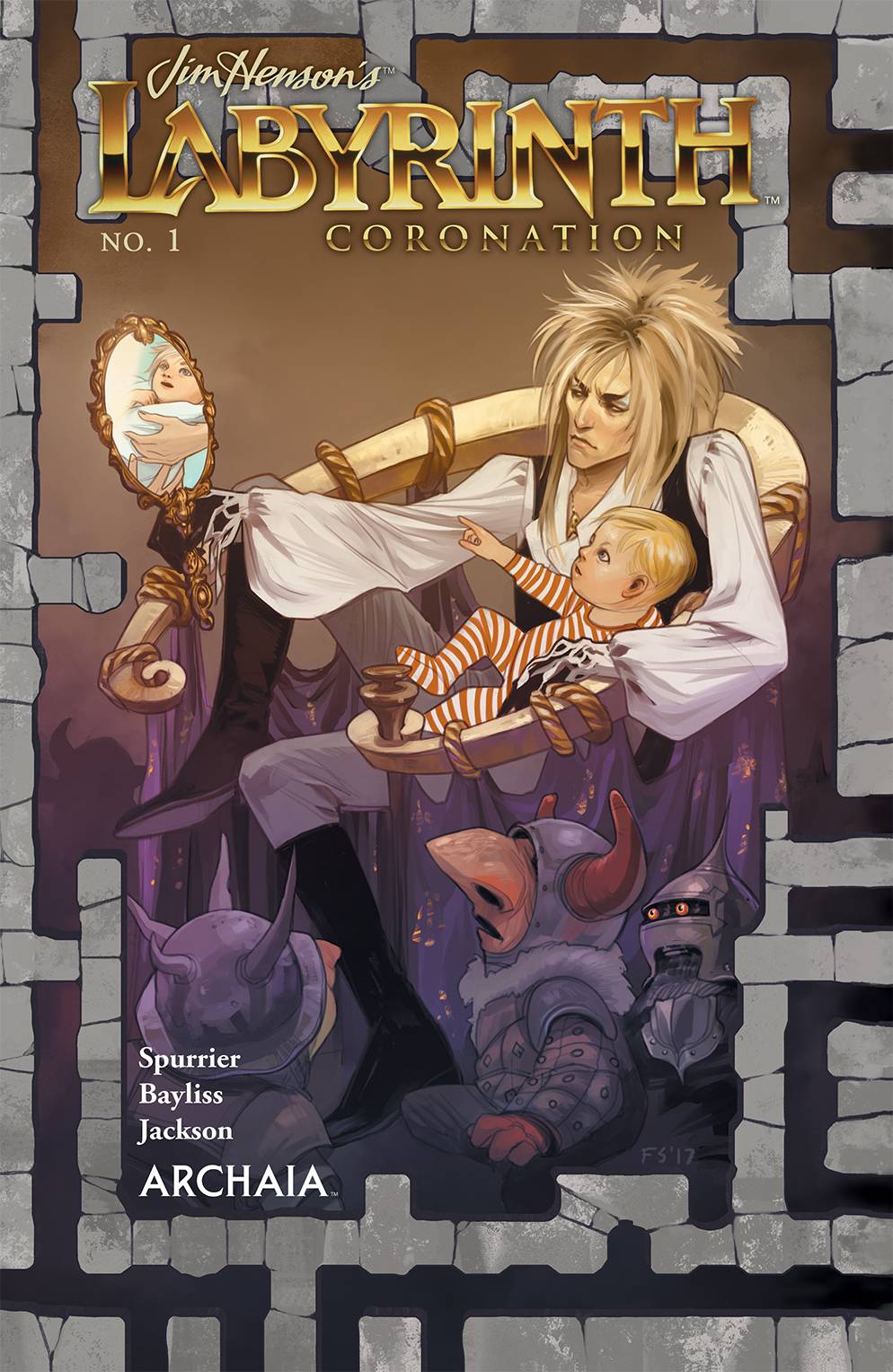