On The Horizon
Week to week we receive emails from comic book companies of all stripes. Taking those we present you with the things that we think will be the most interesting to you the listeners. If you have any news or announcements that you would like to share with Thinking Outside the Longbox shoot us an email at: outsidethelongbox@gmail.com
Kaleidoscope City by Marcellus Hall – Bittersweet Editions
Got an email this week about a new book coming out from Bittersweet Editions. In releasing what looks to be their fist graphic novel they are really pushing into the world of comic for the sake of artistry. Their press release bills Kaleidoscope City as, “…a spellbinding book, a remarkable graphic novel debut by an accomplished illustrator and acclaimed musician discovering a new creative medium.

With Kaleidoscope City, Marcellus Hall has created a meditation on romance and our collective need for connection. The book provides snapshots from a year in the life of an artist struggling to rebound from a failed romance. As the seasons change, the unnamed man searches the five boroughs for inspiration. Buoyed by his curiosity and a search for meaning, with sketchbook in hand, he finds inspiration in unexpected places, from far-flung neighborhoods to fleeting glimpses of a mysterious woman. With its beautiful line work and sparse, emotive prose, the book is an ode to creativity, a love letter to New York City and a celebration of urban life.
Marcellus Hall is known for his illustrations for The New Yorker, The Wall Street Journal, The Atlantic, and Time and numerous children’s books, and his music. In the 1990’s, Hall formed the band Railroad Jerk, providing vocals and playing guitar for the influential, industrial grunge-folk act whose four LPs on Matador Records helped define an era.”
The Book is already getting good reviews, and I for one am always interested in the cross roads of art, words, and music.
Coyotes Volume 1 – Sean Lewis w., Caitlin Yarsky a. – Image Comics
A cool entry into comics in the last year that I just couldn’t put into my pull because of budgetary constraints will be coming out in trade in April, and I for one am fairly excited. I will be picking this up because as you can read from their press release it is right up my alley:
“Writer Sean Lewis (THE FEW, SAINTS) and artist Caitlin Yarsky will collect the first four issues of their dark fantasy series COYOTES this April. 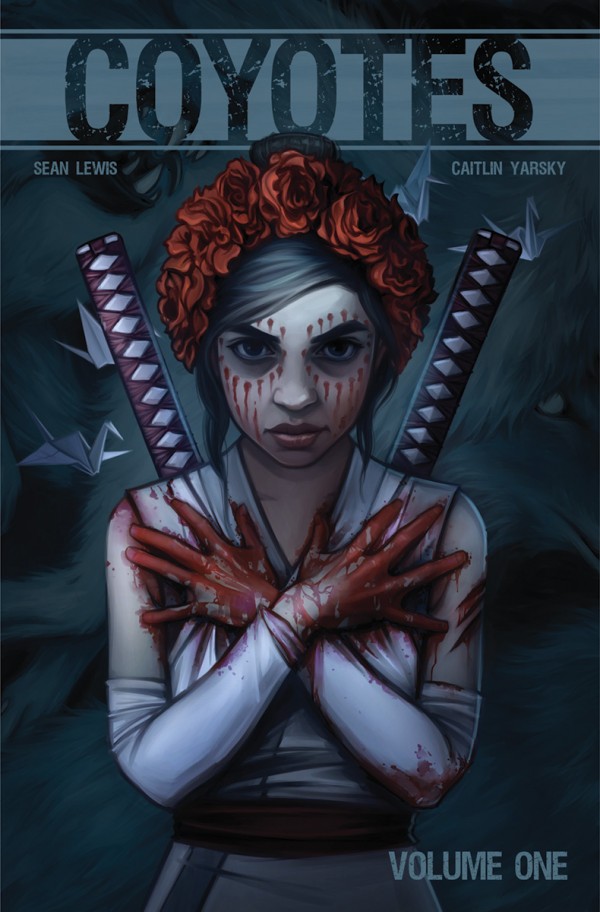 In a dusty desert town on the southern border of the United States, women are going missing. Detective Frank Coffey is called in to investigate—and finds Red, a 13-year-old girl with a sword and a mission: to murder the werewolves stalking the border and picking women off one by one.

It’s Kill Bill meets The Howling in the cutthroat world of COYOTES, where nothing is ever as it seems.

COYOTES, VOL. 1 (ISBN: 978-1-5343-0647-9, Diamond code: JAN180663) hits comic book shops Wednesday, April 11th and bookstores Tuesday, April 17th.” This is one that you need to tell Jon about so you can pick your copy up at Hall of Justice Comics and Collectibles.
Euthanauts – Tini Howard w., Nick Robles a. – IDW/Black Crown
I am a sucker for pretty much anything that feels like a doom metal album come to life and the plot summation of Euthanauts is exactly that. In their press release Black Crown says: “…diving into the great beyond with EUTHANAUTS, her (Tini Howard) second Black Crown title. She’ll be joined by artist Nick Robles (Alien Bounty Hunter) to answer the ultimate question: What happens to us after we die?
Two women aim to find out in this series which combines classically intrepid explorers with our anxieties about death and the beyond — with psychonautic mindspaces to match. The first arc will kick off this July.
‘Euthanauts is a book about death and dying as a universal concept,’ said Howard. ‘How do these ideas contribute to our relationship with a deathspace we haven’t yet discovered, and what’s behind the light at the end of the tunnel?’
‘I keep telling friends that I feel like I found a creative home with EUTHANAUTS,’ adds Robles. ‘I’m inspired and excited to see where Tini takes us.’”
Through Black Crown IDW can take some chances on things that would have been on a label like Vertigo, or Image, and that is a good place for any comic company to be. Bring on the creativity IDW! 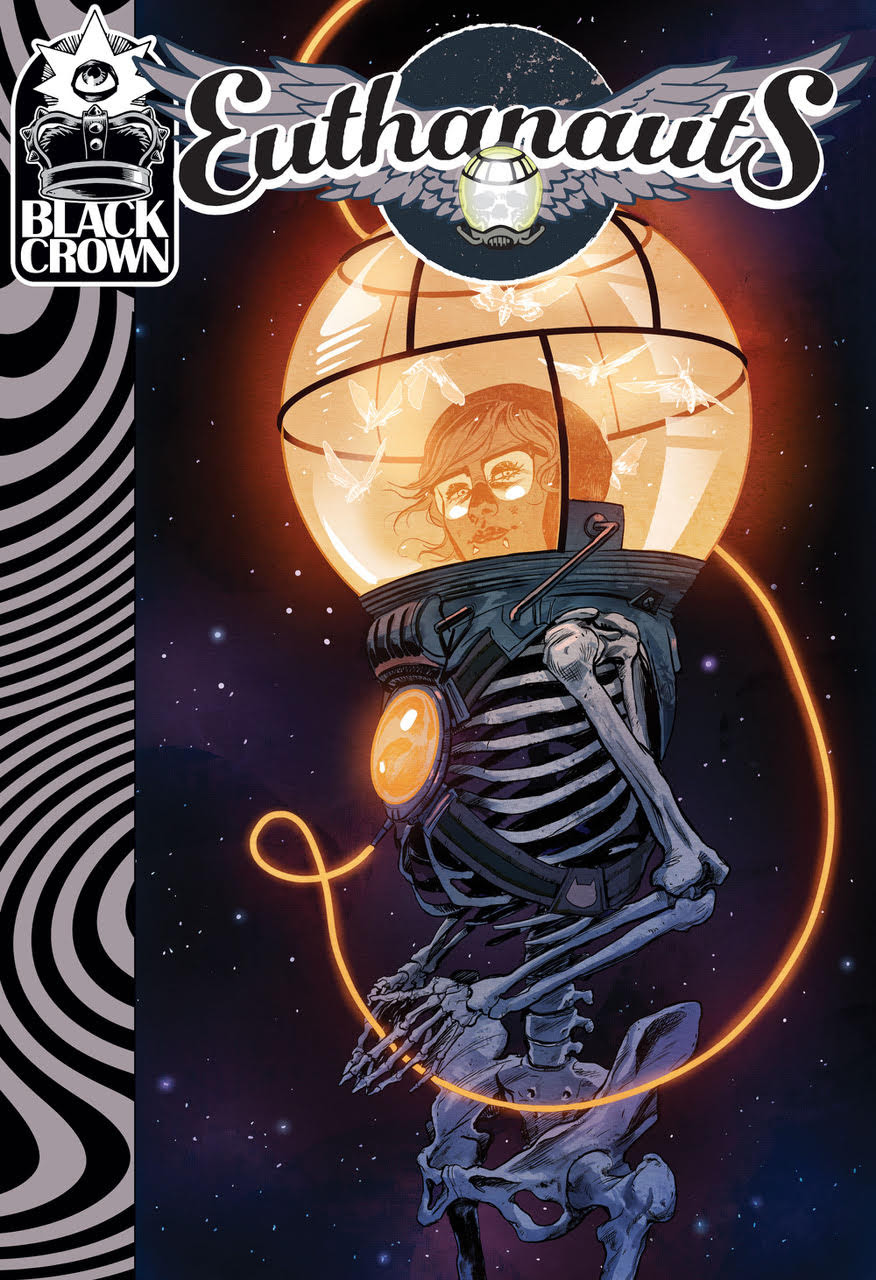