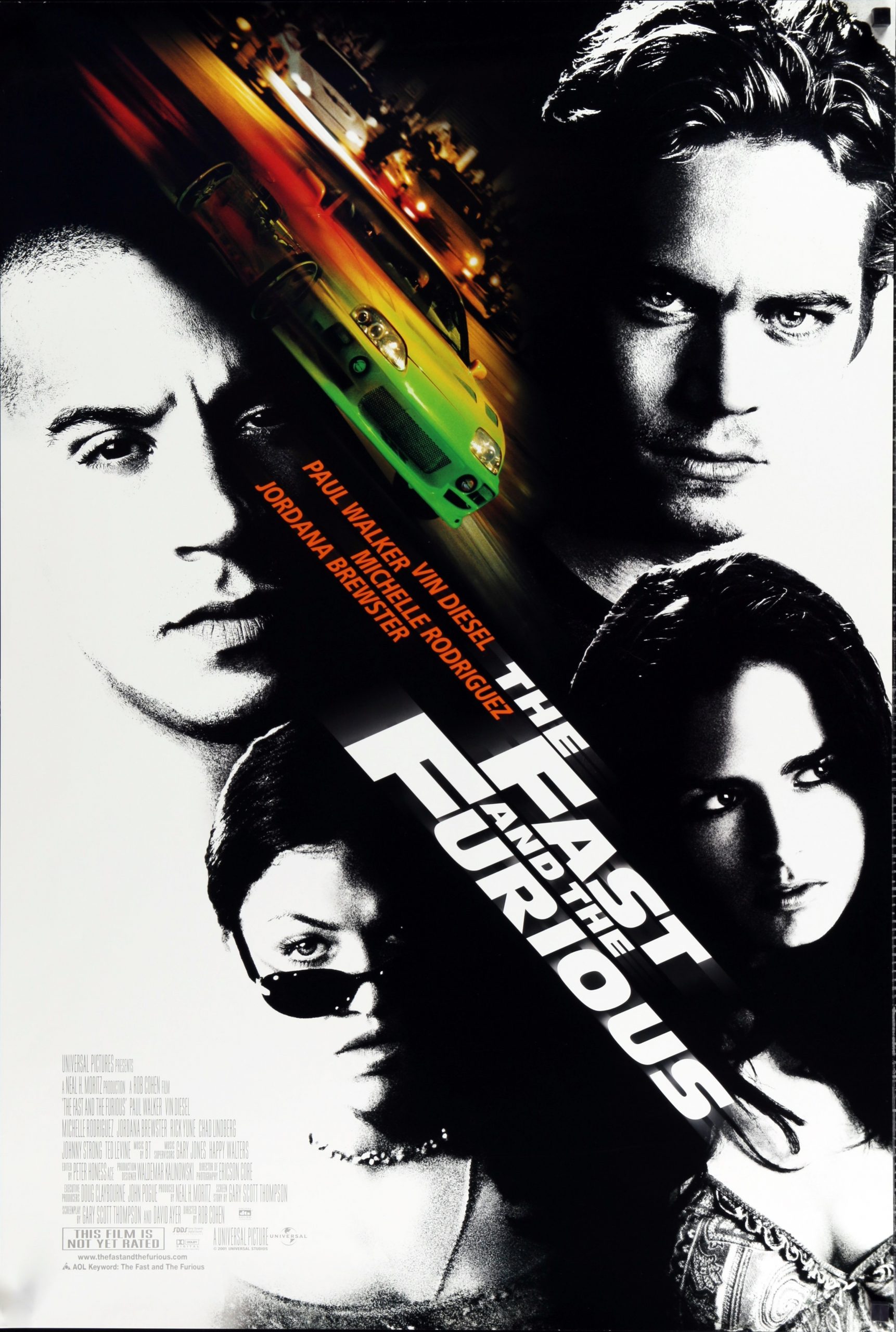 We’re going all the way back to 2001 for our pop culture classic for this episode!! The origination of “family” as we know it, straight from Vin Diesel’s mouth! This movie has spawned a series that goes into ten different films! We are of course talking about the original Fast & Furious!!

“Dominic Toretto (Vin Diesel) enjoys the adrenaline of street car racing and his fans treat him like a rock star. After a blazing encounter with the ruthless Johnny Tran, Dom decides to take Brian (Paul Walker), a newcomer to street racing, under his wing. Dom’s sister Mia sees something she likes in Brian, too. Trouble is, neither of them realize he’s an undercover cop, and Dominic and his rival Johnny Tran are both the prime suspects in a case involving dirty money and big-rig hijacking.”

While you might know this franchise as being dominated by The Rock and with more and more over the top fighting and car tricks that make no sense in physics, in 2001 is where the series has its humble beginnings. Starring Paul Walker as an undercover cop, and Vin Diesel as a thief, this is where it all begins and starts what will be a MASSIVE cash cow, and reinvigorated franchise!