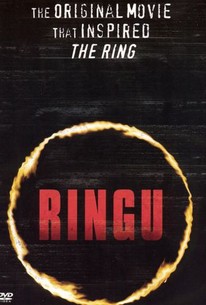 You have “seven days” in order to listen to our newest episode!! Of course nothing will happen if you don’t listen, but you will miss out on a great episode!! Our pop culture classic is actually a two for one for this episode! We’re watching the classic Japanese horror film, Ringu! PLUS we are speaking about its American counterpart, The Ring! I think that if you take the time to revisit both of these films, that you’ll actually find that you’ll be satisfied! The Ring gets a lot of grief for being a reboot, and not being Ringu, but they’re both REALLY solid films. This is one time that the reboot, performed well, as far as the original storyline goes. Don’t hate it because you think it didn’t respect the original, or you’re going to miss out on a pretty good movie! Take the chance, watch them both, and hopefully you survive until the eight day!!