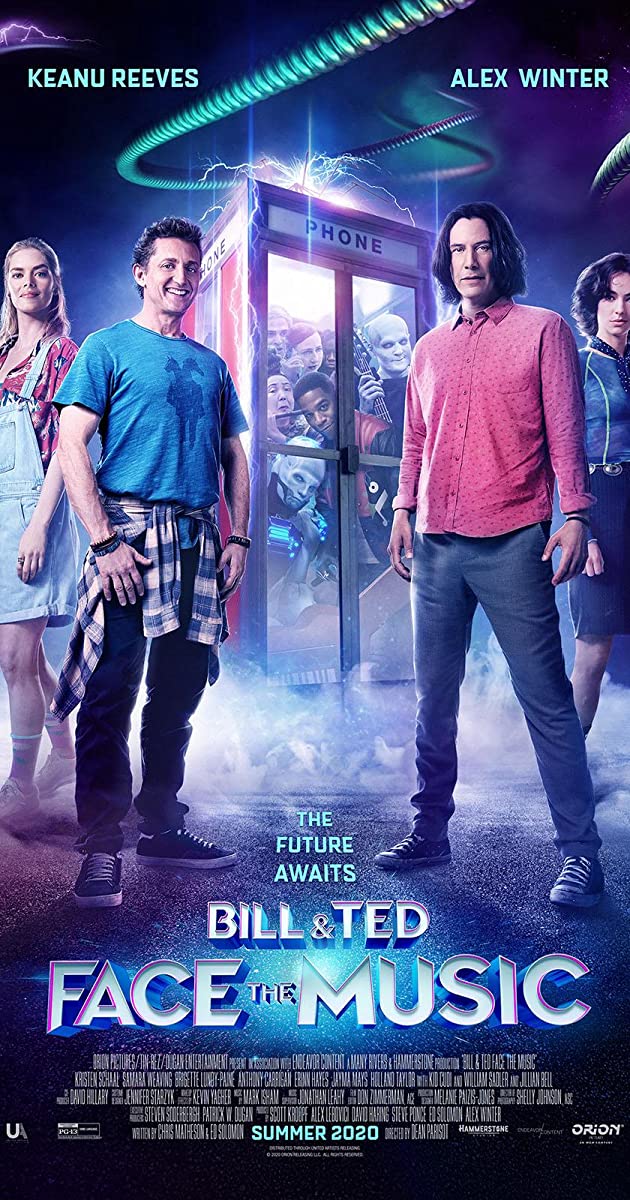 It’s been almost thirty years since we last saw Bill & Ted grace us with their hilarious time traveling antics! We think that it was well worth the wait, as Keanu Reeves & Alex Winter slip into their Bill & Ted persona’s for Face The Music, as if this movie took had taken place twenty five years ago!!

BUT, here we go again!! It’s time for Bill & Ted to FINALLY write and perform the song, that will untie the galaxy!! Only, they don’t know what the song is, and don’t think that they can make it happen in time to save everyone!! So, they jump into the future(s) in order to try and take the song from their future selves! Of course, this leads us to many funny encounters with future possible versions, include a hilarious jail scene! PLUS, their daughters, Theadora “Thea” Preston & Wilhelmina “Billie” Logan do their best to find the best band assembled from musicians from the past, in order to help their fathers!!