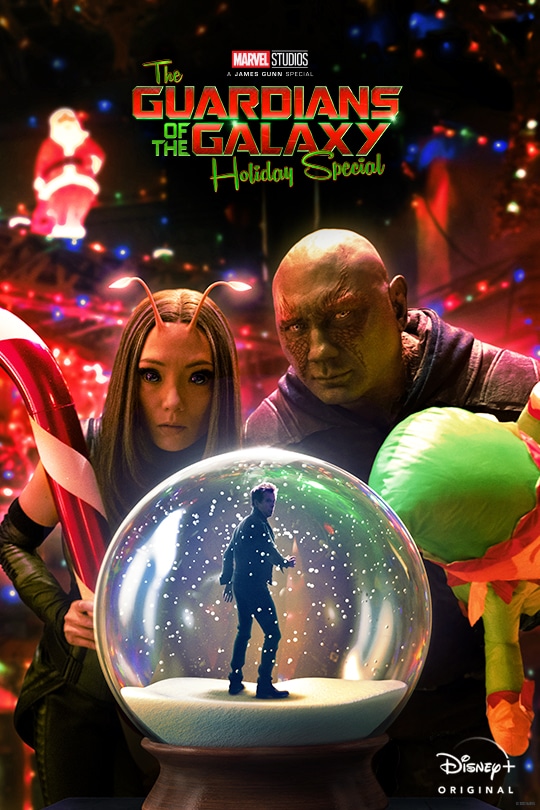 There are a few times in history, where a popular IP will try and put out a holiday special, to try and give the fans more of whatever that IP is. Well, there haven’t been many of those that were good (if any), and so there were many people who were afraid that this Guardians of the Galaxy Holiday Special would be more of the same, when it comes to holiday episodes/movies.

“Star-Lord, Drax, Rocket, Mantis, and Groot engage in some spirited shenanigans in an all-new original special created for Disney+.”

What do you give your best friend who you know has everything that he’s ever wanted? Well, Drax and Mantis think that Quill deserves something special. They think that he deserves to have the greatest hero of all time for Quill to open up during their Christmas celebration! That hero is of course, Kevin Bacon! Watching Drax & Mantis get drunk, while trying to kidnap Kevin Bacon, is hilarious, and you know calamity ensues for sure! This is definitely worth the, less than an hour, family break on Christmas!!