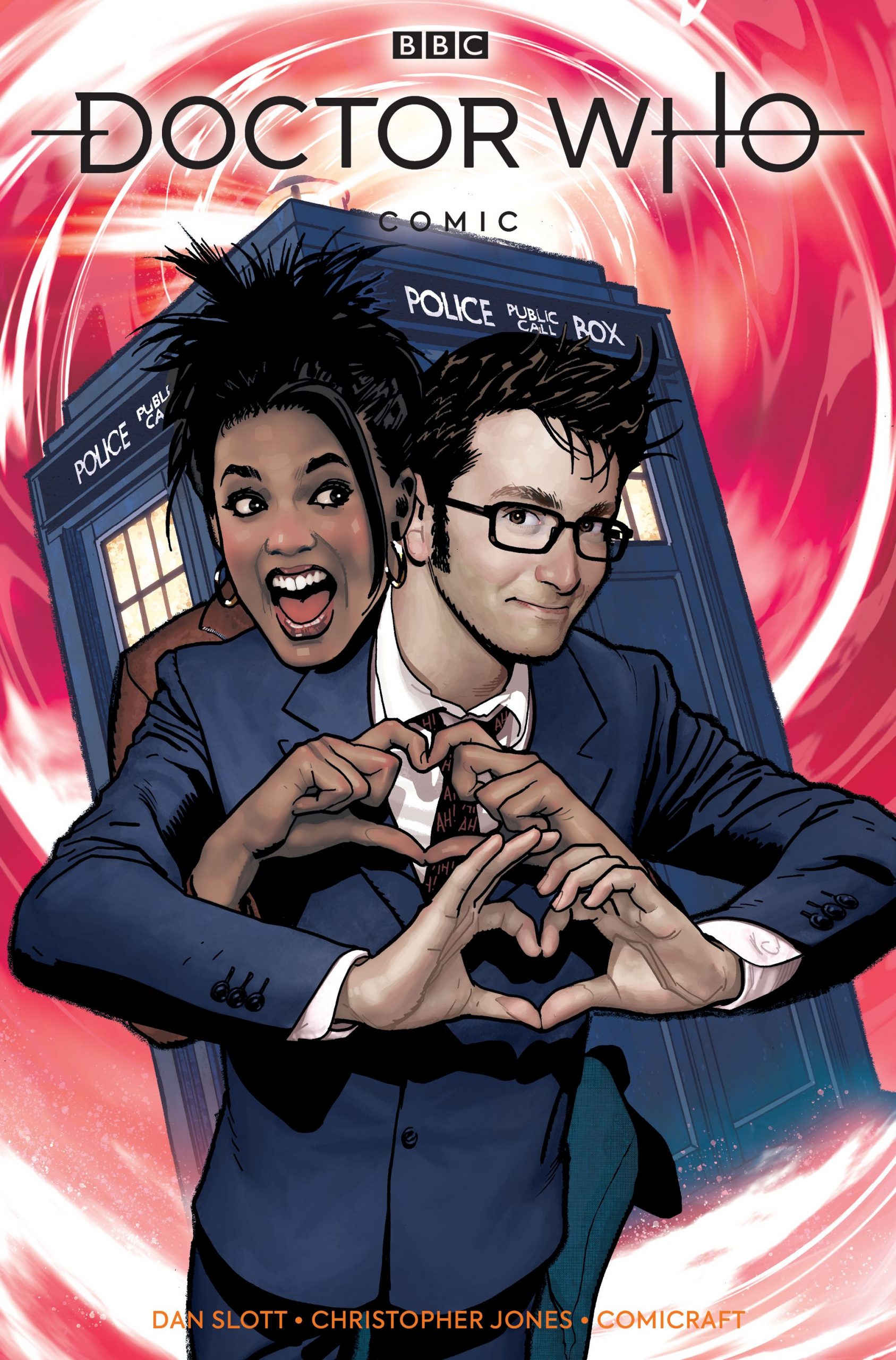 We’re excited at pretty much all news when it comes to the hit series, Doctor Who! Well if you haven’t already heard the news, Dan Slott has been tapped to create a new Doctor Who comic book for Titan Comics, featured the 10th Doctor, and Martha Jones! As part of that awesome project, we now know that amazing artist Adam Hughes has created the awesome cover art (pictured at left) for this special Doctor Who run!

“DOCTOR WHO: SPECIAL 2022 is written by Dan Slott (Spider-Man) and illustrated by Christopher Jones and Matthew Dow Smith.

Witness the incredible adventures of the Tenth Doctor like never-before! Writer Dan Slott – known for his critically acclaimed work on Marvel Comics such as The Amazing Spider-Man, She-Hulk, Silver Surfer, The Superior Spider-Man, Tony Stark: Iron Man, The Mighty Avengers, and Fantastic Four – is set to delight fans with an epic story that sees companion Martha Jones captured by the insatiable Pyromeths, and her only hope for survival is to keep them distracted with sensational untold tales of the Tenth Doctor facing off against his greatest foes – both classic and new!”