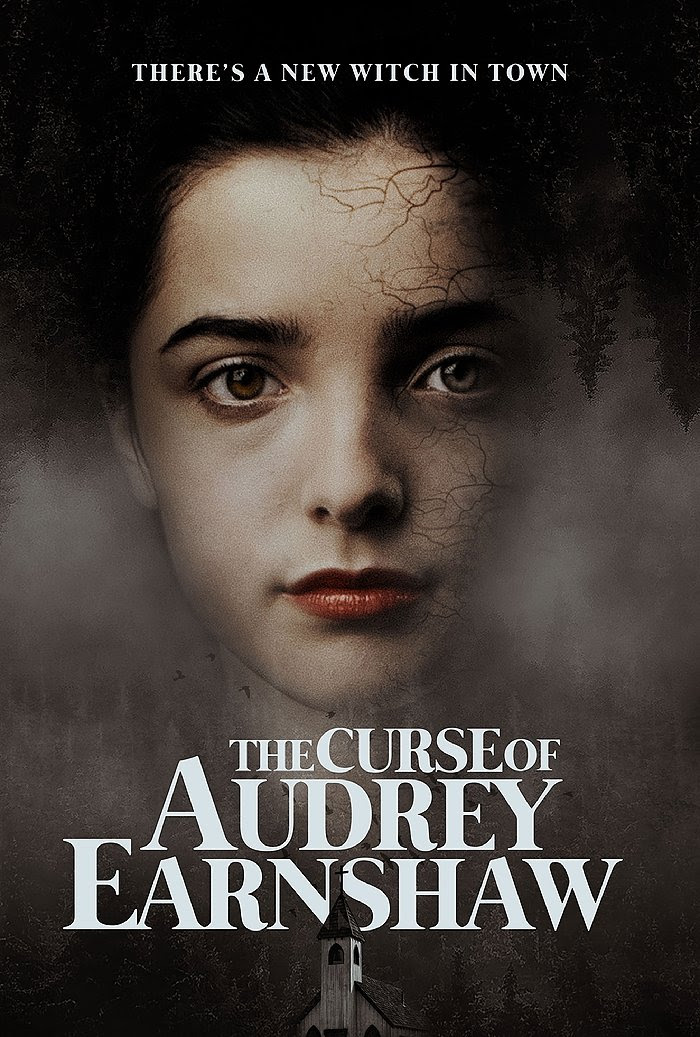 If you’ve listened to any of our show, you know that we absolutely love a good horror project! Whether it’s a series, or a good movie, we’re going to consume and enjoy it!! That brings us to The Curse of Audrey Earnshaw! So far it’s got a 100% on Rotten Tomatoes, and it’s going to be hitting limited theaters and VOD on October 2nd! Check out the trailer at the end, and you’ll see how creepy and fun this movie looks!

Set against the autumnal palette of harvest season in 1973, THE CURSE OF AUDREY EARNSHAW explores the disturbed bond between Audrey, an enigmatic young woman, and Agatha, her domineering ‘mother’, who live secretly as occultists on the outskirts of a remote Protestant village. As the community is besieged by a pestilence of unknown origin: children, fields, and livestock begin to die — yet the Earnshaw farm remains strangely unaffected. As mass hysteria sets in the village, the townsfolk commence accusations against Audrey and Agatha of witchcraft.

Capturing a perfect mixture of religious paranoia and folklore horror, Thomas Robert Lee’s THE CURSE OF AUDREY EARNSHAW is a haunting and unflinching tale of vengeance.

THE CURSE OF AUDREY EARNSHAW celebrated its world premiere at Fantasia Fest 2020, coming out with raving reviews. The film will be releasing in limited theaters on Friday, October 2, 2020 and will be available on major VOD/Digital platforms beginning Tuesday, October 6, 2020.

“I wanted to tell a story about legacy, and to specifically explore it within the context of a folk horror narrative,” says writer/director Thomas Robert Lee. “The community grows increasingly desperate as their given circumstances grow dire. In reality, the pandemic appears to have amplified hatred and xenophobia, or at least the voices of those spewing hate speech. Obviously there is a world of difference between my screenplay and the very real ramifications of the pandemic, but the similarities, however surface-level they may be, have certainly been on my mind these past months.”