Hey everyone! June is here and man is it hot already! 2 weeks away from Denver Comic Con, so that is pretty exciting too! If you are in Parker this weekend come swing by and say hi to us at Parker Days. We will be in booth 509 in front of the PACE center! Lets get to it!

From DC this week, Justice League #1 hits the shelves! From superstar writer Scott Snyder and artist Jim Cheung, this new series kicks off right after the events of Justice League No Justice and Dark Nights Metal! The Justice League is launched into a cosmos-shaking mystery that will draw out their most terrible foes…in ways our heroes couldn’t possibly imagine! In this debut issue, Martian Manhunter struggles to protect the team from an incoming threat that will shatter the world as they know it, while a familiar face strikes out on a dark path… 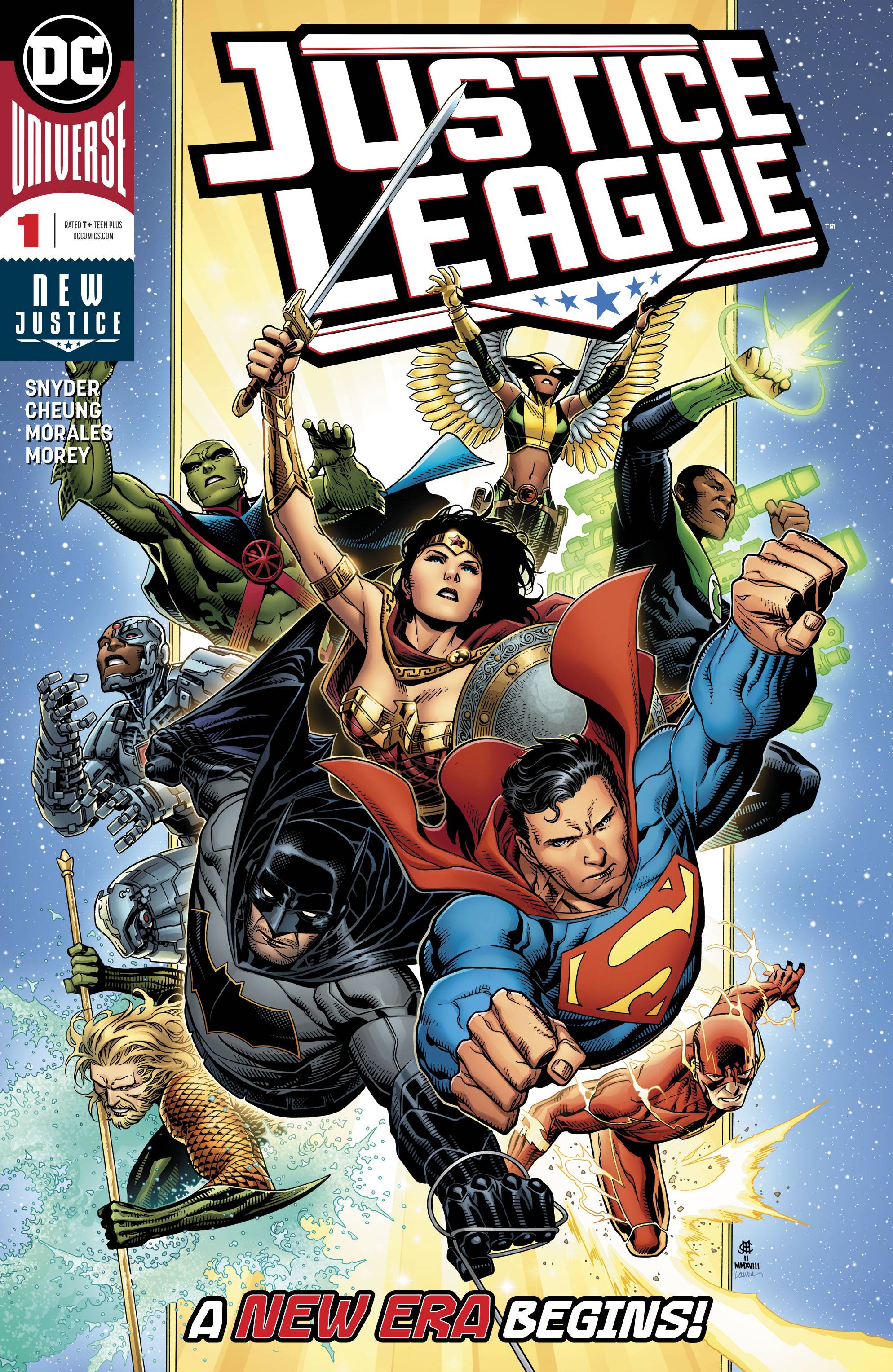 Also this week, as part of the New Age of Heroes, the Unexpected #1 hits racks! Written by Steve Orlando with art by Ryan Sook. In the aftermath of DARK NIGHTS: METAL, the DC Universe has been forever changed as new heroes are called out of the shadows. Amid this all is Janet Fals…Firebrand! Once a paramedic dedicated to saving lives, she must now start a fight once every 24 hours to feed the Conflict Engine that’s replaced her heart. But Janet’s heart isn’t just a curse-it’s a beacon, drawing out both the mysterious Neon the Unknown and the seductive, malevolent Bad Samaritan. One of them wants to cut out her heart, the other wants to save it-but neither of them knows the true danger hidden within that will kick off a superhero manhunt ranging from Thanagar to the deepest heart of the Dark Multiverse! 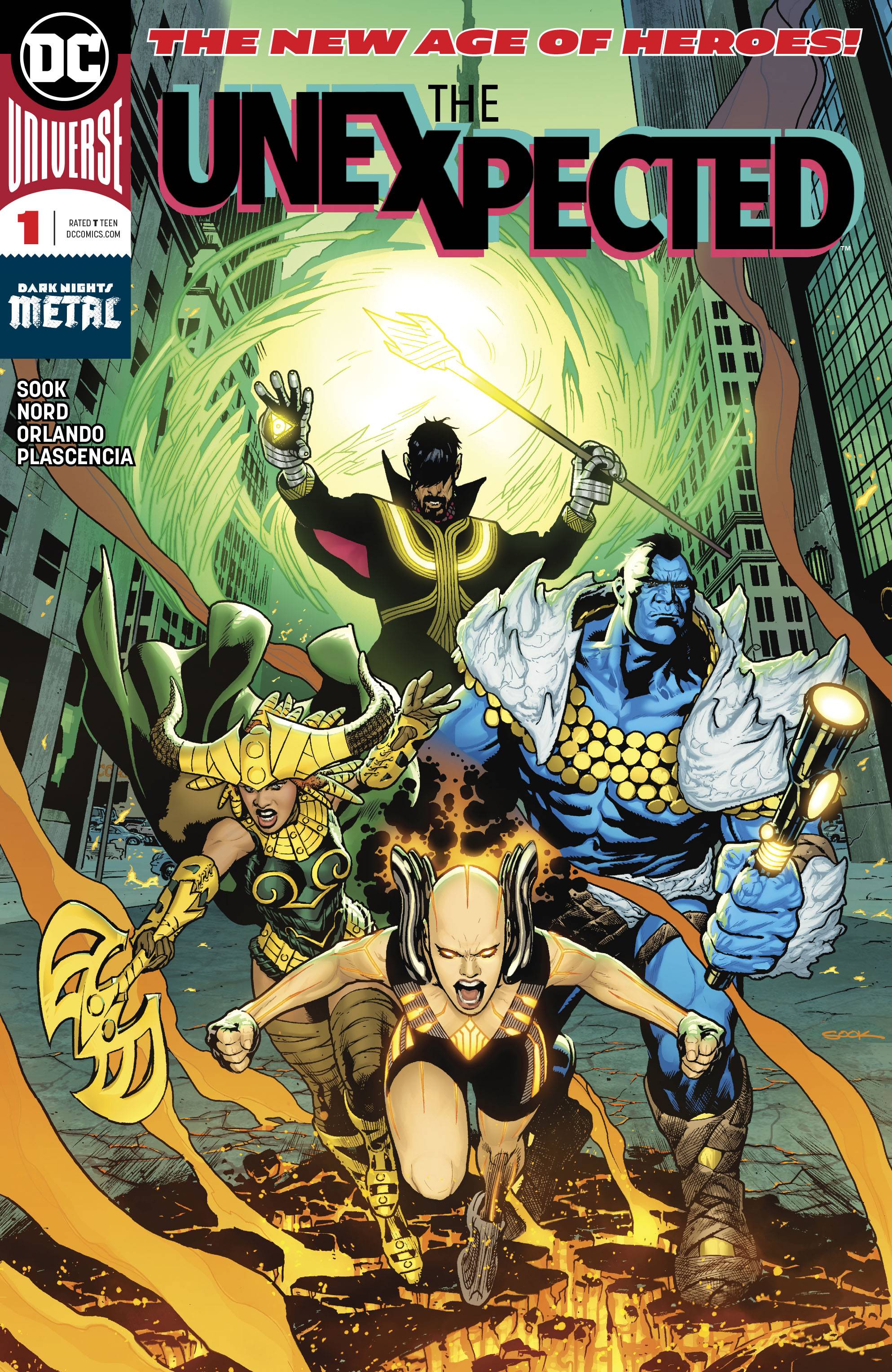 From Marvel this week, a slew of new #1s hit the rack, starting off with Ant Man and the Wasp #1 (of 5). Wasp was just trying to help Ant-Man get home to Earth to see his daughter…but a little problem got in the way. Very little. Subatomic, in fact, as Scott Lang was lost in the vast spaces between atoms! Now, Nadia is his only hope of rescue…if only he would listen long enough for her to save them! From master storyteller Mark Waid (CAPTAIN AMERICA, CHAMPIONS) and Marvel Young Gun artist Javier Garrón (SECRET WARRIORS, STAR-LORD) comes a story of a big journey getting smaller all the time! 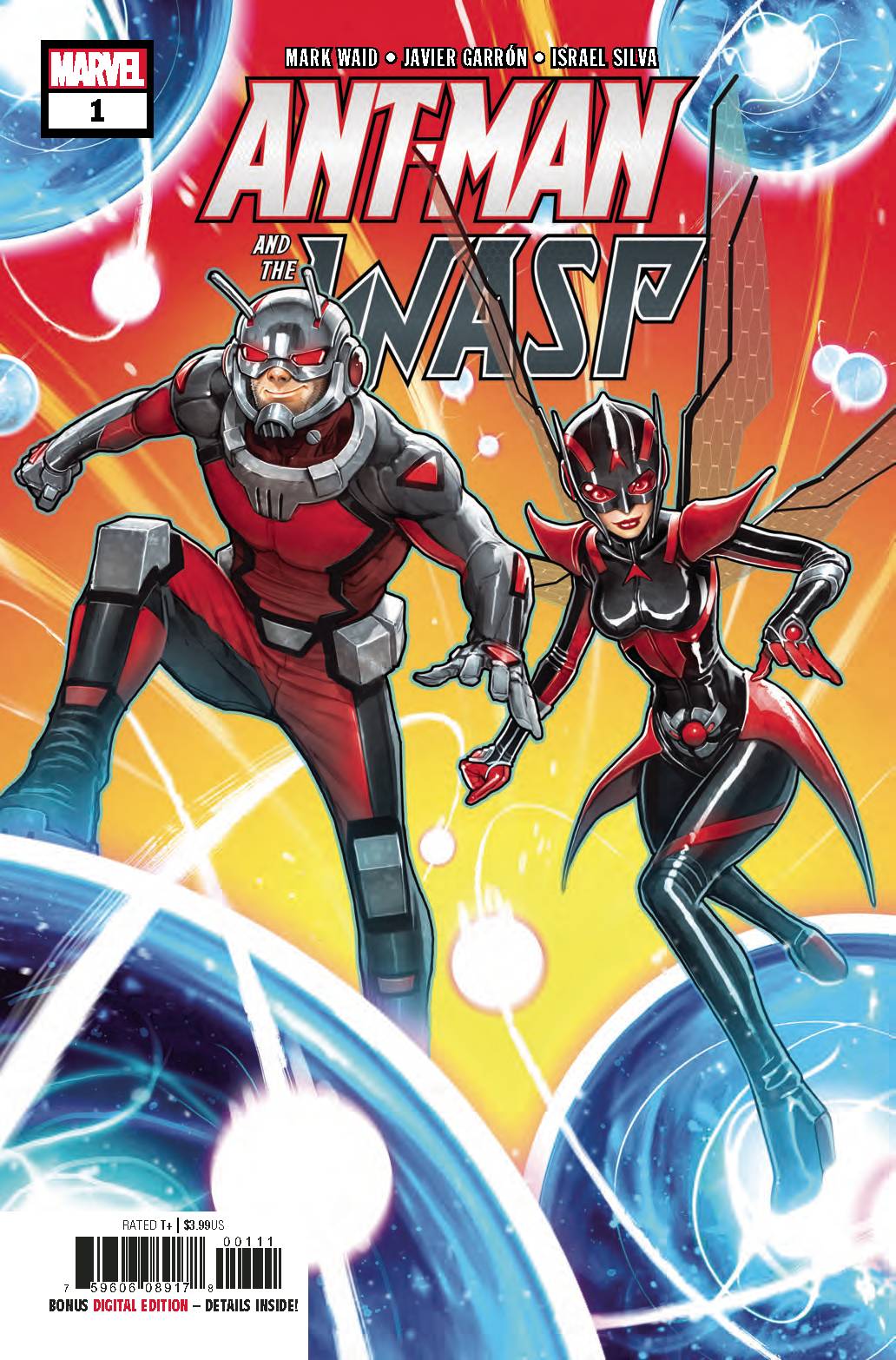 Dazzler X Song #1 kicks off this week. The Brooklyn punk scene has never been cooler with DAZZLER’s new band taking center stage. But while she’s trying to find herself and reconnect to the one thing she’s always loved, Dazzler stumbles upon a truly toxic part of the underground punk scene. When a new and violent gang threatens the young Inhuman fans that follow her from venue to venue, Dazzler may have to turn to her own past to provide some guidance–and butt kicking. Written by the Eisner-nominated Magdalene Visaggio, and drawn by the incredible Laura Braga. 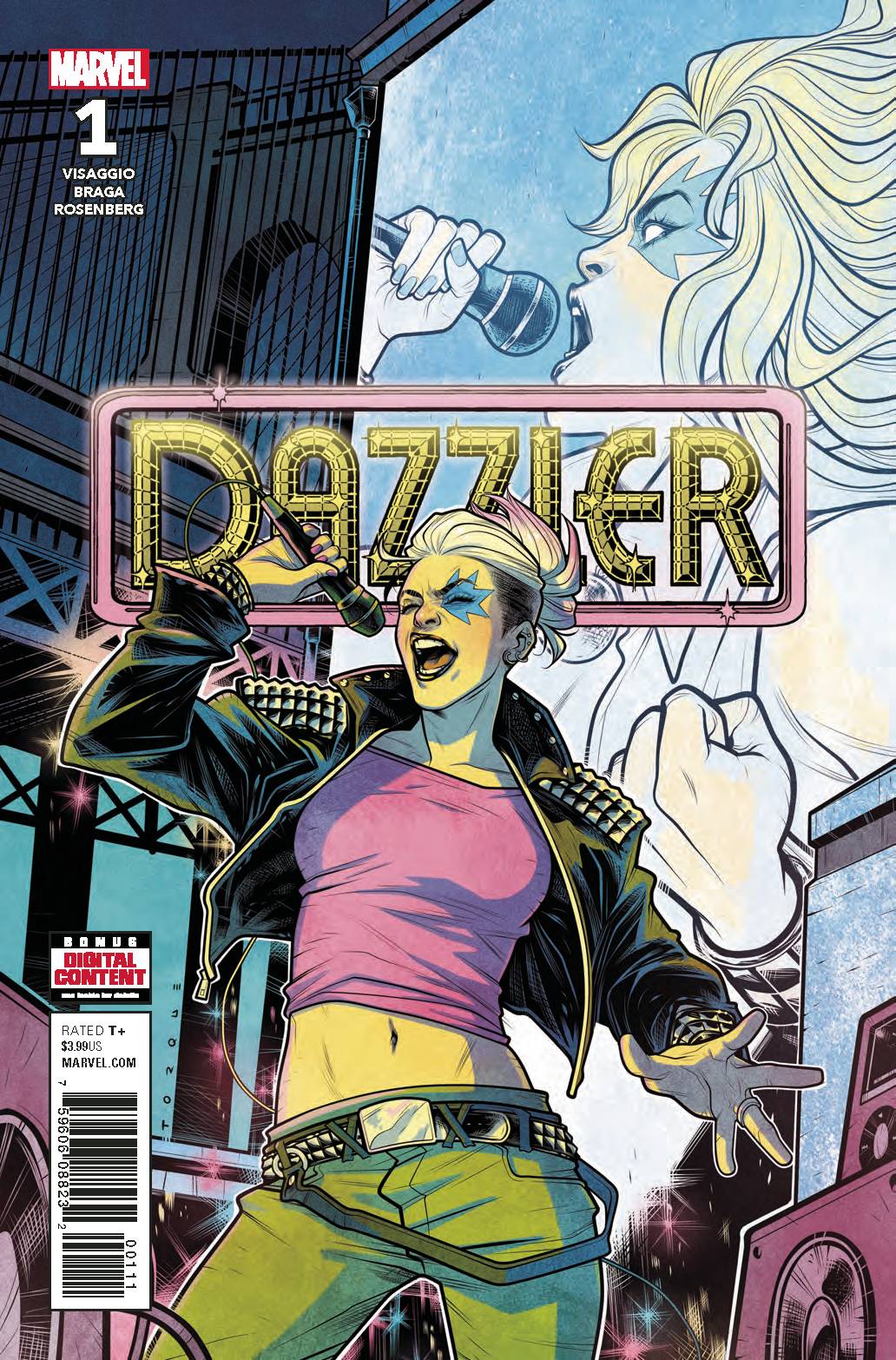 Hot off the heels of his new movie release, its Deadpool #1! Skottie Young and Nic Klein bring you the craziest tales of the Regeneratin’ Degenerate yet! It’s been a while since Deadpool’s had to merc to make ends meet, but things are tough all over. While Deadpool tries to get his humble mercenary-for-hire business back off the ground, a catastrophic threat so unfathomably huge, so mind-breakingly cataclysmic it defies description, is heading toward Earth, and there’s only ONE PERSON WHO CAN STOP IT!!! 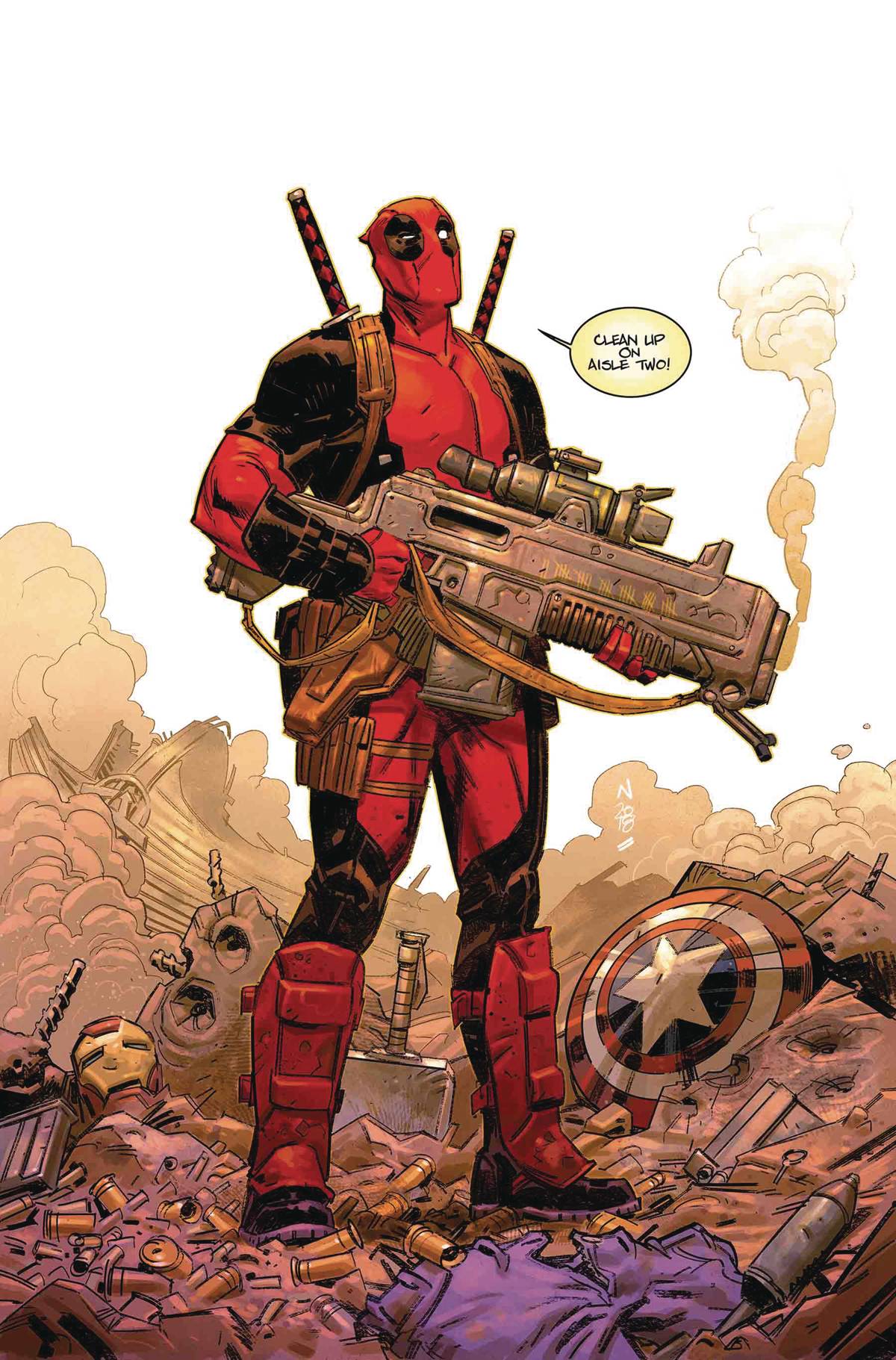 Magically appearing on comic shelves near you this week is Doctor Strange #1! The Eye of Agamotto is closed! Doctor Stephen Strange has lost his connection to the Earth’s arcane power, and he can’t wait to recover while nightmares press against the seams of our reality. Tony Stark offers a 21st-century solution: When astral travel fails, try astronautical travel. Enter Doctor Strange: Space-Explorer Supreme! New spells, allies and enemies – new and old – await Strange beyond the stars, along with corners and secrets of the Marvel Universe seen here for the first time! Space is endless, but time is short. After years of threats, Stephen’s bill for magic use is coming due – who will come to collect?!

Lastly, whats green, has purple pants, and an anger that cant get no? The Immortal Hulk, that’s who! Immortal Hulk #1 smashes its way into comic shops this week. HORROR HAS A NAME. You’d never notice the man. He doesn’t like to be noticed. He’s quiet. Calm. Never complains. If someone were to walk up and shoot him in the head… all he’d do is die. Until night falls. And someone else gets up again. The man’s name is Banner. The horror is THE IMMORTAL HULK. 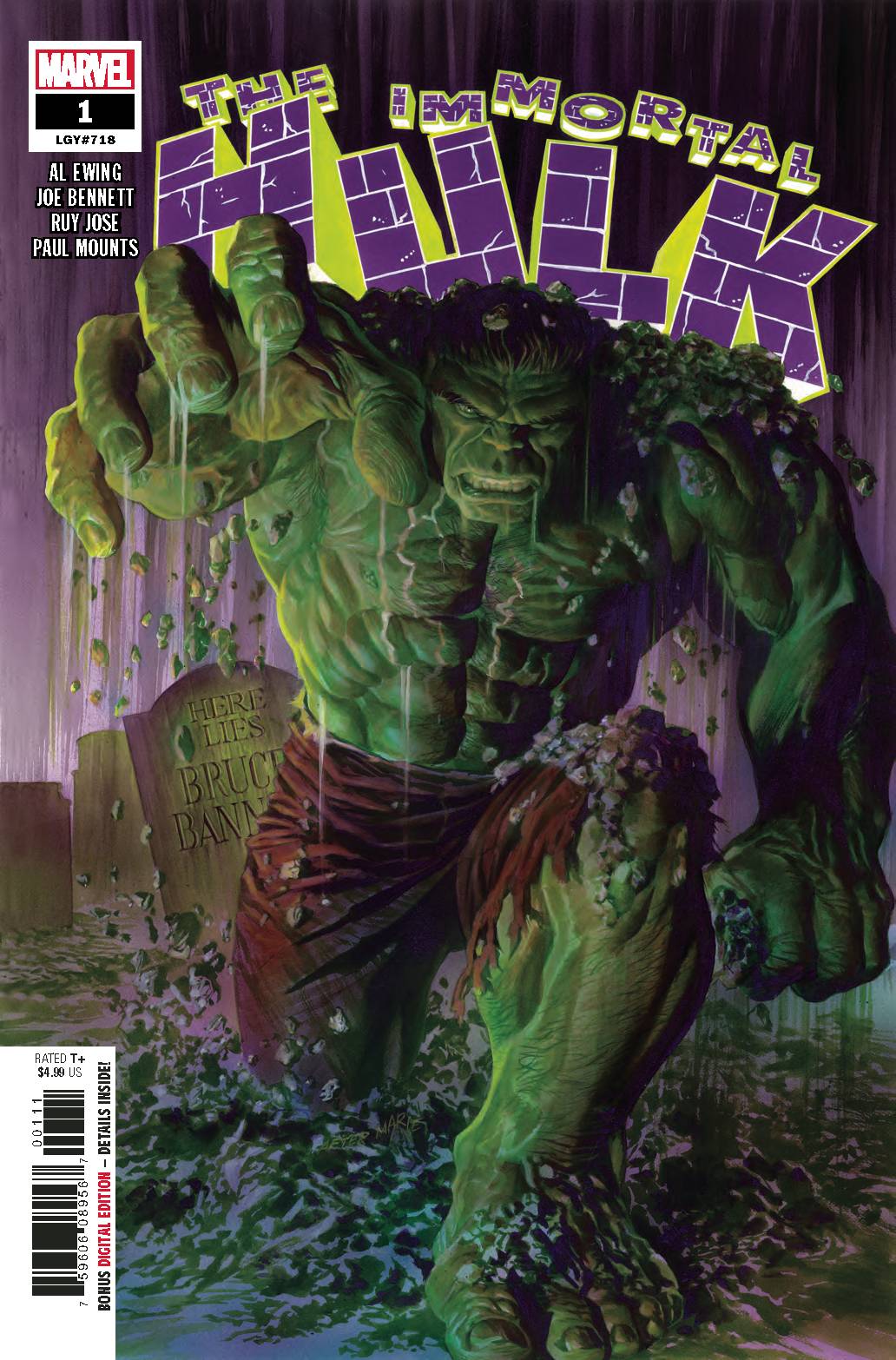 Xerxes Fall of House of Darius #3

Batman Prelude to the Wedding Nightwing Vs Hush #1

Rick Veitch The One #5

Call of the Suicide Forest #4

Songs for the Dead #3

GFT Dance of the Dead #6