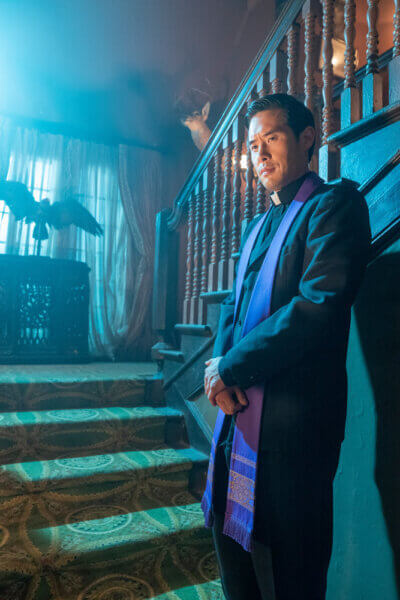 Having been watching the new season 6/revival of Quantum Leap has been fun. While it’s not entirely the “Quantum Leap” we might remember, there have definitely been many strings that take us back to the Quantum Leap that we remember and love. BUT, the latest episode of season 6 feels so much more like the original, and this might be why I found it to be the best of the series so far! It definitely helps that it happens to be a Halloween episode about exorcisms, which is also a genre of horror that I absolutely love!

The seventh episode is titled “O Ye Of Little Faith”
“Ben leaps into a priest who has been called to assist a family in crisis on Halloween night. As he delves into mysterious and inexplicable events, he’s forced to muster all his resources as a scientist before time runs out.”

Ben leaps into a priest on Halloween! If that’s not spooky enough for a Halloween episode, the home that he has been called to is at address 669, but as he enters, the door slams making the 9 fall loose and turn the address into 666…….Of course with Ben being a “man of science,” once he finds out that he has to perform an exorcism he goes to the ends of the earth to disprove that demons aren’t real, a trope that I think is being disproved more and more as time moves on. BUT, Ziggy says that there is an almost 90% chance that Ben is there, in fact, to perform the exorcism!

What I like most about this episode is that it relies mostly on the actual leap. Yes, there is still some going back and forth to present day Quantum Leap, but probably 80% of the episode is dedicated to the leap itself. What season 6 has struggled with so far, is finding the balance of the 50/50 split leap/present day that the creative team committed to when the series came to be. It makes it harder to create FULL stories of both the leap/present day, without both feeling as though they’re being rushed and never fully realized.

But, back to the episode!! During the leap, something has happened to make it so that Addison can’t interact with Ben during the leap (the glimpses we get from the project are mostly of Ian letting Addison know that he doesn’t know what is going on and that they’re trying to fix it), so we hardly see any of her at all, and Ben keeps falling deeper and deeper into thinking that the demon might be real, and questioning what his actual beliefs are. He’s beginning to see the demon popping out of Daisy, our 18 year old possessed woman. While Ben believes that he’s falling deeper into the madness, he’s also having to contend with a family at odds with each other. Daisy believes that she’s been possessed because her father walked away from God at a time when he felt like God had let him and his family down. This feeling entrenches Daisy in her beliefs and she has given into the fact that it can be nothing else other than a possession. 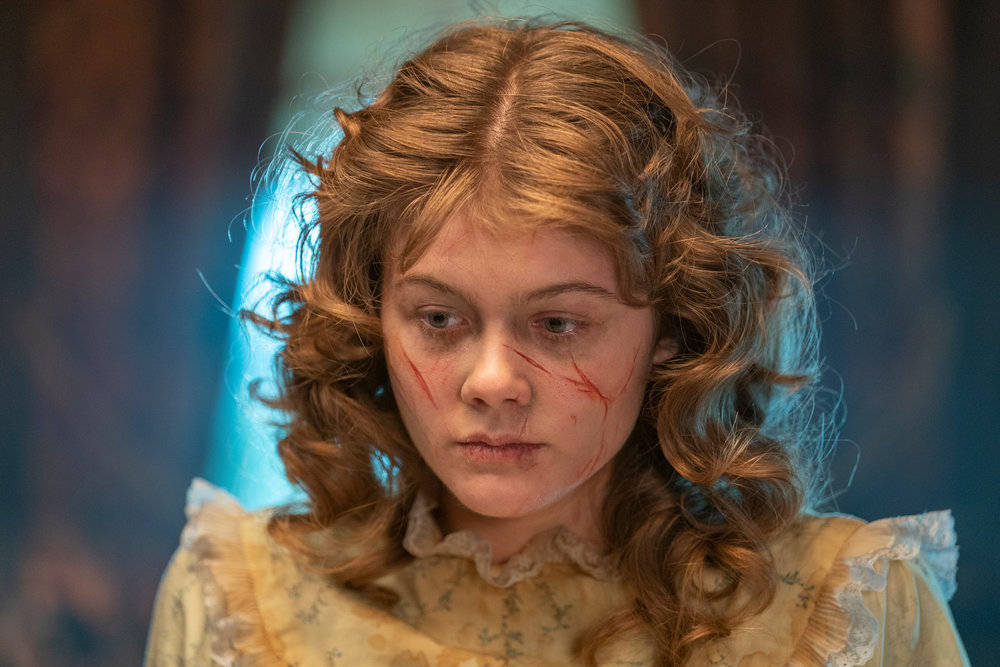 The similarities between Ben and Sam are very strong on this episode. While I think that Sam over the course of many seasons, was able to come to grips with the fact that there are other forces out there (Evil Leapers, Boogieman, Tahotep) that science might not always be able to explain, Sam would always do his best to play detective and find a scientific explanation, before eventually giving in to whatever was happening in that episode. Ben does exactly the same here. He’s playing detective, while seeing demons and while people around him are dying. With a little bit of help from an Addison hallucination, which I thought was a great scene, he realizes that not only is Daisy being drugged, but he is also being drugged by Percival, Daisy’s uncle. Percival and LOLA (Daisy’s mom) have been hatching a plan to kill Daisy so that they can run away with a huge inheritance, and Lola can become an actor. This “plot twist” was pretty predictable but fun none the less, and with Ben leaning so heavy into the science realm, I think we all knew that he was going to solve the riddle, and disprove the demon portion of the episode. But still, the moment Daisy decides to help Ben solve the mystery, and we find out that her mother Lola is in on it, is a pretty powerful scene. Kerri Medders (Daisy) kills it in this episode!! With the leap wrapped up into a neat little bow, we get to the last minute of the episode, which brings back Janice Calavicci, a plot point that might be overshadowing the rest of the show, but also might be some of the most interesting part of season six so far. It’s assumed that the reason that Addison was unable to communicate with Ben is because Janice had been trying to push her way into Ben’s leap. We’re supposed to assume that all of the trouble that was occurring at the project, was due to Janice hacking her way into the system, while trying to communicate with Ben. So, the whole time Ben was seeing the demon was actually not a hallucination from being drugged, but actually Janice trying to jump back in time. She begins to tell Ben a message, but of course, Ben starts to leap before we get to hear the whole message! Again, unfortunately, the way this season is structured, the over arching plot is becoming more involved and more interesting than the leaps themselves, and I’m not sure how to feel about that……………..BUT, in my opinion, this was definitely the best episode so far. Keep to the leap is the right way for this season to move forward when/if there is a second season, with the Janice plotline wrapped up.

HIGHLIGHT:
My favorite scene in this episode is of Ben in the restroom talking to “himself” but trying to talk through himself to Father Davenport. While we know that Ben has leapt into Father Davenport, the way he leaps has been changed a little for season 6. But Ben getting advice from Father Davenport, and the switching back and forth between himself and the mirror, while making it look like Father Davenport is actually giving him advice, was such a good scene. It was a great way to utilize the fact that there still might be some of the leapee guiding what is happening with Ben.