There Are Other Podcasts?

We know you are loyal fans, that would never ever listen to another podcast. Just in case you were curious about other podcasts (which we know you aren’t), “There Are Other Podcasts?” will review some of the podcasts that we think are fun and interesting, but not as fun and interesting as our podcast of course. If you would like us to give your podcast a listen, or you listen to a show that you think might pique our interest, shoot us an email at: outsidethelongbox@gmail.com. 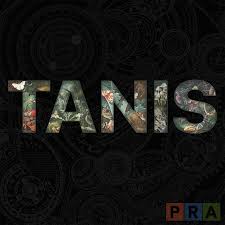 I like to believe that there is a world of mystery out there. That the tales of ghosts and spirits aren’t just a figment of the collective imagination. That magic and ritual do drive powers that we don’t understand into doing our bidding. That there is something just below the surface of what we consider reality trying to scratch its way to the surface. So does Nic Silver, host of Tanis.

A serialized, sci-fi/horror audio drama this faux NPR show starts innocuously enough with Nic Silver seeking out mystery in an information age. He feels that the internet and the pervasive nature of information has stripped the world of all of its wonder, and by looking out for the strange and unusual he thinks that he can grab onto that last shred of wonder in the world. Little does he know that as he digs deeper and deeper into those mysteries, he will uncover one larger story. A story larger and more bizarre than he could have ever expected.

From the same group (Minnow Beats Whale and Public Radio Alliance) that produces the also fantastic serialized horror drama The Black Tapes; Tanis finds its story in real life. Using tales like the bizarre occult work of Jack Parsons and L. Ron Hubbard or the strange death of Elisa Lam as a jumping off point for it’s story telling, Tanis has just enough of a foot in reality to make it extremely compelling.

I know that this is a big show, and that you have probably already heard of it, but as I binge through what is out of the fourth season I am again reminded of how worth your time this show is. It is creepy, it leads you to real life stories of the strange, and damn if it isn’t entertaining. I could do without the episodic cliff-hangers, but other than that worth it.

PRA and Minnow Beats Whale have three other shows. The Black Tape (which I also actively listen to), Rabbits (which was not really my speed but I may give another try) and The Last Movie (which is their newest show and I have only listened to the first episode of). The have consistently excellent production values, and truly compelling stories. So give it a try, who knows this may be your first step down a strange path that leads to an odd cabin in a strange wood.

Tags: Nic Silver, Tanis, Tanis Podcast, There Are Other Podcast?