Another big week this week with lots of new stuff for your eyeballs! Lets get right to it!
From Boom! Studios this week, RoboCop is back! Brian Wood, the visionary writer behind DMZ and Briggs Land, and Jorge Coelho ( Venom, Rocket Racoon ) present a provocative vision of a future where justice is crowdsourced and lethal. It’s been decades since the RoboCop program first began. Corporations have taken over the schools and the government.and law enforcement is the biggest private contract of all. Traditional police forces no longer exist, as all citizens are encouraged and rewarded to spy on their neighbors. There is only one authority on the streets: ROBOCOP. 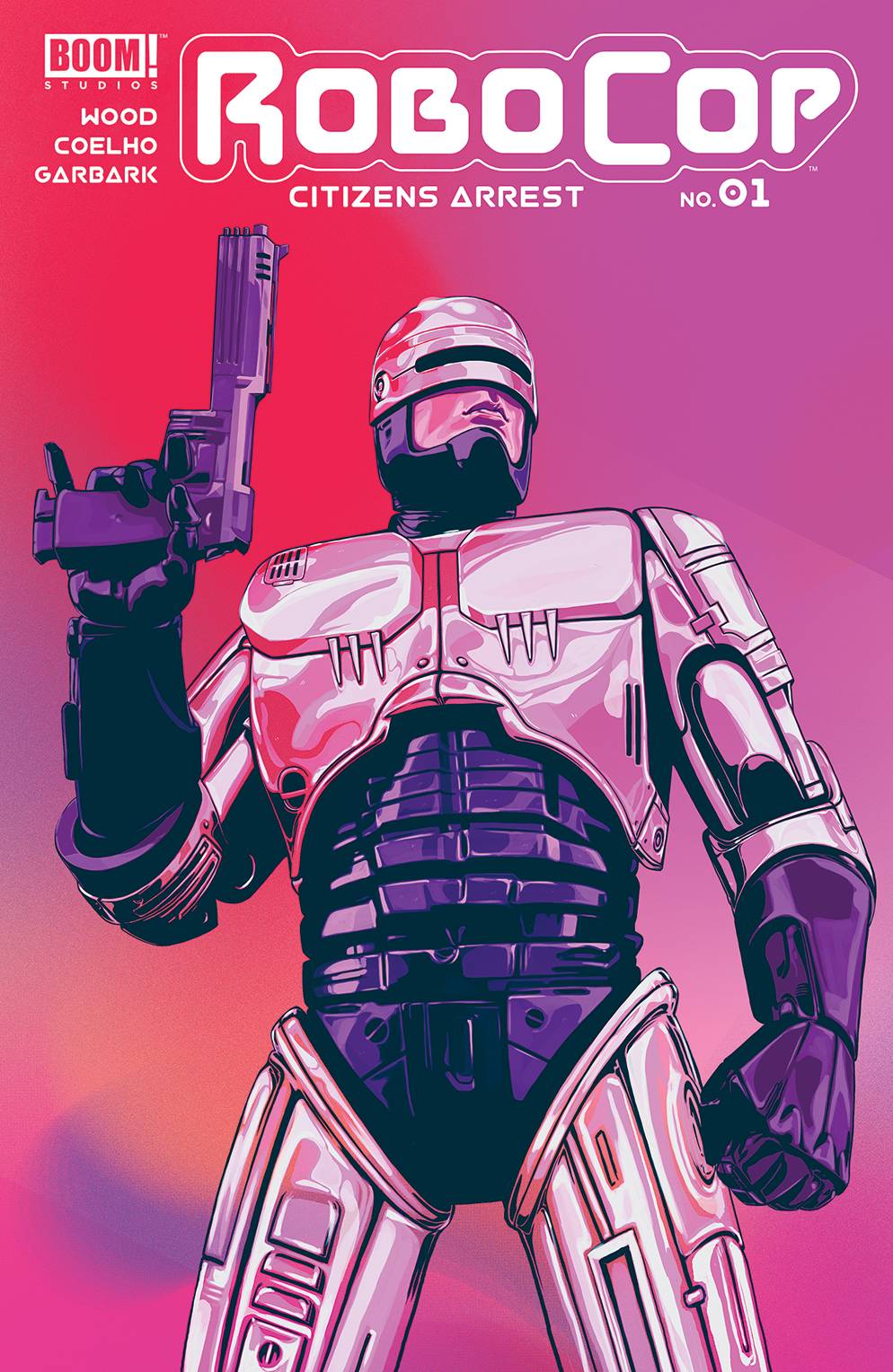 From DC this week, the lead up to Action Comics #1000 begins with the Action Comics 80 Years of Superman Hardcover! This year marks the 80th anniversary of Superman’s debut in ACTION COMICS #1 – and DC is celebrating this date with the publication of the new hardcover ACTION COMICS #1000: 80 YEARS OF SUPERMAN! It’s an extraordinary party as we revisit stories from across the decades, featuring key character debuts, essays and more in a collection curated by Paul Levitz! Highlights of this collection include: A new cover by legendary artist and DC Publisher Jim Lee. A never before unpublished twelve-page Golden Age Superman story believed to have been written by Jerry Siegel with art by the Joe Shuster Studio. 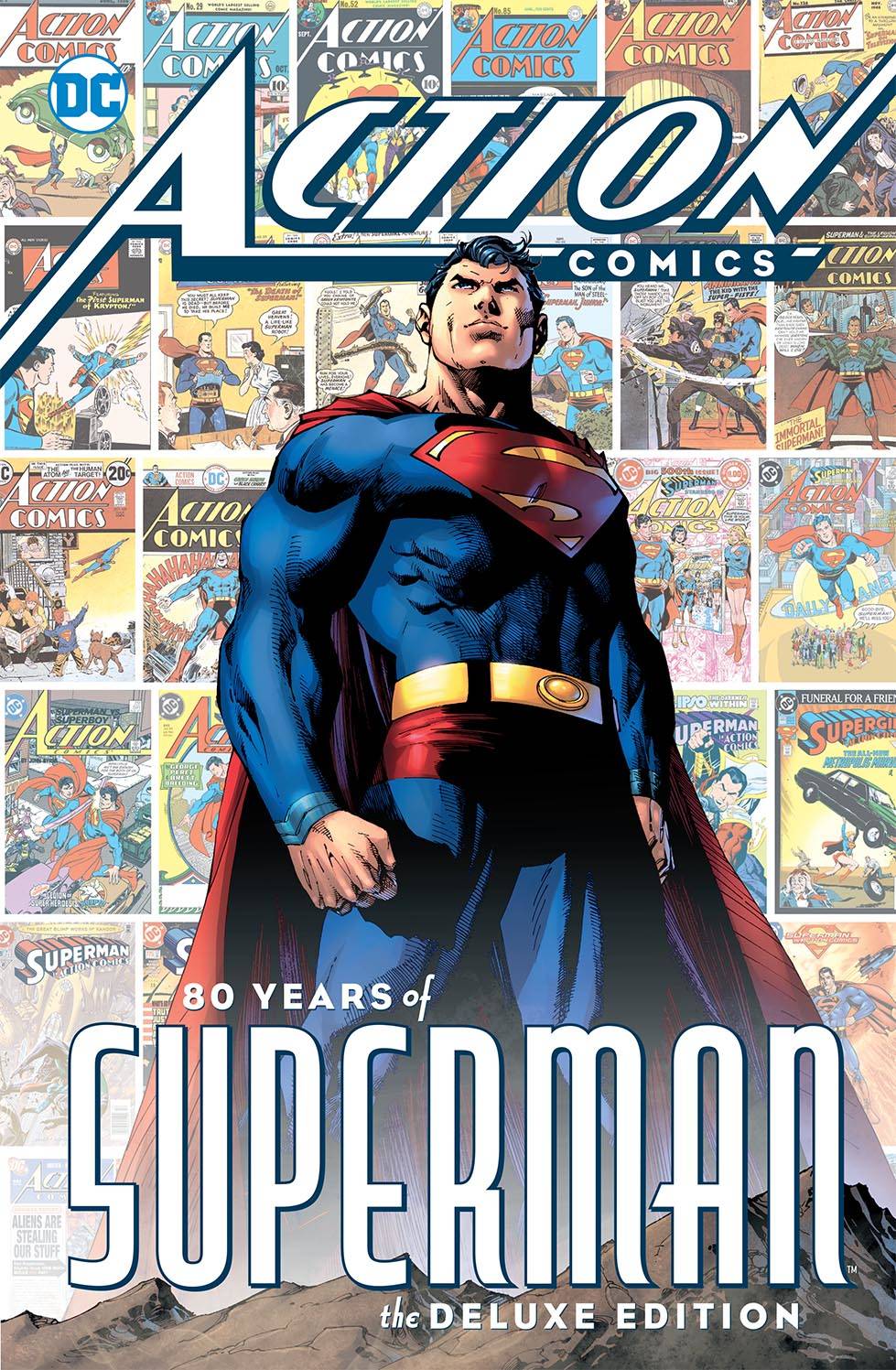 Also this week, Hal Jordan and the Green Lantern Corps #42 hits the racks, and starts a new story arc called “Darkstars Rising” written by Robert Venditti with art by Jordi Tarragona and Rafael Sandoval. Hal Jordan is the paragon of a Green Lantern: Courageous and unrelenting. But even a hero can sometimes doubt the methods they’re known to use. And in those moments, something dark creeps in and it can create an evil the universe isn’t ready to face! 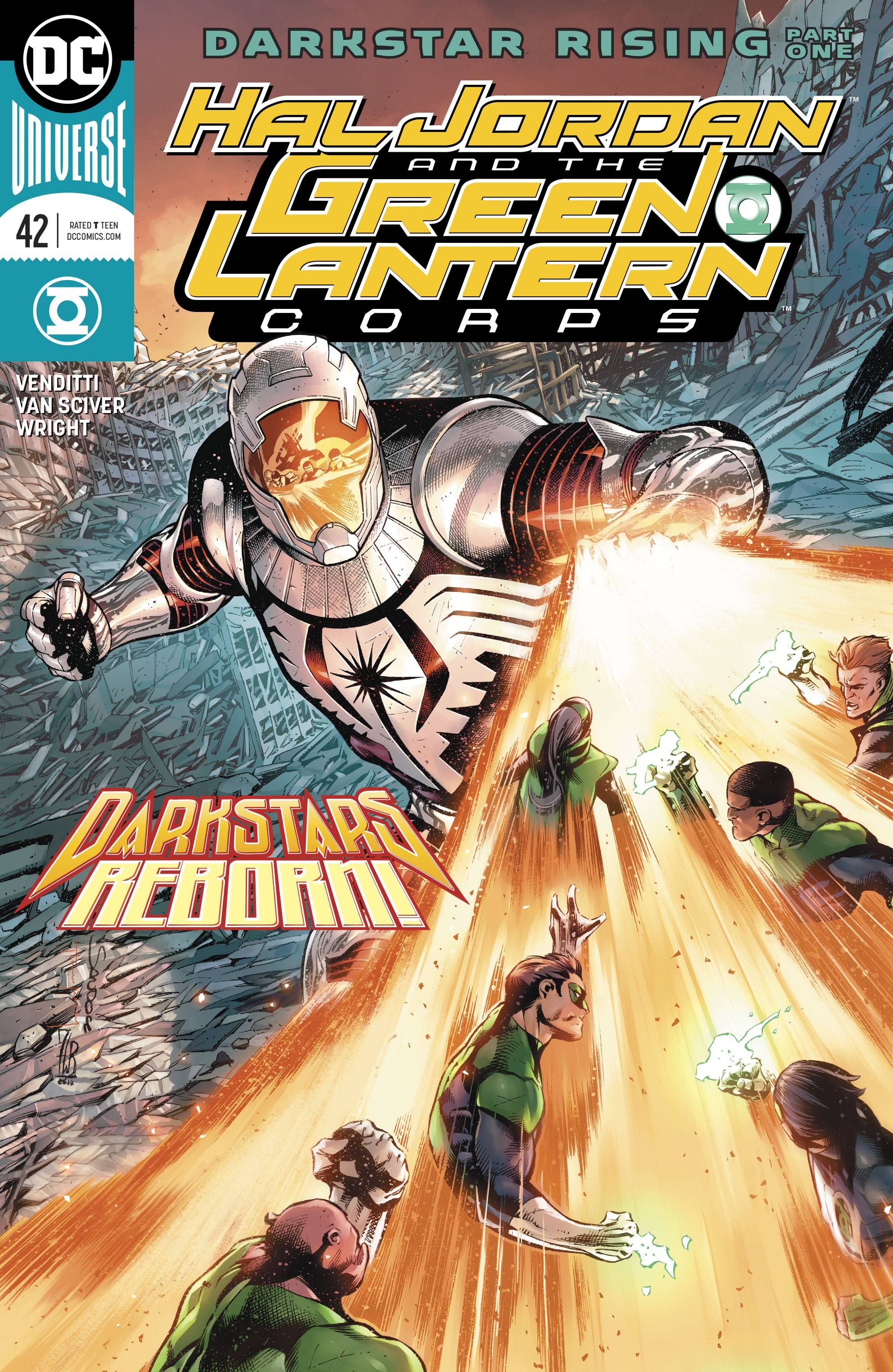 Lastly, spinning out of Metal, and fostering the New Age of Heroes, Immortal Men #1 hits this week written by James Tynion with art by Jim Lee. There is a secret history to the DC Universe of heroes who have protected humanity from the shadows since the dawn of time…and who can live forever. Enter the Immortal Men! The team, headed by the Immortal Man, has waged a secret war against the House of Conquest for countless years-but Conquest has dealt a devastating blow. When their base of operations, known as the Campus, is savagely attacked, the Immortal Men must seek out their last hope-an emerging metahuman known as Caden Park! Caden’s emerging powers may be able to ensure the Immortal Men’s survival-but will Conquest get to him first? 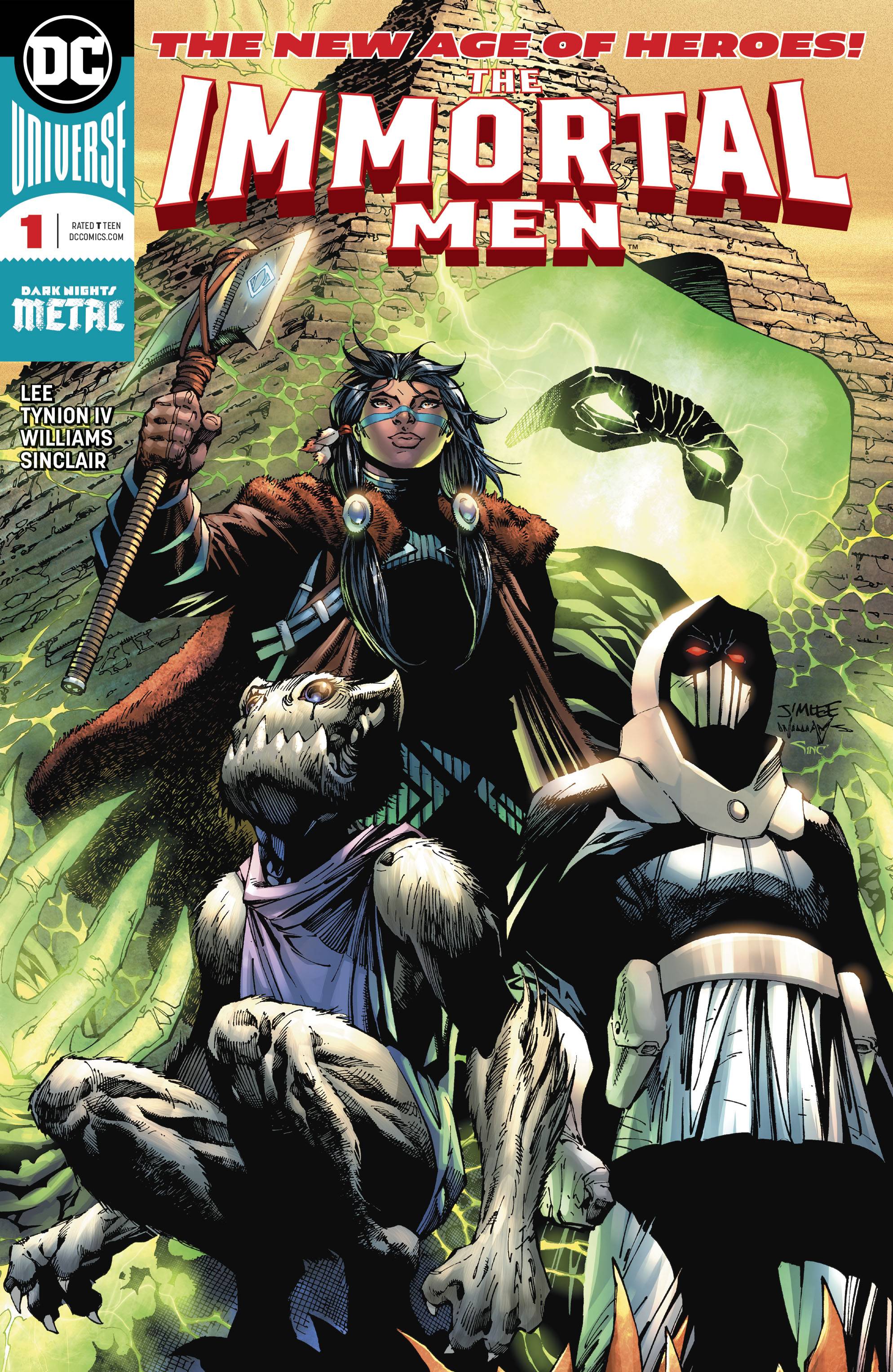 From Image this week, Robert Kirkman’s new sci-fi thriller Oblivion Song’s second issue drops! Nathan’s obsession with Oblivion has put a strain on every aspect of his life. His love for Heather is really put to the test now that he’s closer than he’s ever been to finding what he’s truly looking for. 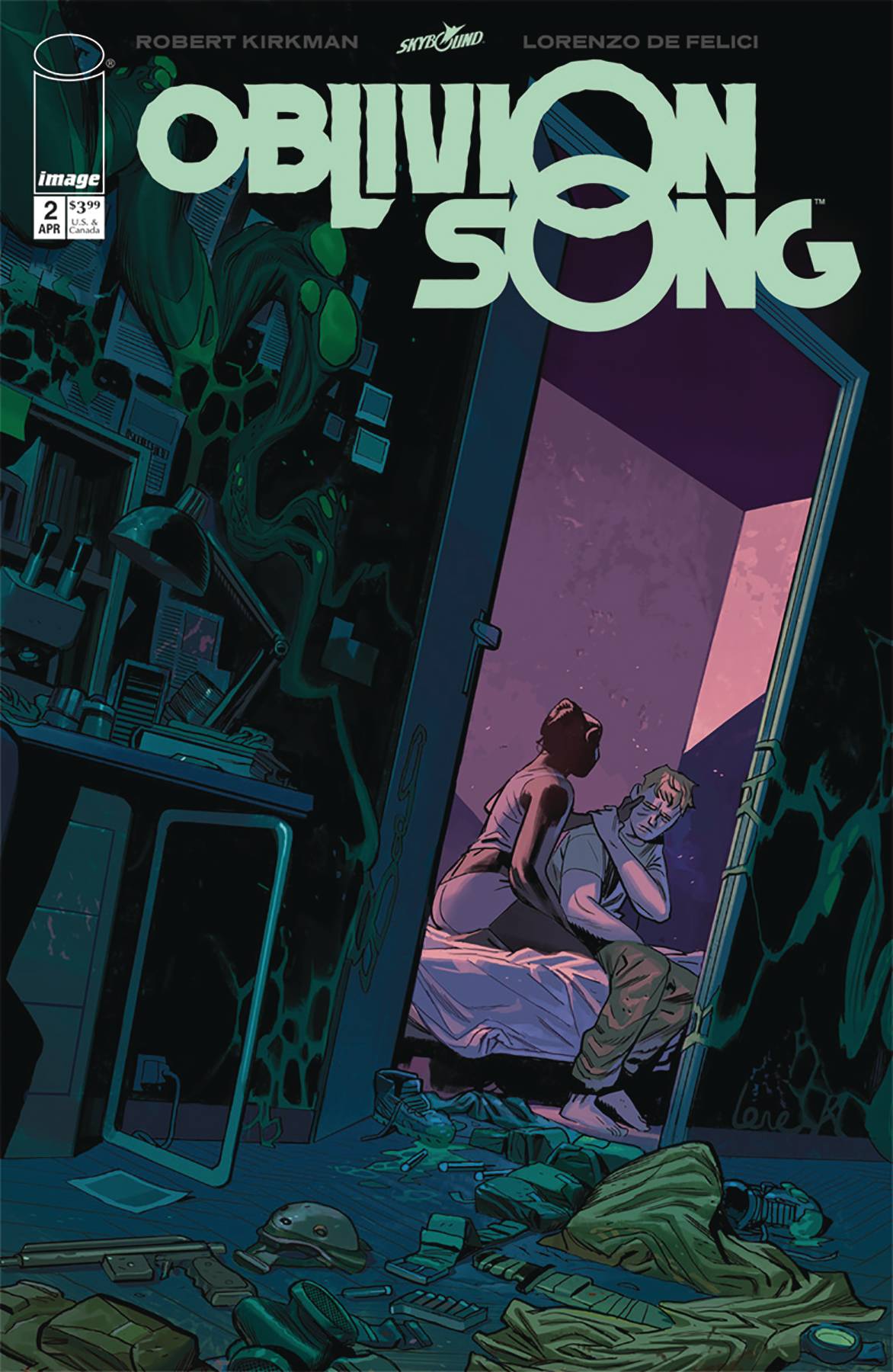 Also from Image, Gideon Falls #2 hits shelves! From superstar writer Jeff Lemire and artist Andrea Sorrentino, The mysteries of the “Black Barn” heighten as the reclusive Norton begins to unravel new clues just as a murder spree breaks out in the town of Gideon Falls. But how is it all connected?! The puzzle pieces begin to fall. 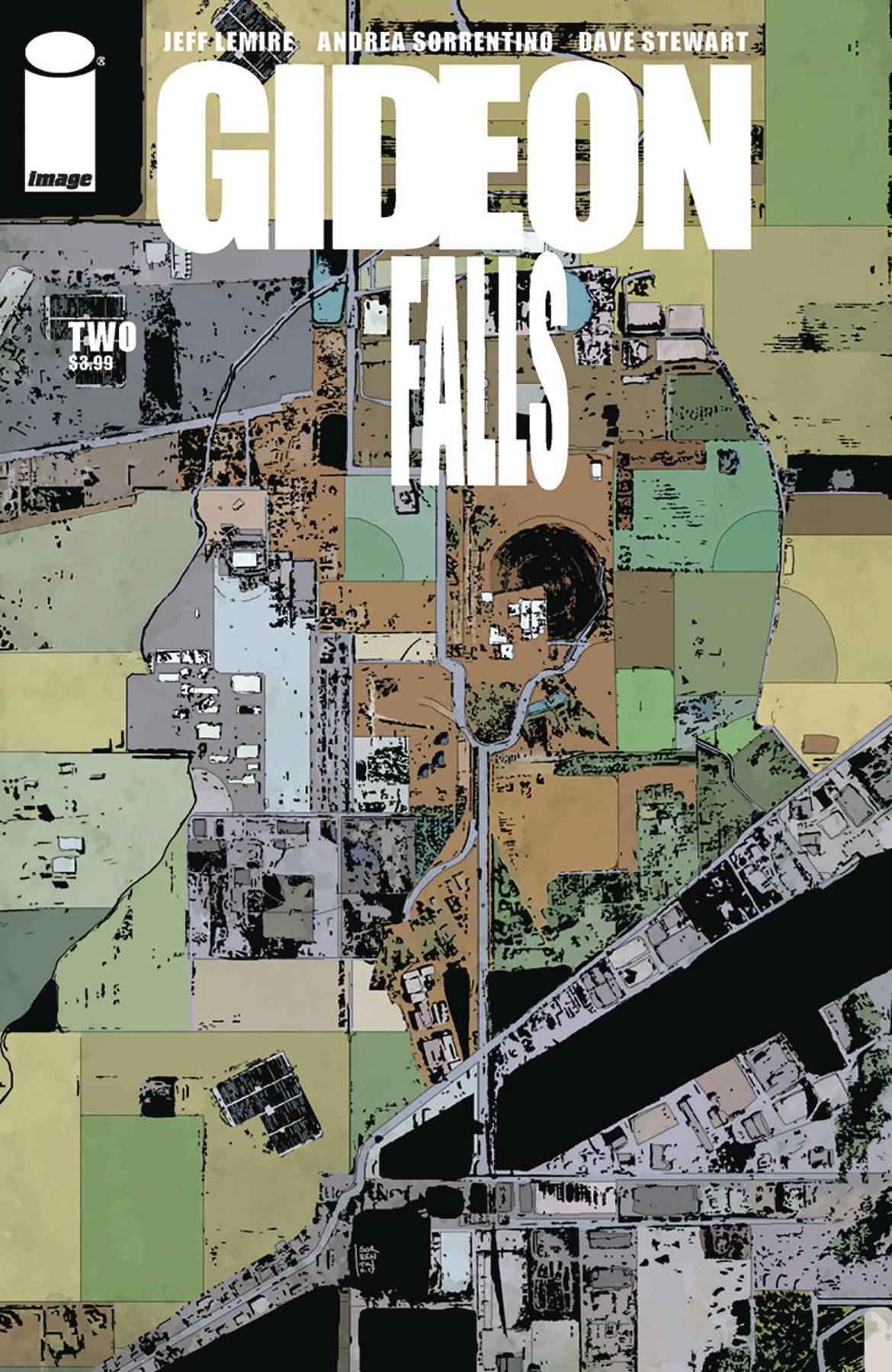 From Marvel this week, Captain America hits its milestone issue with #700 and the conclusion of the “Out of Time” storyarc. Frozen in time, awakened in a decimated future and once again a man out of his era, there is only one way for Steve Rogers to restore order and rebuild civilization-and that’s to rule it as King Captain America! No dream, no hoax, no lie, this IS Cap and this IS happening, believe it or not! PLUS: Mark Waid delivers an untold tale from Captain America’s past, featuring the classic artwork of Jack Kirby! 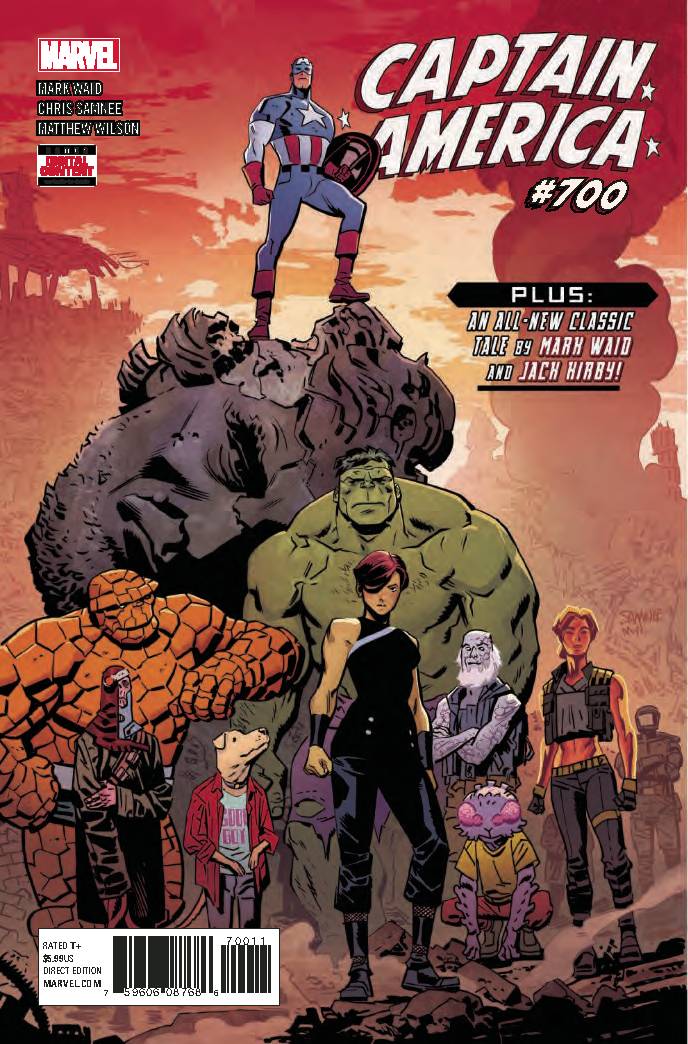 Also this week, Domino #1 lands from the glorious creative team of Gail Simone and David Baldeon! Impossible curves. Impossible shots. Impossible targets. Marvel’s #1 soldier of fortune is back in an explosive new ongoing series! The product of a failed super-soldier program, Neena Thurman always made her own luck as the sharpshooting mercenary known as Domino… but what happens when her own powers betray her? The hunter becomes the hunted as every mercenary in the game smells blood in the water! Plus: A pair of beloved Marvel characters return! 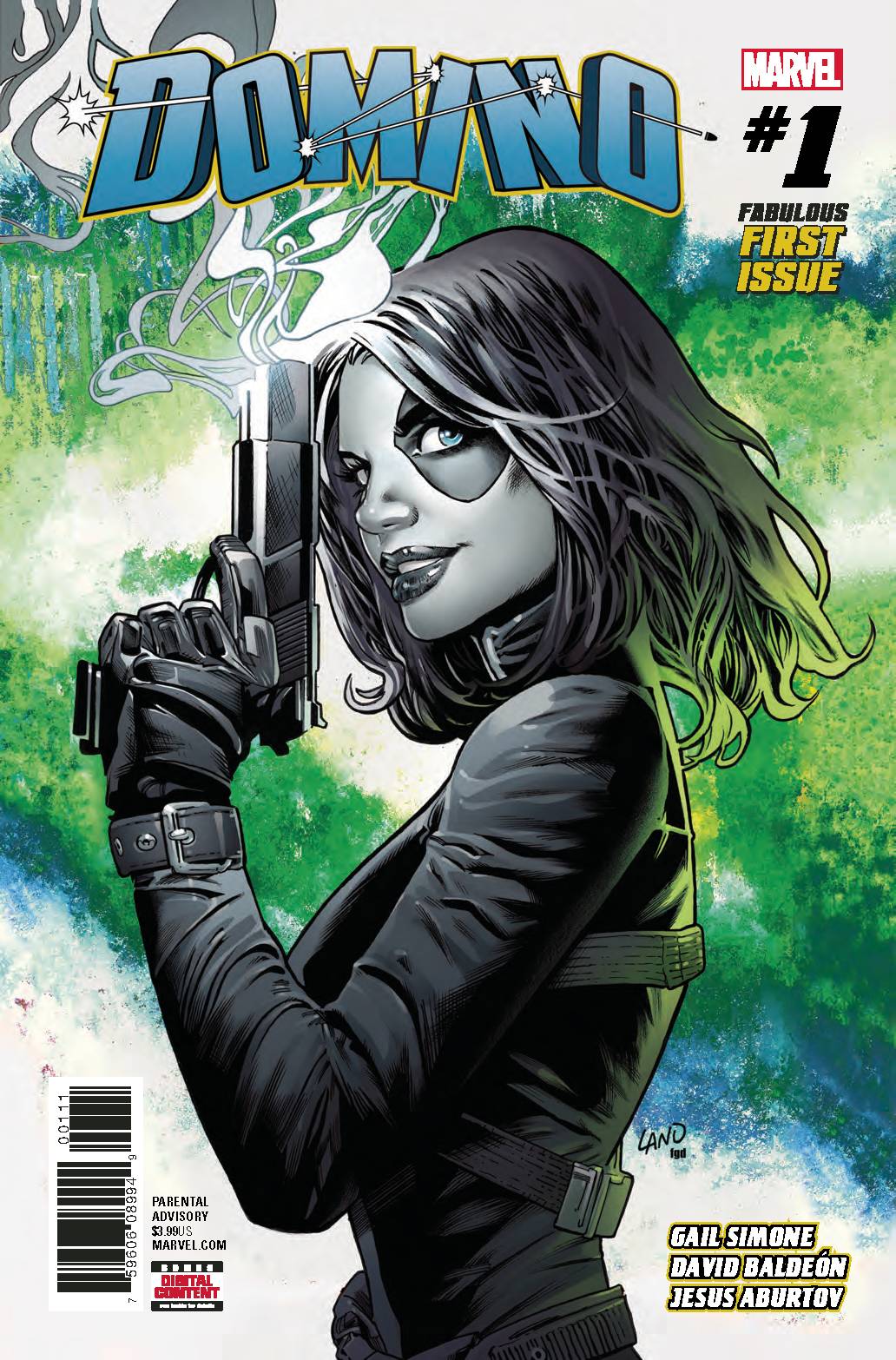 Finally from Marvel this week, Exiles #1 hits the shelves. Fan-favorite X-Man Blink once joined a team destined to save not just the world, but the entire Multiverse. And now, her teleporting talents are needed once again! When a mysterious threat begins eating away at the fabric of the Multiverse, the Unseen – the man once known as Nick Fury who now can only observe Earth from a lofty post on the moon – must recruit a champion to save it. But she can’t do it alone. Who will join Blink’s new team – and can they ever go home again? 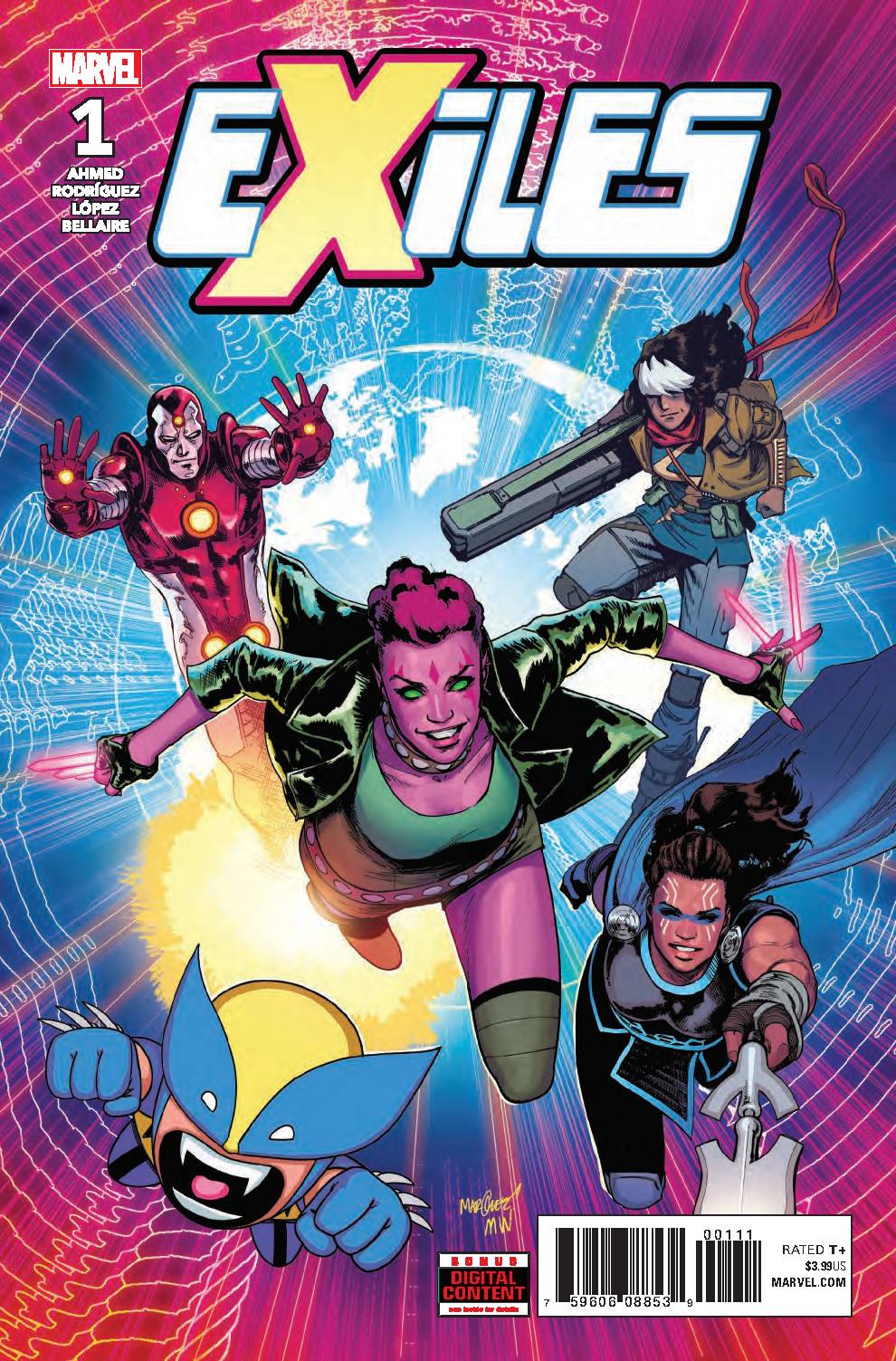 From AfterShock this week, the creative team behind Unholy Grail, Cullen Bunn and Mirko Colak return with Brothers Dracul #1. The legend of Vlad the Impaler is the stuff of nightmares. The inspiration for the most iconic of monsters-Dracula-Vlad tortured and murdered thousands of victims. But what turned him into such a depraved killer? The truth lies in his teenage years, when Vlad and his brother Radu were held hostage by the Ottoman Empire. During this time, the brothers learned many things-archery, riding, the art of combat, matters of court…and how to stalk and slay vampires. 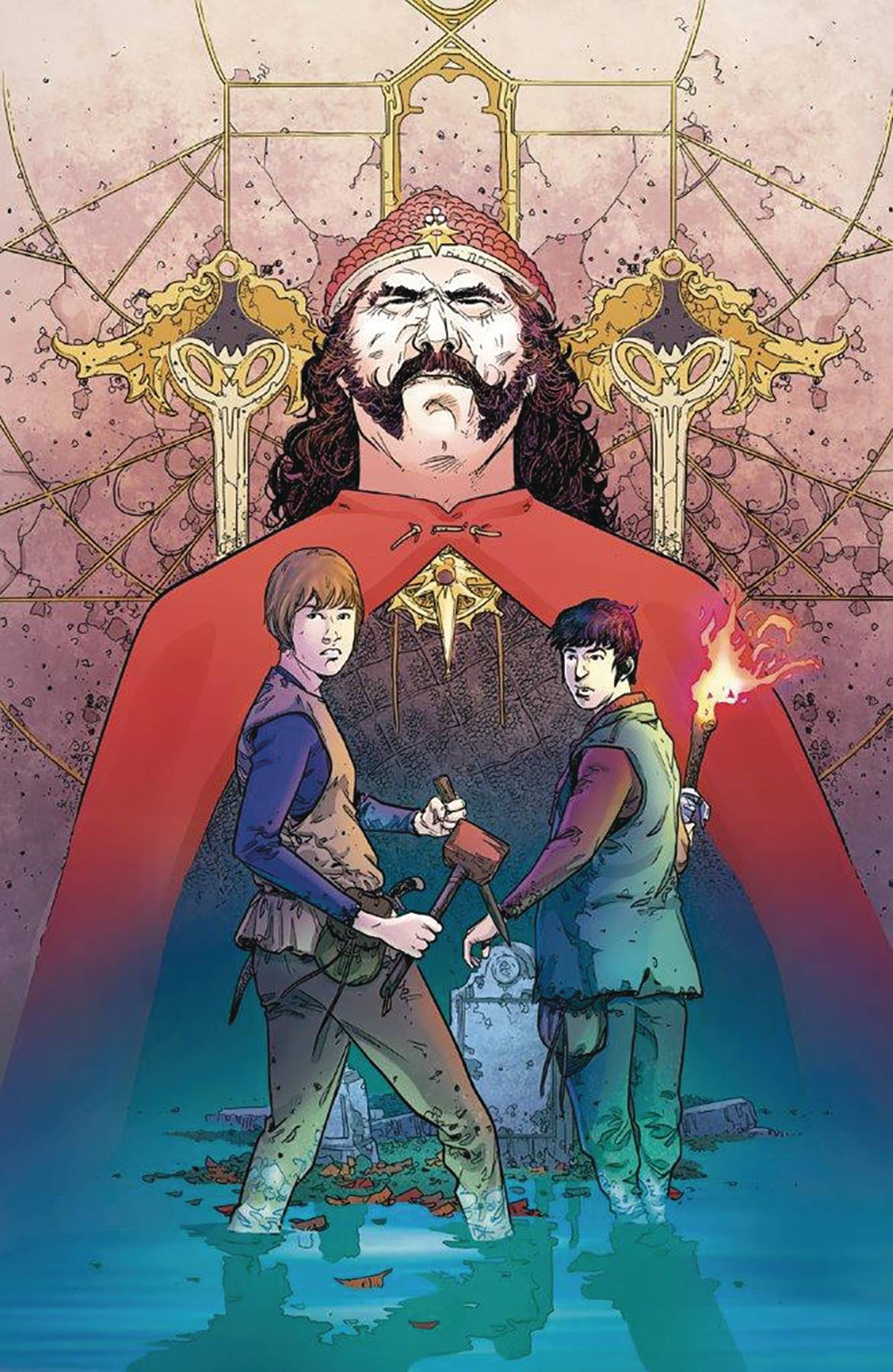