On The Horizon
Week to week we receive emails from comic book companies of all stripes. Taking those we present you with the things that we think will be the most interesting to you the listeners. If you have any news or announcements that you would like to share with Thinking Outside the Longbox shoot us an email at: outsidethelongbox@gmail.com
Full Bleed Volume 2 – Various w., & a. – IDW Publishing 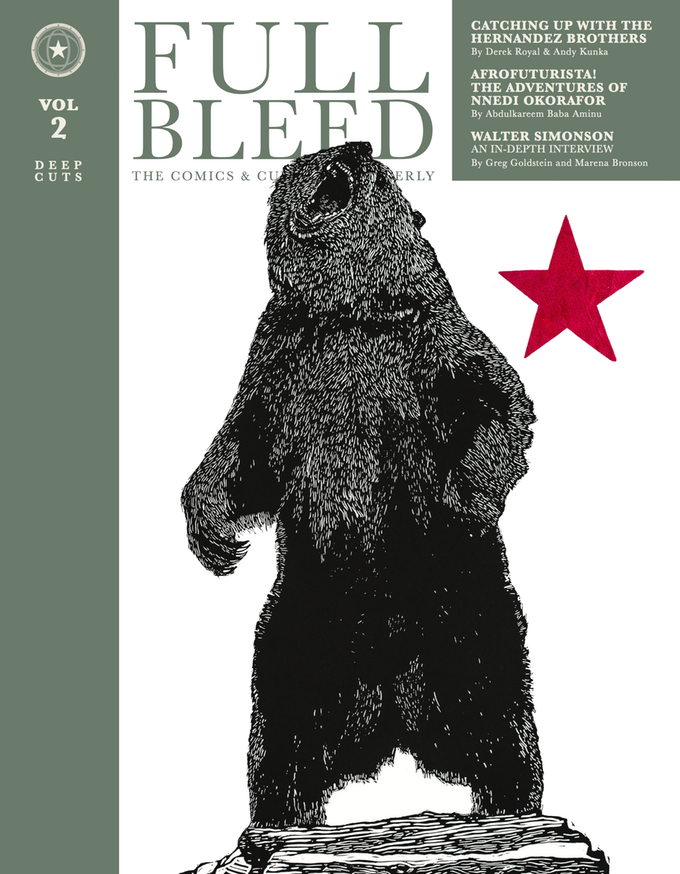 So way back in February IDW released a 200 page, print only anthology, full of comics, art, essays, and short stories called Full Bleed. Funded on Kickstarter and boasting a roster that includes people like Bill Fingerman and Joe Lansdale it looks like a great read that I just haven’t had the chance to pick up yet. Now I’m going to be an issue behind because IDW has Full Bleed Volume 2: Deep Cuts on Kickstarter:
“It’s been so gratifying to see the response to the first volume,” said Creative Director Dirk Wood, “but we’re just getting started here. As much as we loved how the first one turned out, this one takes it up a notch.”
Billed as a “coffee table magazine,” this volume of the quarterly will include interview with Walter Simonson and Los Brothers Hernandez, and be filled to the brim with articles on all sorts of things pop culture as well as having comics and art in them. All the while supporting a charity called Traveling Stories that is dedicated to children’s literacy, “Outsmarting poverty one book at a time.”
You can back the project on Kickstarter (http://kck.st/2H6dLby), and Volume one is still available from IDW.
Elvira Mistress of the Dark #1 – David Avallone w., Dave Acosta a. – Dynamite Entertainment

Dynamite Entertainment is coming out with a four issue mini-series featuring one of the most iconic horror hosts of all time; Elvira Mistress of the Dark. Featuring a story where Elvira gets unstuck from time and is flung into various monster stories, it sounds like the kind of crazy romp that Elvira loves.
“I’m thrilled to partner with Dynamite! I’ve been working hand in hand with them over the past year to put together the best comic series possible. Elvira’s new dark adventures continue, starting in July!” States the Misstress of the Dark Herself – Elvira.
“I really want to capture the essence of what Cassandra Peterson created and bring it faithfully to the comics page,” explains writer David Avallone. “The story is a horror tale (or a quartet of connected horror tales) with a nightmarish villain and danger and action… but at its center is this wise-cracking, plucky, sexy, unflappable heroine. Elvira is incredibly charming and funny and delightful and she maintains that in the face of whatever happens.”
With a lot of great cover artists lined up for the debut issue there will be lots to chose from when this book releases in July. You will be able to find it in Preivews and pre-order it from Hall of Justice Comics and Collectibles in May.
Reefer Madness TPB – Jerry Siegel, Joe Shuster w., Jerry Robinson, Jack Kirby, Frank Frazetta a. – Dark Horse Comics 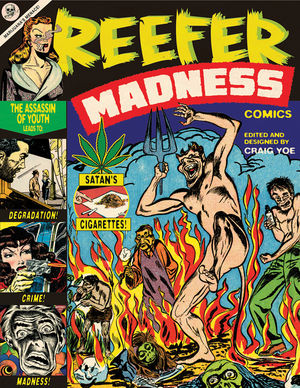 Degradation! Crime! Madness! Hysteria surrounded marijuana as a perceived gateway drug from the 1930s to the 1950s and beyond. Adventure Comics, by Jerry Siegel and Joe Shuster, and works by Frank Frazetta, Jerry Robinson, Jack Kirby, and many more, reveal the social reaction to this era of Reefer Madness.  From comically misinformed to soberly concerned, these comics lament the impact of weed on youth culture.
Eisner and Harvey Award winner Craig Yoe brings us his newest collection of wacky, wild, and culturally relevant comics!