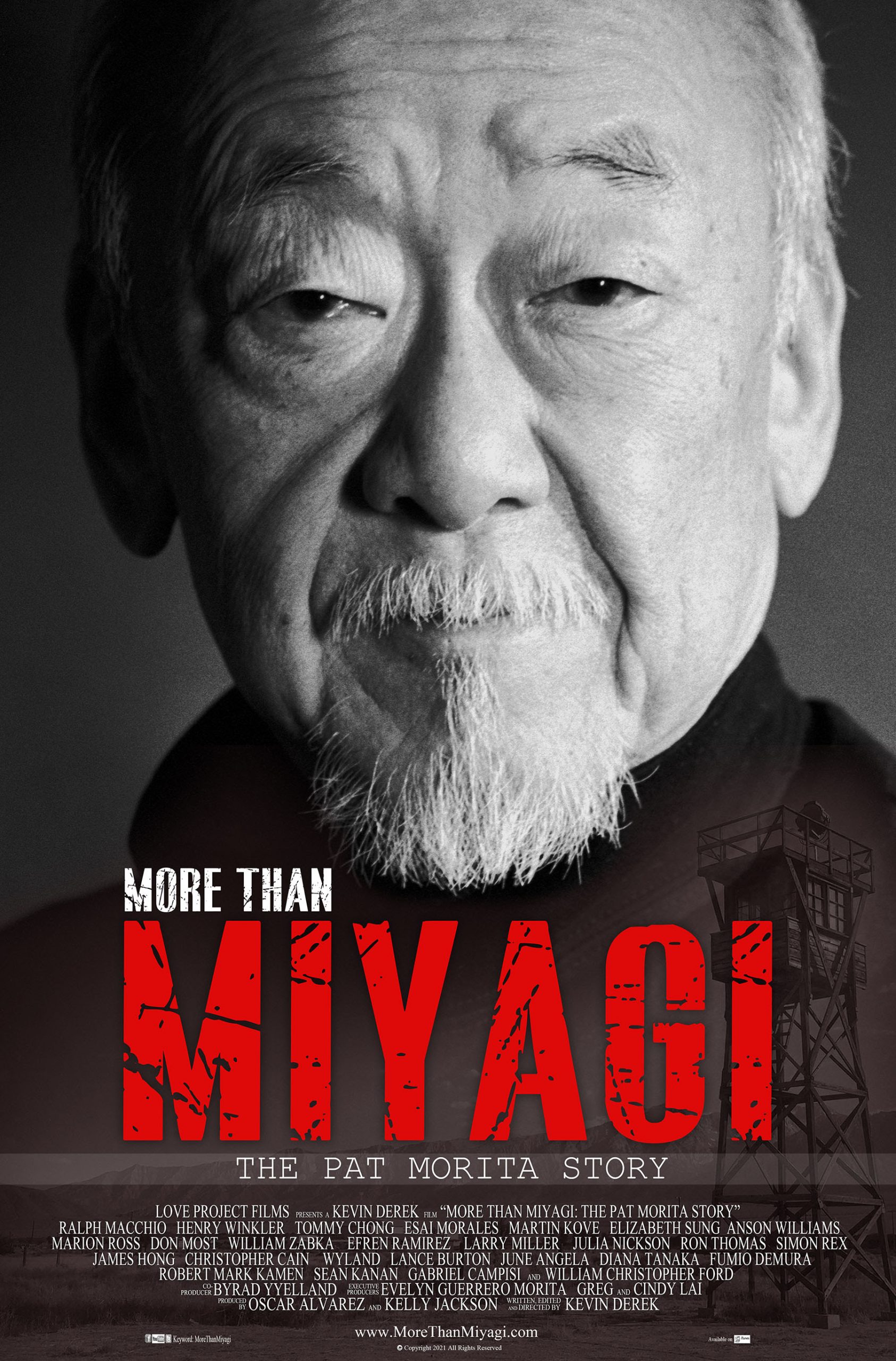 There is no way to deny the power that Pat Morita’s portrayal of the humble karate sensei is one of the most recognizable characters from the 80’s.  His gentle, but grumpy grandpa way of teaching karate.  His defense of a helpless teenage boy.  His poignant story of military service, and personal loss perpetuated by the country that he served.  That is just part of Pat Morita’s story.

In this documentary, lovingly finished, by Morita’s wife we get to learn about his past, the ups, and the downs of his career.  Featuring interviews, with friends, families, costars and himself, the portrait that is drawn of Morita is kind if some what bittersweet.  He is show as a man that was happy, that wanted to be the life of the party, who cared about his family, but who couldn’t conquer his addiction to alcohol.

His early life was plagued with an illness that made it so he couldn’t walk for years.  Spending nine years in the hospital, he was transported as a child to an internment camp for the Japanese during World War II.  After the war his parents opened a Chinese restaurant for two reasons, first because Chinese food was more popular than Japanese food, but also to avoid the discrimination that the Japanese faced after the war.  That discrimination became a jumping off point for a life in comedy and acting.

Starting with stand up, and billed as “The Hip Nip,” he found ways to work around the racism that surrounded him by using self effacing humor and not being afraid to play into and against stereotypes.  Soon he found himself on television variety shows (which there is incredible archival footage of), and then on the sitcom Happy Days.  Through his work in television he was proving himself a competent actor (even getting his on sitcom briefly) but the typecasting that he had experienced in his early television career kept him pigeonholed.

Originally passed over for the part of Mr. Miyagi, Morita had to really prove that he had the acting chops to play a character that wasn’t a goof on his own race.  After five auditions he landed the most pivotal part of his life, the part that would earn him an Academy Award, and the part that would pigeon hole him again.

There isn’t much by way of rising and falling action in this movie.  It is the story of a very human person’s life.  There a joys and defeats, happiness and sorrow, but in the long run Morita left his mark.  In spite of his issues with alcoholism, everyone talks about what a kind and gentle person he was.  All the interviews revolve around that one central point:  The mark that Pat Morita left on people’s lives is a legacy of kindness, and More than Miyagi is a testament to that.

It released on February 5th, and you can preorder from iTunes HERE!