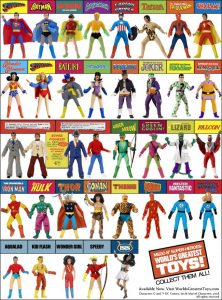 So was born the classic Mego Toy.  An eight-inch action figure that could be a standard across all toy lines.  The toy could be changed into any property with a simple head and costume change, and Mego was buying up licenses like crazy.  Most notably were the DC and Marvel properties, but soon after there was everything from sports icons to the Micronauts.

With their popularity cemented with the license of the Planets of the Apes toys, Mego was on the ascent until the fateful moment that they decided to not take on a new sci-fi B movie license for a little movie called Star Wars.  While initially making plenty of money on their Micronauts line, Mego began losing ground to Kenner and their new line of action figures. Mego tried to adapt to the market but by 1982 they were filing for bankruptcy. 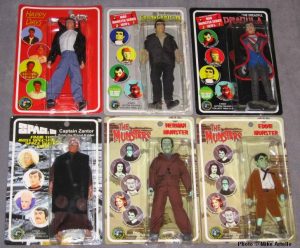 Between 1982 and today a lot has happened with the Mego line.  Companies like Figures Toy and Neca have been making their version of Mego toys with an incredibly wide array of characters.  Unlike Mego these toys are designed for collectors that are looking at having toys for specific properties. Neca has a heavy focus on horror and science fiction properties. Figures tends towards directly knocking off the Mego style.

This lack of original Megos in the market along with the rising of nostalgic and collector culture gave new life to the Mego brand.  Original Megos began to pop up on eBay selling for exorbitant prices. Pop culture taste makers like Kevin Smith and Chris Hardwick talked about their love of Mego toys publicly, and soon there was a desire for the Mego brand to return. 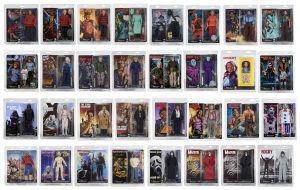 With the help of Paul Clarke (Doctor Mego), Marty Abrams has relaunched the Mego brand to a wide audience via a release in Target stores all around the country, and Mego chose the biggest stage in pop culture to roll out their toys: Comic Con International San Diego.

The show attended the panel with Paul Clark, Marty Abrams and football legend Joe Namath at SDCC and it was truly something to behold.  Not only was the entire room packed to the gills with fans of Mego, and “Broadway” Joe, but it was full of positive emotion. Often fans of a license or a product can be very negative around anything that they perceive as a cash grab or pandering, but this roll out is no that.

Abrams talked at length about his love for Mego, and the fan base that it has developed.  He also talked extensively about his desire for the toy to remain a toy. That he isn’t overly interested in the collectors or the secondary market, and therefore they have driven towards mass production and will be available in Target. 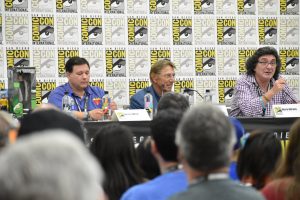 The crowd was lapping it up.  Add to the equation the fandom that comes with Joe Namath being on the panel.  Spry and witty, as would be expected from someone of his caliber and familiarity with being in front of people.  He was cracking jokes and having fun but was moved by the adoration that his fans were displaying in the Q&A segment of the panel.  Many people came forward to talk about how not only Joe Namath, but Mego both helped them through hard times in their life. One woman was moved to tears just to have the opportunity to talk to Namath, that woman received the thrill of her life when Joe Namath got up from his place on the panel, walked down to her seat and gave her a hug.

It is a gesture from celebrity to fan that you don’t see as often in sports as I think you do in pop-culture.  It seems to me that the separation between athlete and fan is much starker in that world, and our access to the people that create the comic books, movies, TV and even toys that we love is so much more open.  That is something that we as pop-culture fans often take for granted.

At the end of the panel I got to see something that I literally have never seen happen in a panel room.  As the end was being signaled by the moderator, and Adams, Namath and Clark were getting up, half of the audience was mobbing the front of the room.  Everyone in there was desperate for a chance to talk to one of their heroes. Whether it be the toy creators, or the sports icon people were hungry for a chance to just tell them how much they loved them.

The whole room felt that love.

You can see at their facebook page, Mego Corporation, what they are up to with the roll out in Target.  At www.target.com you can find a whole line of Mego toys ready to buy and play with!

Be sure to check out our interview with Marty Abrams and Paul Clark here at www.totlb.com or in you local podcast app. 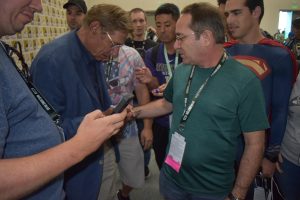