Hey Everyone! Here we go heading midway into August! Lots of fun stuff out this week, some new books, some crossovers, some new event miniseries, so lets dive right in shall we?

From DC this week, Aquaman #39 continues the “Sink Atlantis” story arc! Guest-starring Task Force X, and continuing from SUICIDE SQUAD #45, also on sale this month! After Atlantis rises to the surface once more, Aquaman finds himself outnumbered and outgunned when Amanda Waller sends in the worst of the worst-the Suicide Squad-to send the Lost City straight to Hell in “Sink Atlantis!” part two! 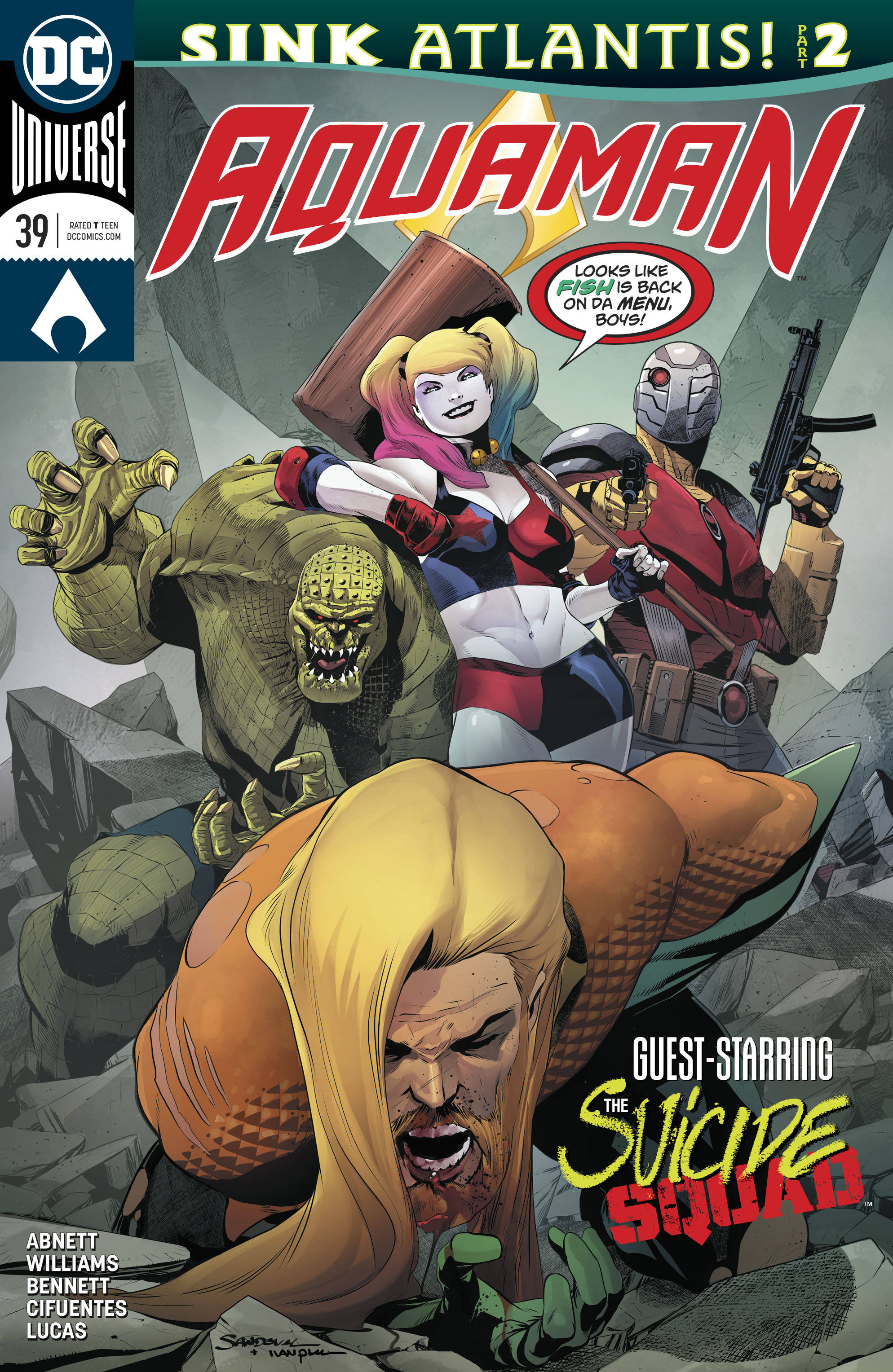 Batgirl #25 also hits stands this week and sees Barbara returning to Gotham! Barbara must come to terms with her complicated feelings about the city that made her Batgirl and turns to her friend, Dick Grayson for help. Does Dick have time for a heart-to-heart while subbing as Batman when Bruce Wayne is out of action? This extra-sized anniversary issue also offers a look at the next arc of the series by Mairghread Scott and Paul Pelletier as the monstrous villain Grotesque returns to murder wealthy art owners and defile their bodies to create his own “art.” And since this is the issue that keeps on giving, also look for a special backup story by Harley Quinn co-creator Paul Dini and artist Emanuela Lupacchino. 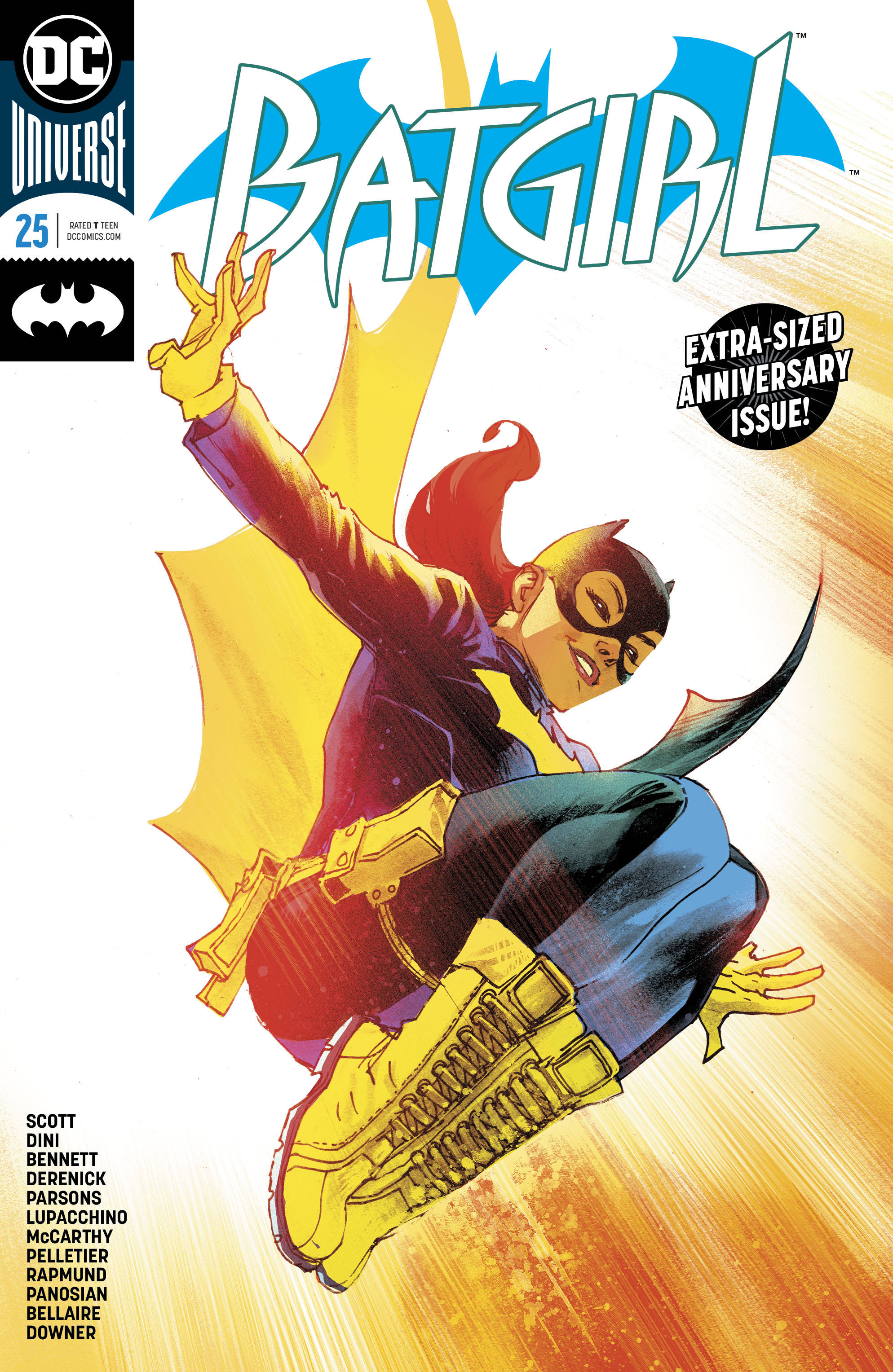 Lastly, from DC this week, Brian Michael Bendis and Michael Gaydos team up for the first title in Bendis’ “Jinxworld” imprint called Pearl #1 (of 6). PEARL is the story of an exceptional tattoo artist and accidental assassin for one of the modern-day San Francisco Yakuza. She was born into one life, but another is calling to her. When Pearl accidentally meets one of her peers, her doppelgänger from another clan, she starts to dream of a better life. But Pearl has a very special ability that keeps pulling her back into the violent world she is desperate to escape. 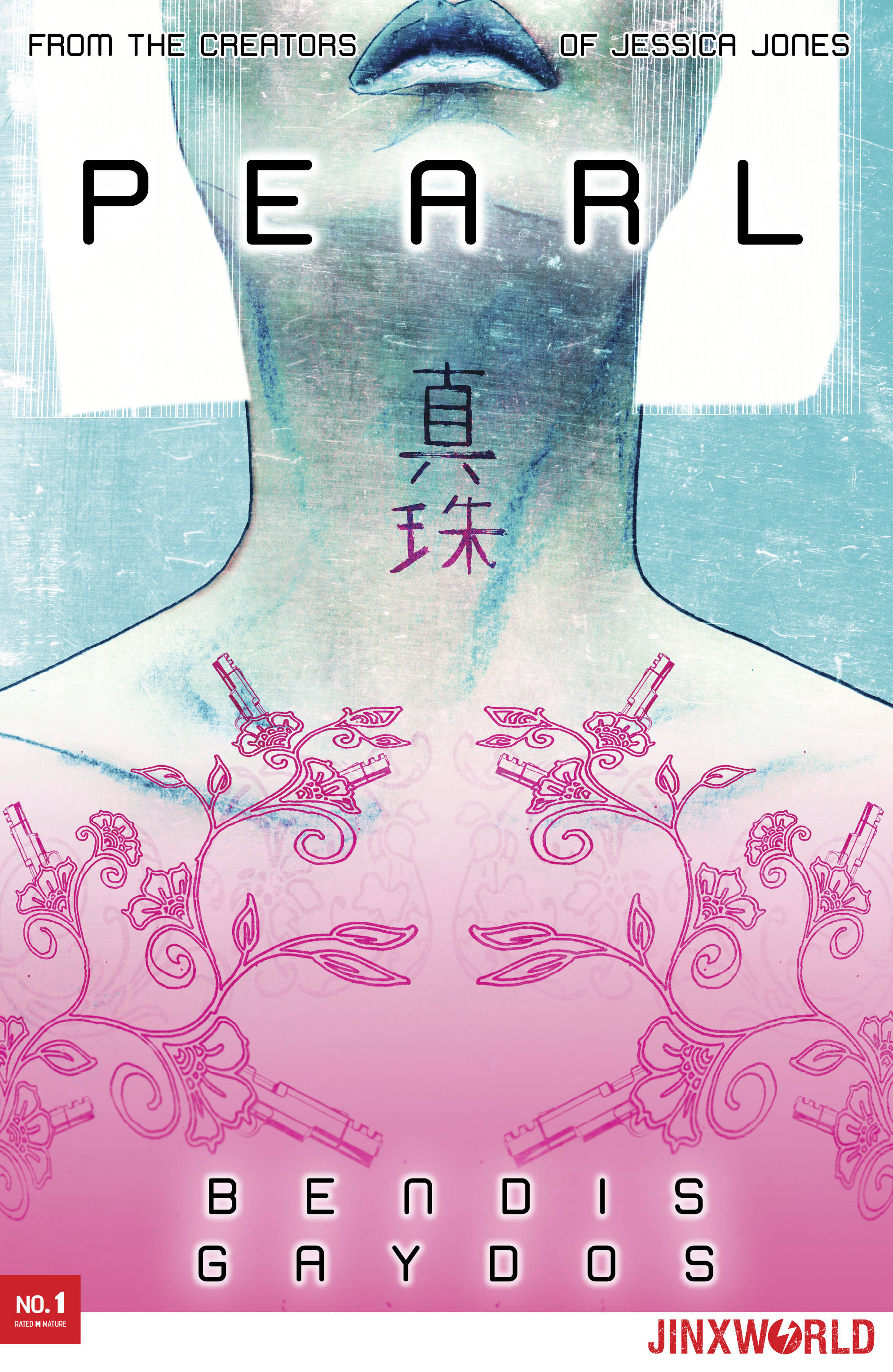 From Image Comics this week, Chris Sebela and Ro Stein debut a new series with Crowded #1! Ten minutes in the future, the world runs on an economy of job shares and apps, including Reapr: a crowdfunding platform to fund assassinations. Charlie Ellison leads a quiet, normal life until she’s suddenly targeted by a million-dollar Reapr campaign. Hunted by all of Los Angeles, Charlie hires Vita, the lowest-rated bodyguard on the Dfend app. As the campaign picks up speed, they’ll have to figure out who wants Charlie dead before the campaign’s 30 days-or their lives-are over. 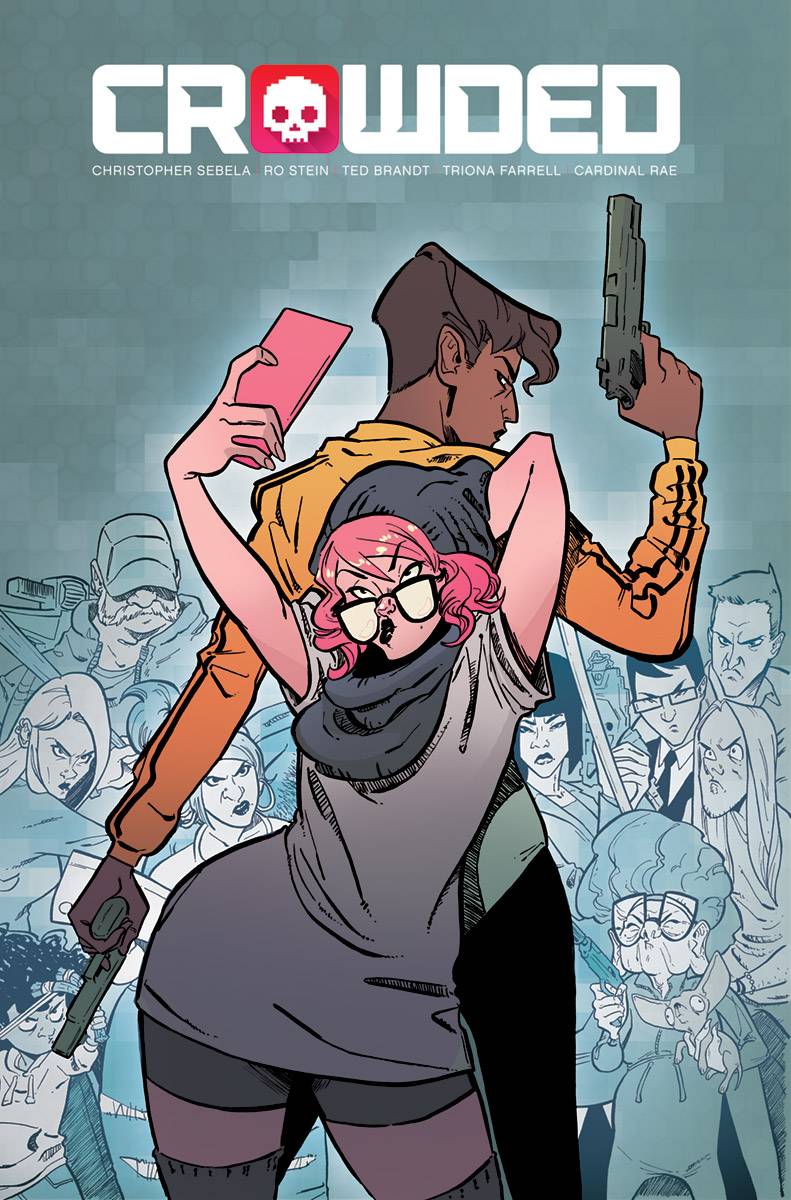 From Marvel this week, Edge of Spider-Geddon #1 (of 4 ) fires off its first salvo. Spider-Punk is back and better than ever. After SPIDER-VERSE, Hobie Brown was a Web Warrior, but that didn’t mean things back in his universe were solved. The writer of the SPIDER-PUNK story in SPIDER-VERSE is back and joined by VENOM’S Gerardo Sandoval! Spider-Punk’s Earth is under attack both on the ground and from space, meaning his responsibility seems to outweigh his power. Don’t miss this first shot of the SPIDER-EVENT of 2018! 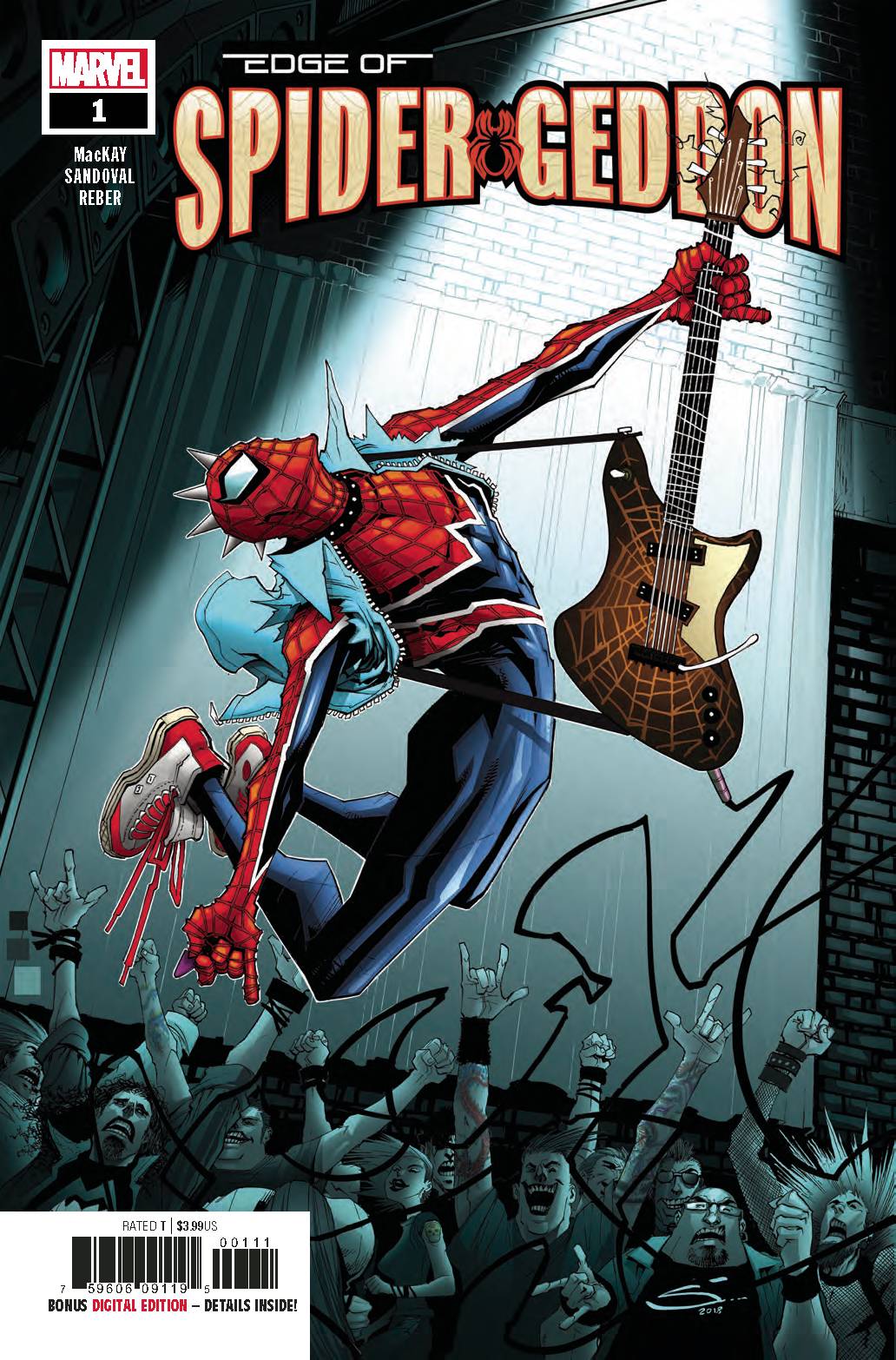 Also from Marvel this week, another event kicks off with Extermination #1 (of 5). Cyclops. Iceman. Angel. Beast. Marvel Girl. The original team of teen mutants brought together by Professor Charles Xavier many years ago have been shunted through time to find a world they barely recognize but were determined to help. Now, finding themselves targeted for death, the future of mutantkind lies squarely in the hands of its past. Writer Ed Brisson and artist Pepe Larraz answer the biggest question of all: can the fate of the X-Men be changed? 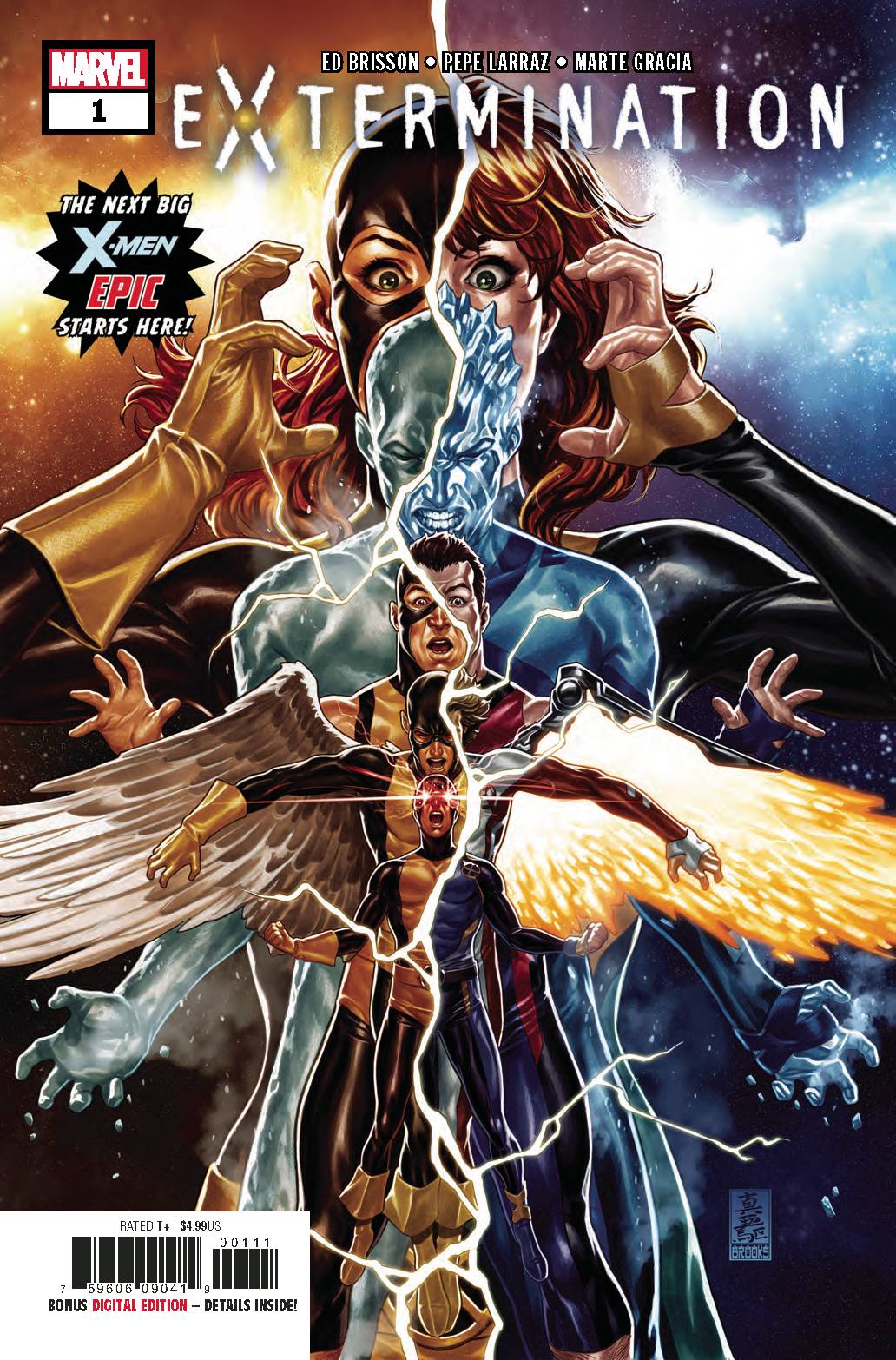 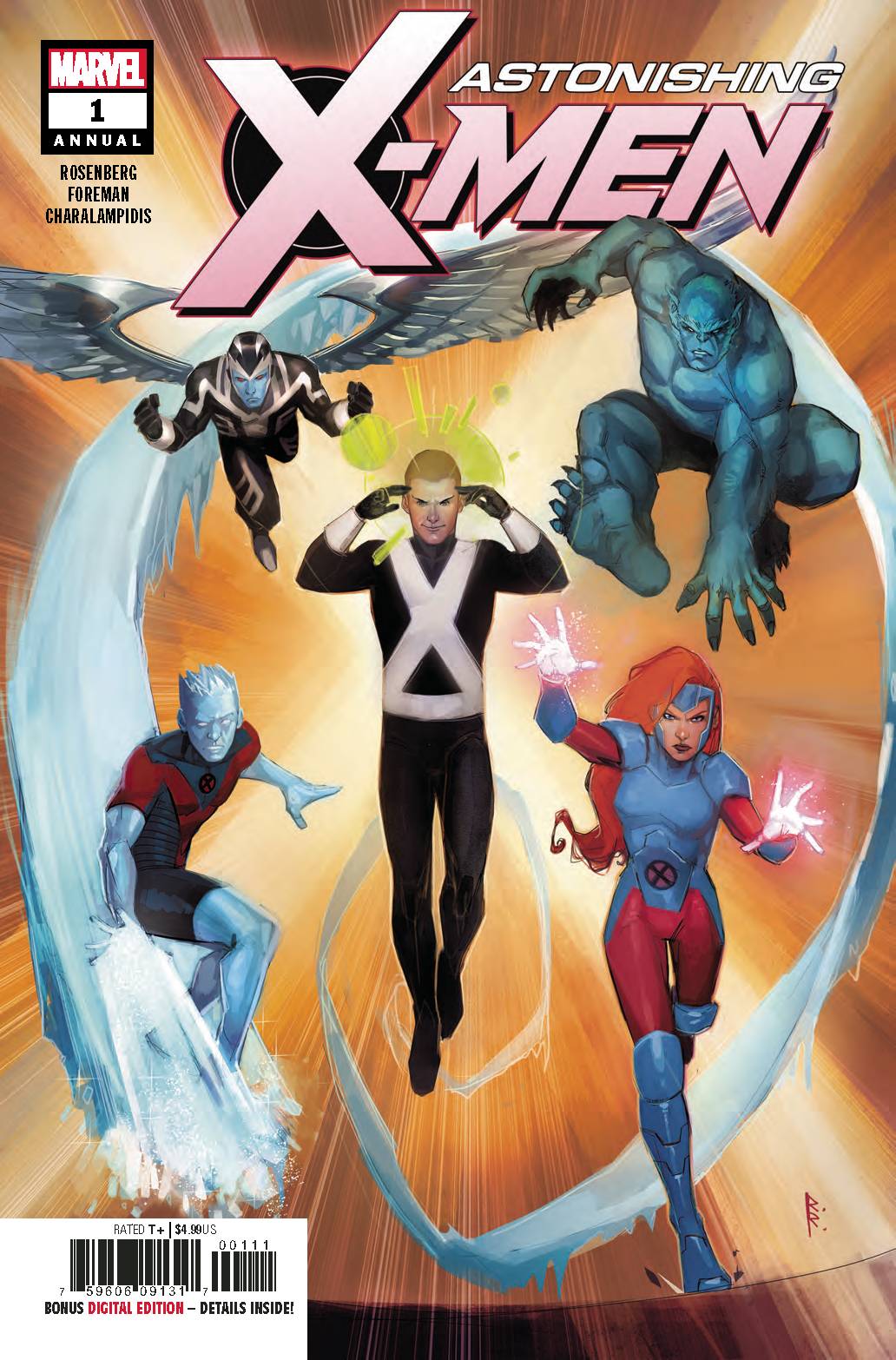 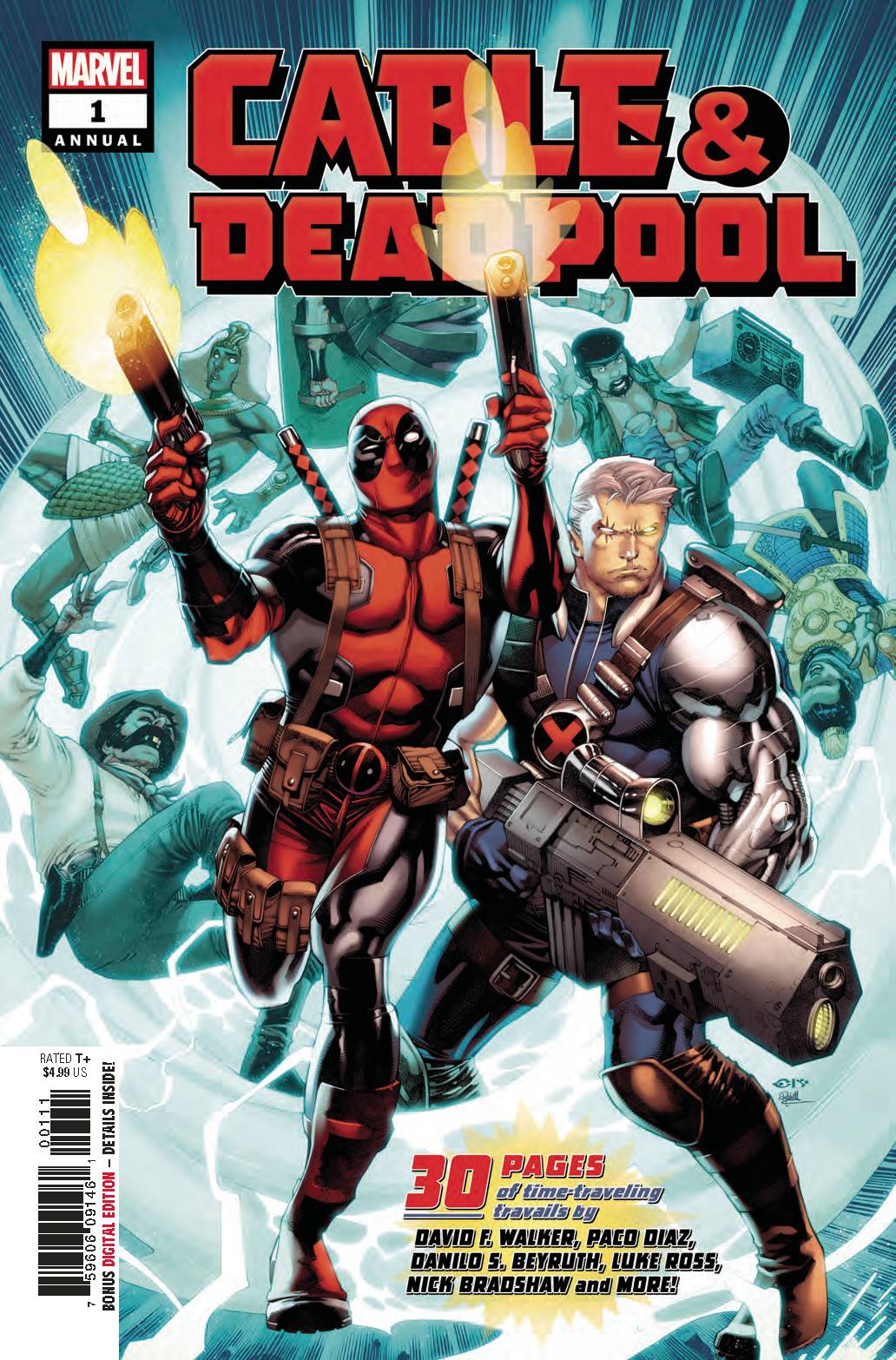 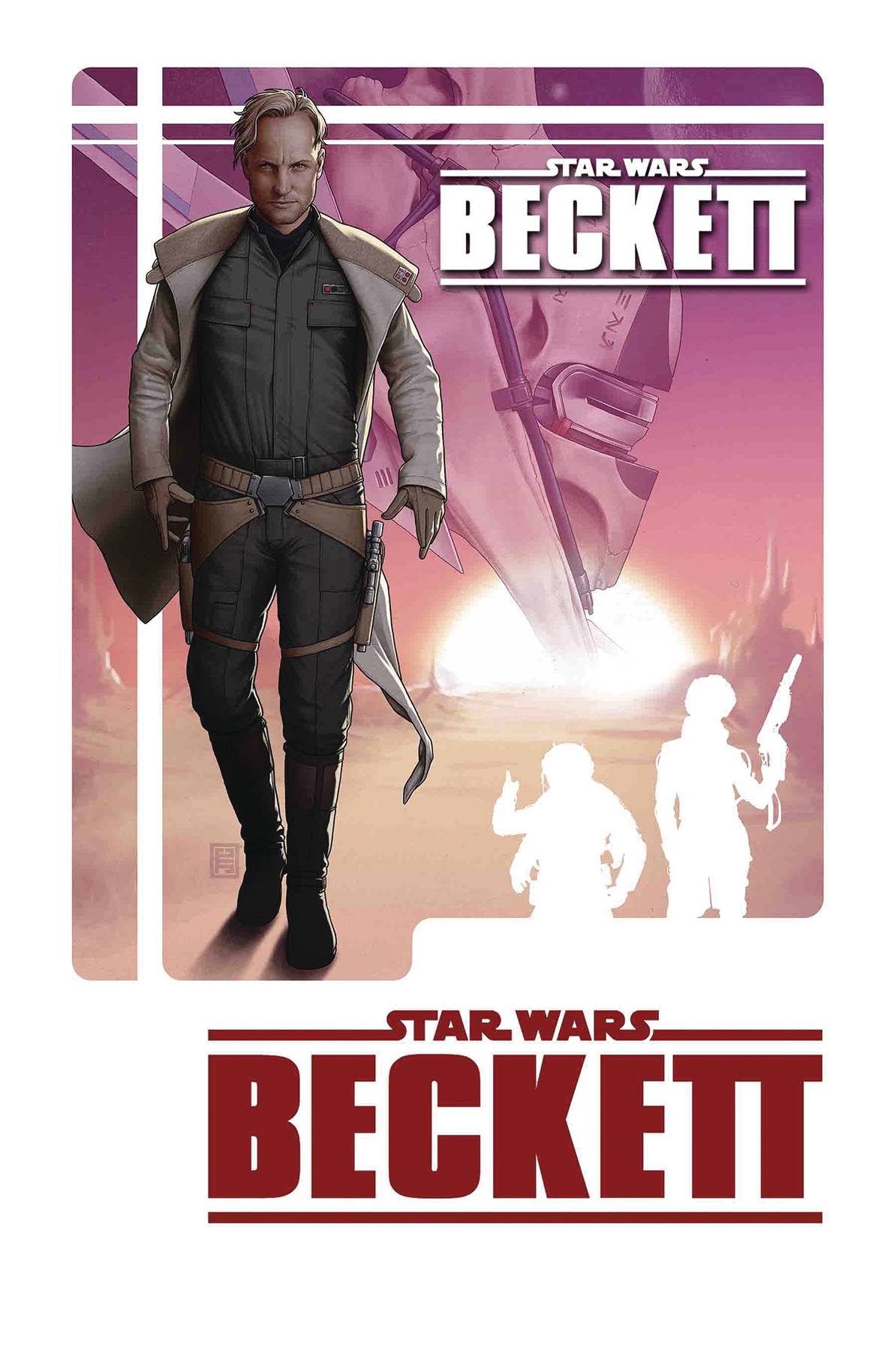 From AfterShock this week Volition #1 makes its debut! In a not-too-distant future, artificial intelligence has spawned a race of robots that serve all of humanity. Robots are considered second class citizens, but a few in the A.I. community are fighting back in a constant struggle for equal rights. When a debilitating virus called “Rust” threatens all artificial life, salvation lies in the most unlikely of robotic heroes-not a warrior or an solider, but in an obsolete construction worker and a dedicated caregiver. Together, HALE-19 and AMBER-7T embark on a perilous journey in search of a cure that could potentially change the balance of power on Earth forever. 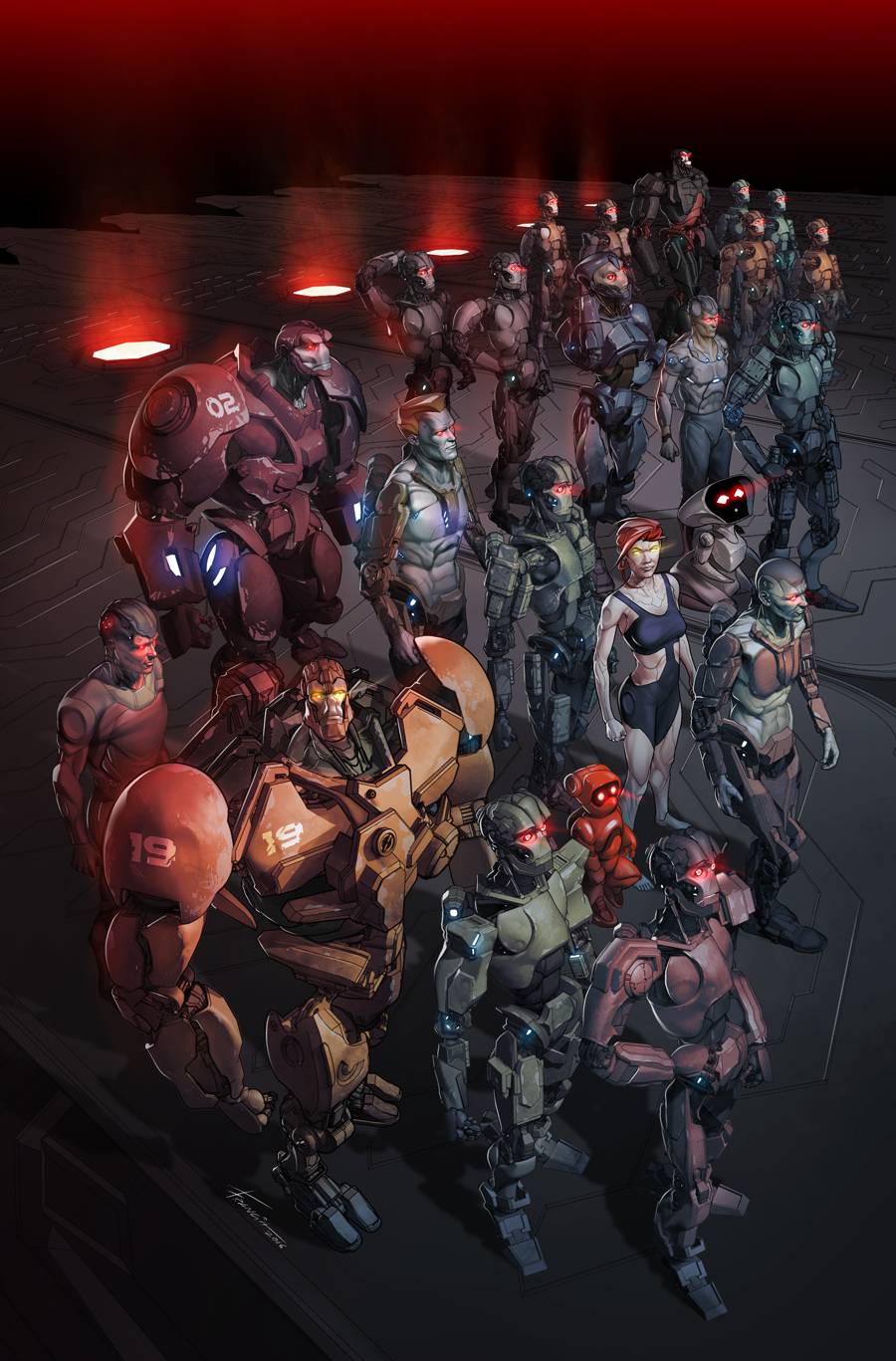 Beneath the Dark Crystal #2

Cave Carson has an Interstellar Eye #6

Injustice Vs Masters of the Universe #2

Scooby Doo Where Are You #94

Game of Thrones Clash of Kings #12

Hunt for Wolverine Claws of a Killer #4