So there is currently a massive marketing blitz for DC’s new product DC Universe.  With trailers coming out at Comic Con International San Diego and constant Facebook ads, but what does your $75 a year really get you?  Let’s dig into what we know about DC Universe.

Probably the biggest selling point that they are pushing is access to exclusive new television content.  With five featured shows in the DC Universe trailer including three that are are slated for live action and two that are animated.

Titans had its trailer released at SDCC (the now infamous “Fuck Batman” trailer).  Showing us a dark and gritty DC world that we have come to know from the movies and in a lot of ways the CW shows.  This could go either way as far as entertainment goes. Will it lean too heavily on violence and language than story?  Only time will tell.

Grant Morrison’s version of the Doom Patrol seems like the natural choice for source material for the proposed Doom Patrol show.  If you aren’t familiar with this IP than you are in for a treat. This strange group of Super Hero/Trauma Victims had a fantastic run under Morrison, and is currently enjoying a great run under Eisner winner Gerard Way.  Do yourself a favor and check it out, because that will get you excited for what a show can be.

The big question mark is the live action Swamp Thing series.  Very little has been said about this, and it could end up being anywhere between “horrible beyond belief” and “the best show of all time”.  James Wan (writer of Saw, and executive producer on Aquaman) is attached to the project and that is positive. Also attached to the show are writers Gary Dauberman (writer on It and Annabelle) and Mark Verheiden (writer and executive producer on Ash vs. Evil Dead, Daredevil and Constantine).  They have stacked this with some horror and comic heavyweights so this has the stink of good on it. It also isn’t lost in translation that Verheiden was a writer and executive producer on Constantine which could make for a great through line to relaunching Constantine on DC Universe.

On top of the exclusive new shows they will also be streaming a lot of their classic content which could have and incredibly wide range.  I could have anything from a rebooted Powerless to bingeable streams of Batman 66 or Smallville. There is a lot of DC content out there and that is without even looking at the slate of CW shows.

So far the announcements for movies have revolved around the available DC content from the past.  Everything from the fantastic animated movies that have been coming out over the last few years, to the original Batman and Superman films.  There is a lot that they can draw on for this segment of the service.

It will be interesting to see what they do with newer properties like the latest of the super hero films to come out in the theatre.  Will they begin to have exclusive DC Universe releases? Will there be early streaming access for users? There hasn’t been much information about this other than the clips that are included in trailers for the service.

There will also be a comics aspect to the service.  Claiming that this will be a “curated” list of some of the best that DC has to offer, on demand to your device.  By creating this segment the service becomes something more than just another streaming service. Much of the push has been to cross platform and cross reference content.  Read a Batman comic on your phone or tablet, then watch the movie or animated show that was inspired by the run of comics that you just read. This is a really interesting idea and it seems like it could be a really great way to convert the eyes that see video content into eyes that read comic books.

So the platform is also slated to have some interesting aspects to it that no other streaming platform has ever really included.  Access to exclusive merchandise, a social media platform that gives you direct access to DC creators and the chance to earn exclusives and prizes.  This rounds out what the DC Universe can be, but will it be to much? These have the potential to be the lurking place of super fans that constantly neg the service they are paying for (looking at you WWE Network), or it could be a really interesting new take on what a media company can do with their properties.

For the price of $7.99 a month or $75 a year this is on the same price point as streaming services like Hulu or Netflix.  Will it be able to produce the same level or amount of content? Will this be worth it for casual DC fans or will this only be for the mega fan?  What happens when Marvel announces its service? 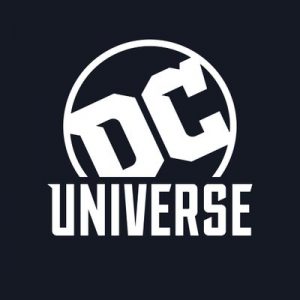