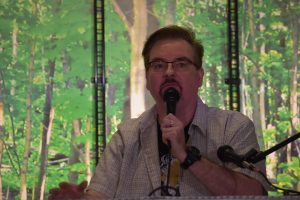 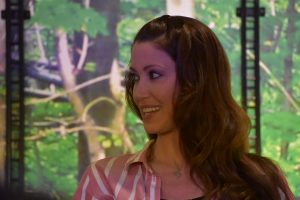 It is hard to deny that two of the most important “late night” comedies of the 90’s are Clerks and American Pie (and Jay and Silent Bob Strike Back).  At Colorado Springs Comic Con this Friday we got the chance to sit in a panel with Shannon Elizabeth of American Pie and Brian O’Halloran of Clerks. Both actors came out to a rousing ovation and regaled us with their times with Kevin Smith, what it takes to be an actor, and the best way to keep a crew happy on a budget; not to mention Shannon’s work with animals in Africa. 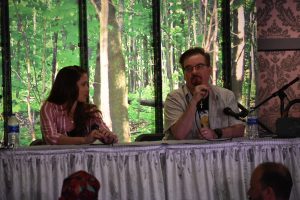 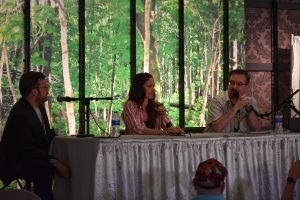 Both had kind words to say about director Kevin Smith, O’Halloran as a principal actor in both Clerks films, and Elizabeth from her role in Jay and Silent Bob Strike Back.  Brian talked about how during the filming of the first Clerks film Smith was much more interested in the dialogue being exact than for the second Clerks film, where Jeff Anderson and O’Halloran were given a little more leeway with their dialogue.  Shannon talk about how fun it was to develop the Justice character, and that Smith was very surprised with how much effort she put into developing the character. She went so far as to wear glasses, because, “Justice is blind.” 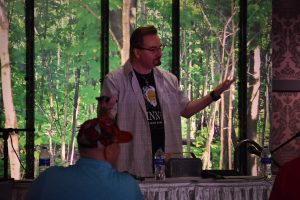 When asked what it takes to get in front of the camera O’Halloran was very matter fact.  He talked about how important it is to take acting classes. That one of the best ways to get really involved is also through visiting film festivals.  Like we say on our show, if there is something that you think isn’t out there in the market that should be, make it. He also talked about the ease with which a movie can be made now with reasonably priced cameras and even cell phones.

As far as keeping your crew happy on a low budget he said the key to it is having great craft services, and that they don’t need to be from the same place every day.  Ask the crew if there is a mom or grandma that can make one great meal, then see if someone else has a person they know that would be interested, “If you are going to ask them to stay for a long day, they should at least know that they are getting a great meal at the end of the day,” he said.

When asked about Clerks III falling apart O’Halloran was very candid about the movie falling apart.  So much of what made cult films like Clerks and American Pie so successful was the secondary video market (insert old man, back in my day, VHS joke here).  With the falling of the video market and the rise of streaming services that pay significantly less per stream. When the financials came through for the actors Jeff Anderson was unpleased with the amount that they we offered (O’Halloran said that the offer was “insulting”), so Anderson decided to back out of the project in spectacular fashion and that is what got Clerks III shut down, as Smith didn’t want to go on with the project without Anderson.

Set stories were brought up in a question, and Shannon had the best one from the set of Love Actually. On the final day of filming the whole cast was on set for an airport scene that they were all in.  Costuming had dressed her and co-star Denise Richards in the British equivalent of what they thought midwestern girls look like. While at craft services they were eating, and Hugh Grant walked up to them.  They were excited to meet him, and Richards said, “I’m so embarrassed that I’m dressed like a whore.” To which Grant replied, “Oh, my favorite.”

This was a hilarious panel, but it ended on a serious and positive note.  Shannon Elizabeth has dedicated herself to work with animals.

What started out as a rescue for dog and cats in the Los Angeles area, but after 10 years of that work she decided to find a way to expand the organization to help as many animals as possible.  She began to learn about the poaching crisis in Africa, and in 2016 she moved to South Africa to be close to the work of saving animals.

Everything that she had to say about her organization displayed the passion and hear that she has for what she does.  This is her true calling and a truly admirable reason to make public appearances. Be sure to check out what she does at www.animalavengers.com.