I got to spend a good chunk of the parade with my family, before me and my two oldest daughters headed off to the Denver Comic Con in one of the most harrowing of pedicab rides I have ever had. Guys on cell phones were narrowly missed, red lights were run, pedestrians were made upset, but Baleigh, Sophia and I lived through it.

When we got to the convention center it was off to the races one last time. First up a panel on Diversity in Comics, that was very lightly attended, but the conversation between the panelists was fantastic. Georges Jeanty, Spike Trotman, Ron Wilson, Greg Neri, and Joe Pimienta all had really interesting things to say about their time in comics and how it has been changing. 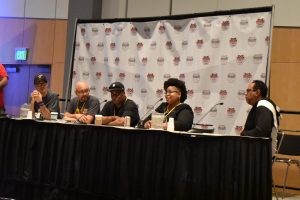 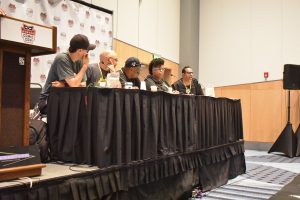 Then we went over to do one of the interviews that I have been looking forward to the most this weekend. Terry Moore was fantastic to talk to and I can’t wait for you guys to hear what he has to say about being a musician, and a prose writer and how he has incorporated those two things into his comic book writing. On top of it all he literally cleaned off a chair for me, and even gave my shoulders a light dusting. It was truly a great interview. 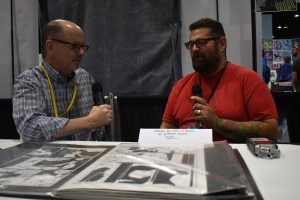 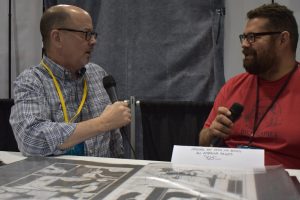 Then we went to do the Art of the Comics Cover. It was the end of the con and the panelists that were there ended up having a great conversation because they all seemed a little slap happy. Even Arthur Adams was nice to me this round. At least the light hearted tone of his ridicule indicated to me that he probably didn’t hate me. Other members of the panel included, Chris Stevens, Joyce Chin, Adam Kubert, Joe Eisma and Chrissie Zullo. It was a ton of fun and I learned more that I ever thought I would doing the panel about the business of creating comic covers, and the lives of secret high end sketch books. 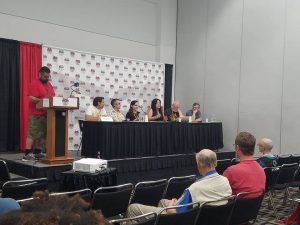 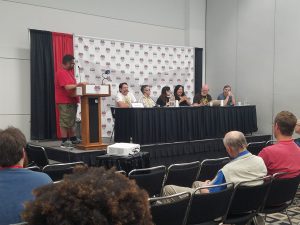 Finally the last two interviews of Denver Comic Con, Jen Vaughn and Chrissie Zullo. They are both great comics creators. Jen largely dealing with licensed properties or her own books. Where as Zullo is more of a covers artist. Both are talented an in their own but very different ways. It was neat to get a change to see different sides of the industry through their eyes. 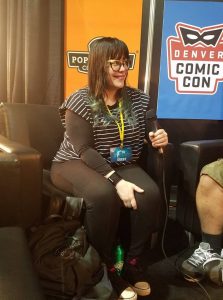 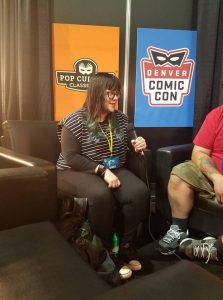 Then that was it, a little bit of wrap up recording and then I spent the rest of the evening with my daughters, walking around the convention, seeing my friends and just enjoying the rest of fathers day with a couple of my kids.

That makes a wrap on Denver Comic Con 2018. Next up San Diego Comic Con!