It may or may not be Friday, I haven’t slept well in two days and all this crack cough medicine  I’m taking seems to be adding a little bit of nuts to my daily activities. I’m walking around my house talking to inanimate objects like I’m Chris Rock pointing and yelling for no damn reason. Probably way less funny though. Also you ever binge watched an entire season of something on Netflix while simultaneously believing that you might die! Gives Lost in Space a whole new meaning. Hell were still in the first paragraph of this review and I’ve fallen asleep 3 times drooling all over myself. that liquid Tylenol/codeine shit don’t play! But were here to talk about Superman I think, and I already missed a post Wednesday do to the as for mentioned slow and torturous death I’ve been experiencing. I’ll throw in a little Monday or Wednesday action for you Floppy Copy peeps next week assuming my life continues. We will do the Action Comics 1000 cause I should totally do that!

Remember Wittle Weaders we are doing our Very first giveaway, and I think its pretty rad!

How can you win my very own Blank Copy variant of Action Comics #1000 with custom cover art from our one and only Agrovated Artist Tim Huskey. Why would we possibly choose you from the literal tens of people who are probably reading this article? Is a question you might be asking yourself?

Well its a little more complex than liking, sharing, or commenting on this post, but I would love it if you would do me that favor as well. This giveaway will require a little more effort on you the reader. WWSupermanD Mother F*cker, probably help out and donate to his favorite local neighborhood charity that’s what… So that’s exactly what I want you to do! Now I know some of us have a little more cheddar than others and can do more in that capacity, but we all can donate a little time, or energy. That’s right get out there and do some good! Donate your time, money, or recognition in the forms of Facebook/twitter/Instagram shares, financial partnership, or hard work to your favorite local charity and then tell us about it in the comments below. You have about 1 month around May 20th I think to get out and do some good as we Celebrate 80 years of the Man of Steel. Winner to be announced on a patreon only video of TOTLB… Surprise twist! That’s right you also have to donate at least 1 dollar one time to TOTLB at Patreon to see the winner announcement and super cool unveiling of the cover! Patreon support not required to win but if you want see us talk about how awesome you are, your charitableness and freaking sweet one of a kind comic on patreon you will have to show your support suckas! 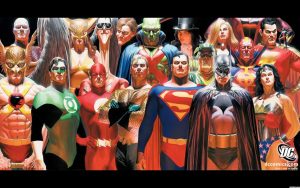 Kingdom Come is probably my favorite Superman Story, and maybe even my favorite DC story of all time, yes it is another Elseworlds title and doesn’t really play inside the continuity of DC proper, but that little bit of flexibility really serves the character of superman well seemingly opening up the writers hands bit. Mark Waid and Alex Ross really pull together the essence of what it means to be a superhero. I’m not going to spoil to much info in this review because you should really read this comic for yourself, but I what I will tell you is that we get to see a lot of comic book super questions tackled in this 4 part mini series. Why doesn’t someone just kill the bad guys? What would happen if the superheroes just went away? What does a world look like when ruled with almost God like control by a super? Is batman still badass as half crippled old man? All of these questions and more will be addressed here! The evolution of major super heroes and their powers would be cool enough, but tie that with an exceptional story of morality, friendship, outside perspective of an aging preacher and you get yourself a pretty rad ass comic. Yea I sad Rad deal with it! Plus Shazam/ Superman Super fight! and humanity tries to solve the thing with a nuke! Never really seems to work out in comics but its like the only card we wee wittle humans seem to have going for us. 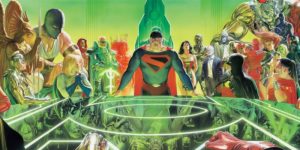 I just realized I don’t ever wanna review comics as much as I want tell you to read them and give you a few reasons why. Or the opposite, but we have only had one truly bad comic as of yet! …. Damage! 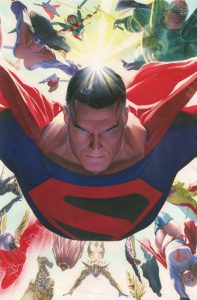 Any-who if you are looking for cool Superman stories that aren’t Lost in a vacuum of Elseworlds continuity perhaps never to be visited again. Here are a few suggestions.

1985 Superman Annual 11 Alan Moore, and Dave Gibbons! at around 40 bucks you get a first appearance of Black Mercy I believe and a super sweet Mongul story and fight scene! 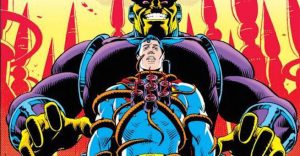 Death of Superman/Funeral for a friend is an iconic as it gets in the Superman world and a polybagged issue of Superman 75 will still run your less than 20 bucks. Although this may be trade worth investing in to get all of the story. Up to you! 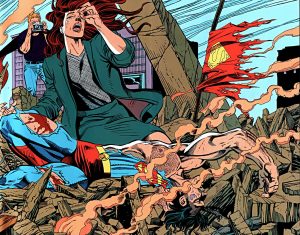 Superman #247 “Must there be a Superman” in which the man of steel is put on trial by the guardians! this is fun single issue for sure so check it out!

I forget Tim’s Friends name but he suggested a really cool Gog story to us in Action Comics #825 took me a while to find the exact issue number there but reading 824 beforehand will really lead you into the story nicely, in which Gog and Doomsday find a new path and superman must face an army of time displaced Gog’s! its a pretty sweet read if I remember right it has been sometime. but its pretty much still cover price so it wont break the bank to give it a look! 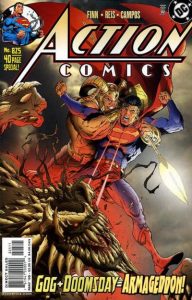