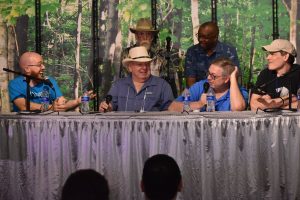 Some days you get to sit in a room with comic book royalty and listen to them talk about the things that they have created.  On this day at Colorado Springs Comic Con we got to sit and listen to five of the most influential Green Lantern creators: Mike Grell, Pat Broderick, Darryl Banks, Ron Marz, and Joe St.Pierre.  Each had an influence in the direction and history of Green Lantern, but probably none quite as large as Ron Marz and Darryl Banks. 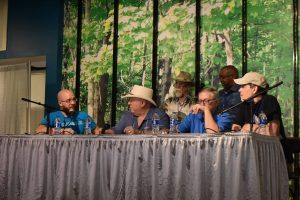 In the wake of the breaking of Batman and the Death of Superman, DC wanted a new take on Green Lantern.  So, with Gardner Fox being taken off the book and Gil Kane stepping down on art DC approached Ron Marz to write the Emerald Twilight story.  He knew that it would over all be a very controversial story, so he took his time thinking about taking the job. There was one important part of the deal though, when he was done with Emerald Twilight he would have carte blanche, to remake Green Lantern. 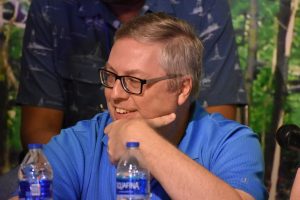 He had to take the job, so there was mad rush to get the three-issue arc done.  With the help of Darryl Banks and two other artists (because the three-issue run had to be fast tracked in an intense way), Emerald Twilight was churned out and Green Lantern was reinvented into Kyle Rayner.  Marz said he was given no direction other than they wanted The Lantern to still be human and remain a male. They wanted change, but no too much change.

Mike Grell talked about how much he loved Denny O’Neil and Neil Adams’ run of Green Lantern/Green Arrow and how he had always wanted to do the characters.  Soon he was able to pick up the book and started drawing both characters in his run, often presented in the same dual branded format that O’Neil’s run had. 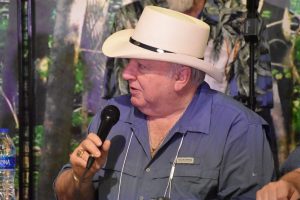 Finally, Ron Marz touched a little on the “Fridging” trope.  He said two things about it. The first was that he understands the point of view that people have, but that at the time comics was a very male driven medium, and he had to write for that audience.  He told the story of how he killed off a pivotal male character in Witchblade and they received one letter, and no outrage. His male readers weren’t moved by male deaths.

Darryl Banks had drawn the scene in question, the whole body of Alexandra DeWitt in the fridge.  Not mutilated or violated, just dead. When the page was sent to the Comics Code Authority they felt that the page was too gruesome and made Banks redraw the page with the door of the fridge partially shut.  The letters they received talked about the dismembered body of Alexandra behind the door, when in face Banks had never draw it that way, people’s imaginations just cause people to perceive that. 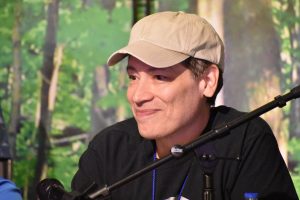 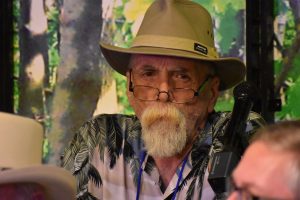 Overall it was a very interesting look at the history of Green Lantern (particularly in the Modern era).  Be sure to check out the full panel on YouTube and Subscribe.