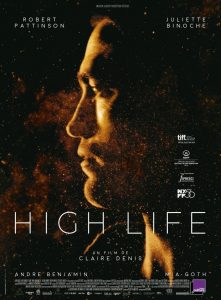 A 2018 film directed by Claire Dennis, starring Robert Pattinson, Juliette Binoche, and Andre (3000) Benjamin. First off as the title might suggest, this sci-fi film has nothing to do with marijuana. Being Dennis’s first science fiction film she along with the cast spent time training at the European Astronaut Centre to prepare for the shooting. This is where any and all praise I might of had for this film ends. The premise of sending convicts on death row, into space, should have created a fair amount of tension and anxiety. WRONG. The entire crew seemingly gets along like a family of teenagers with only a few minor hiccups. This movie does a fantastic job of introducing tons of interesting ideas and plot points during it’s hour and 53 minute run time. However the film fails utterly at elaborating on, or using those ideas and plot points any further after they’re introduced. Coupled with a very convoluted plot and jumping timeline, this movie was almost a headache to watch. This film is basically a french lite version of 2001: A Space Odyssey. 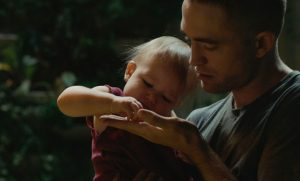 Final thoughts: Watch at your own risk. It’s only mildly interesting throughout the entire film. The ending makes so little sense that even in interviews the director, actors and writers sound like they’re just making stuff up.