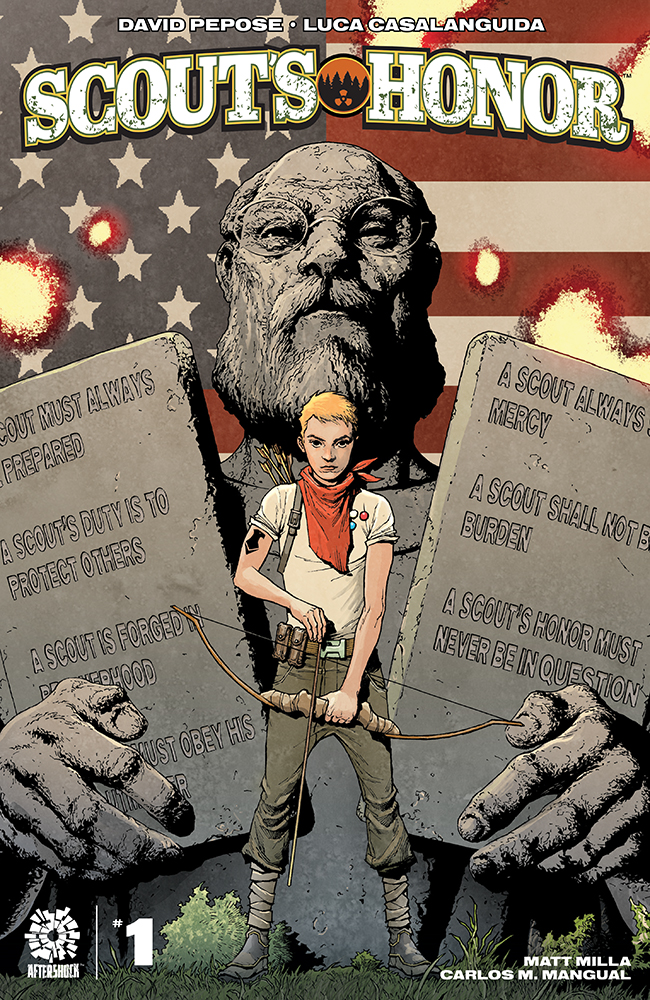 This is a post apocalyptic story with a rather interesting take on civilization. Imagine if you will, a post cataclysm society in the “Badlands” of Colorado founded and governed by principles and guidelines from a boy scout survival manual. The story and ideas explored in this first issue range from brutal survival tactics, fanatical leadership, to a secret that if exposed could be as destructive as what ever started the apocalypse in the first place.

The story follows 2 young protagonists on a day of destiny. As a routine recon patrol erupts into chaos. Scouts Kit and Dez are forced to fight for their survival against an enormous mutated boar. An I’m going to stand up on the breaks right there. Why? Because this story kicks off REAL fast and it doesn’t miss a beat once. One of the most intriguing first issue I’ve read in a long time.
The art is clean, inventive, and colored in a manner that visually tells the story on it’s own.
I’ve already messaged Jon at Hall of Justice Comics in Parker, Colorado to add it to my pull.
Tim Huskey, Cohost of Thinking Outside the Long Box.
From Creators David Prepose & Luca Casalanguida
OUT NOW – https://aftershockcomics.com/category/scouts-honor/ 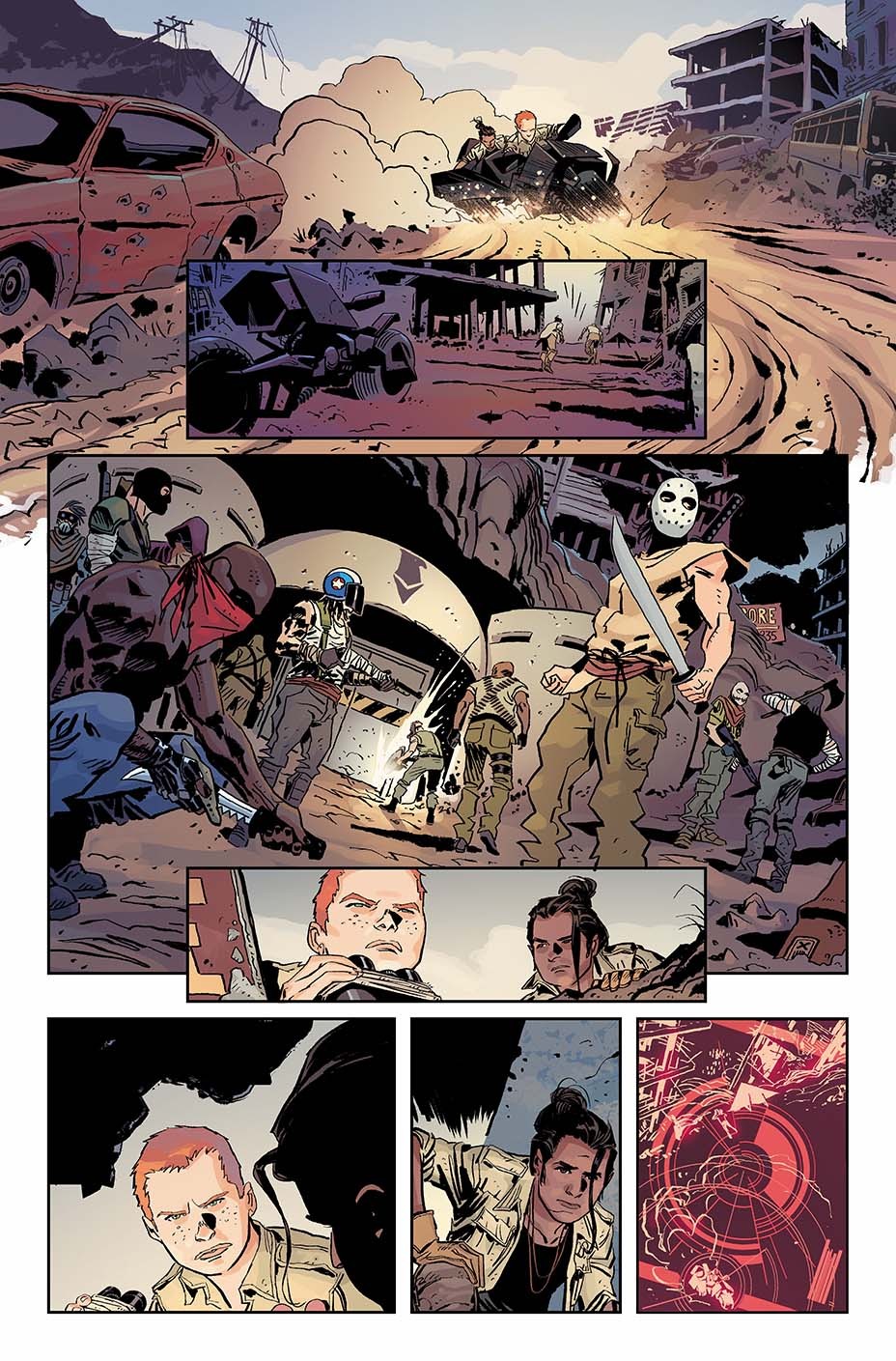