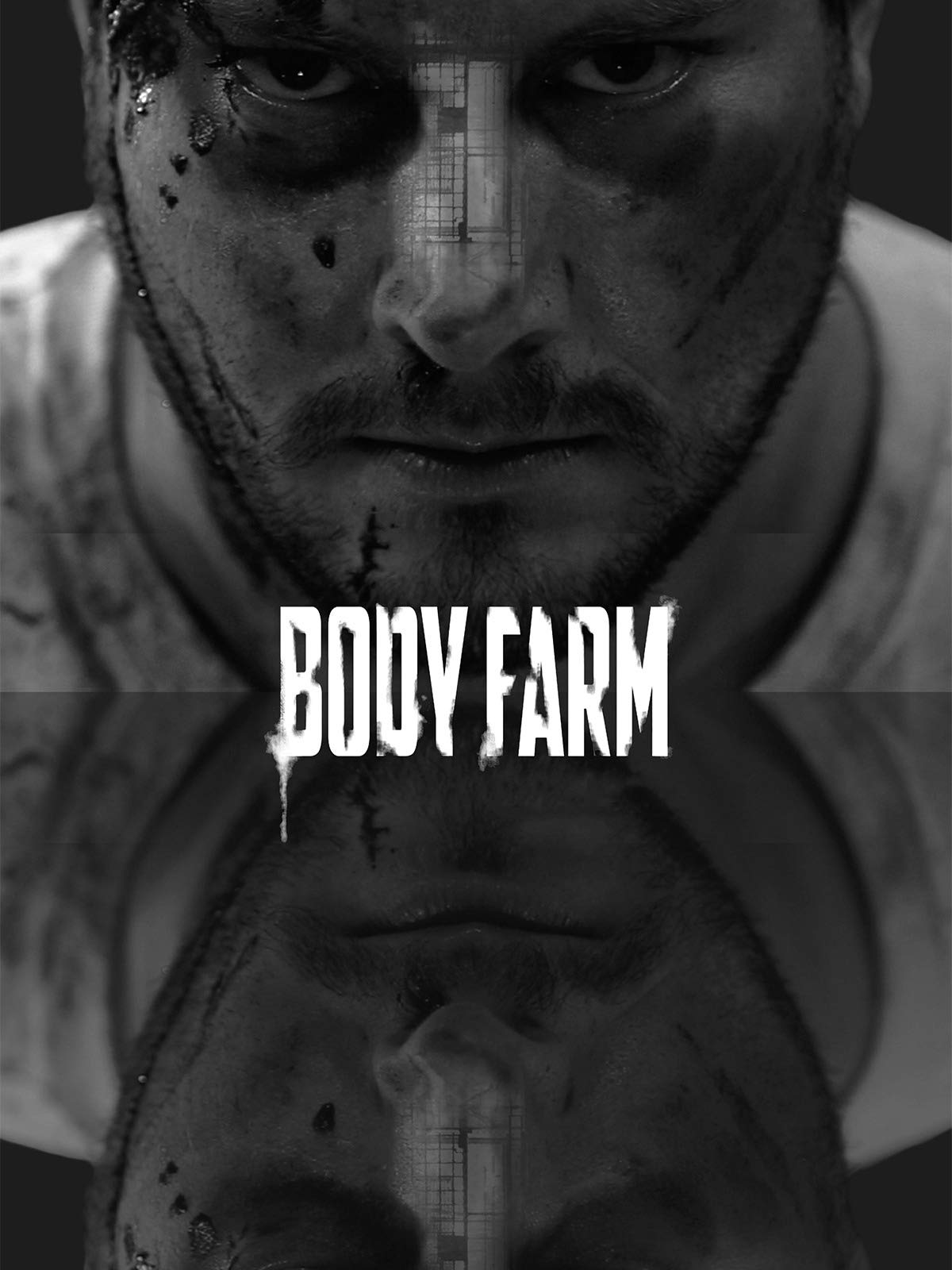 Erik (Brandon Keenan) is a videographer for a small film company that has a lead on what promises to be a juicy story (and possibly a big break).  His girlfriend Justyne was sent out to investigate, but has gone radio silent for a few days, causing Erik and his boss some concern.  The bosses respond, sending the whole team out to investigate the story, and while they are at it, see if they can find Justyne.

What a story it is too, a private prison holding death row inmates, who when they pass are used in a body farm.

If you aren’t familiar with the concept of a body farm.  Body farms are effectively a place where dead bodies are set up in situations that expose them to elements or conditions that can be studied for use in criminal forensics.  It gives scientists the opportunity to record how a body decays day to day in the back of a trunk, or half buried in sand.  This body farm seems to play a little fast and lose with the rules.  Abuse of victims and a cavalier attitude towards human life set Erik on edge, with only his coworker (and friend) Ashton (Nick LaMantia) and the simpering assistant to the boss, Zach (Brett Hollabaugh) to confide in.  Everyone but the staff of the body farm, seems to have disappeared.

Erik and the crew head to the sheriff to get some help from the police, but clearly something is wrong there as well.  Faced with the dilemma of no help from the authorities and now answers back on the body farm (and a recently vanished Zach); Erik and Ashton head on their own journey of discovery to get to the bottom of the mystery on the body farm.

There are fun gore effects and some quick little plot twists to keep you on your feet.  Overall, for a first outing, this is a decent little piece of work.  The acting is rough around the edges, the overall plotting gets a little muddled, and the big reveal is a little convoluted.  That doesn’t necessarily make it horrible.  It is the kind of thing that you would hope gives the writer and director a chance to take on something new and better, (word is a sequel is in the works) and as far as B movies go it is pretty on par.

Want a little taste of gore and fun, then check out Body Farm.  Looking for the latest psychological mindfuck…look somewhere else.