San Diego, CA – In the slightly overcast marina area of Hyatt hotel just next to the convention center a group gathers to fulfill what I assume is a childhood dream for many of them.  At the Dragon Ball World Adventure, people are gathered to break a Guinness Book of World Record for the largest combined KAMEHAMEHAAAAaaa! 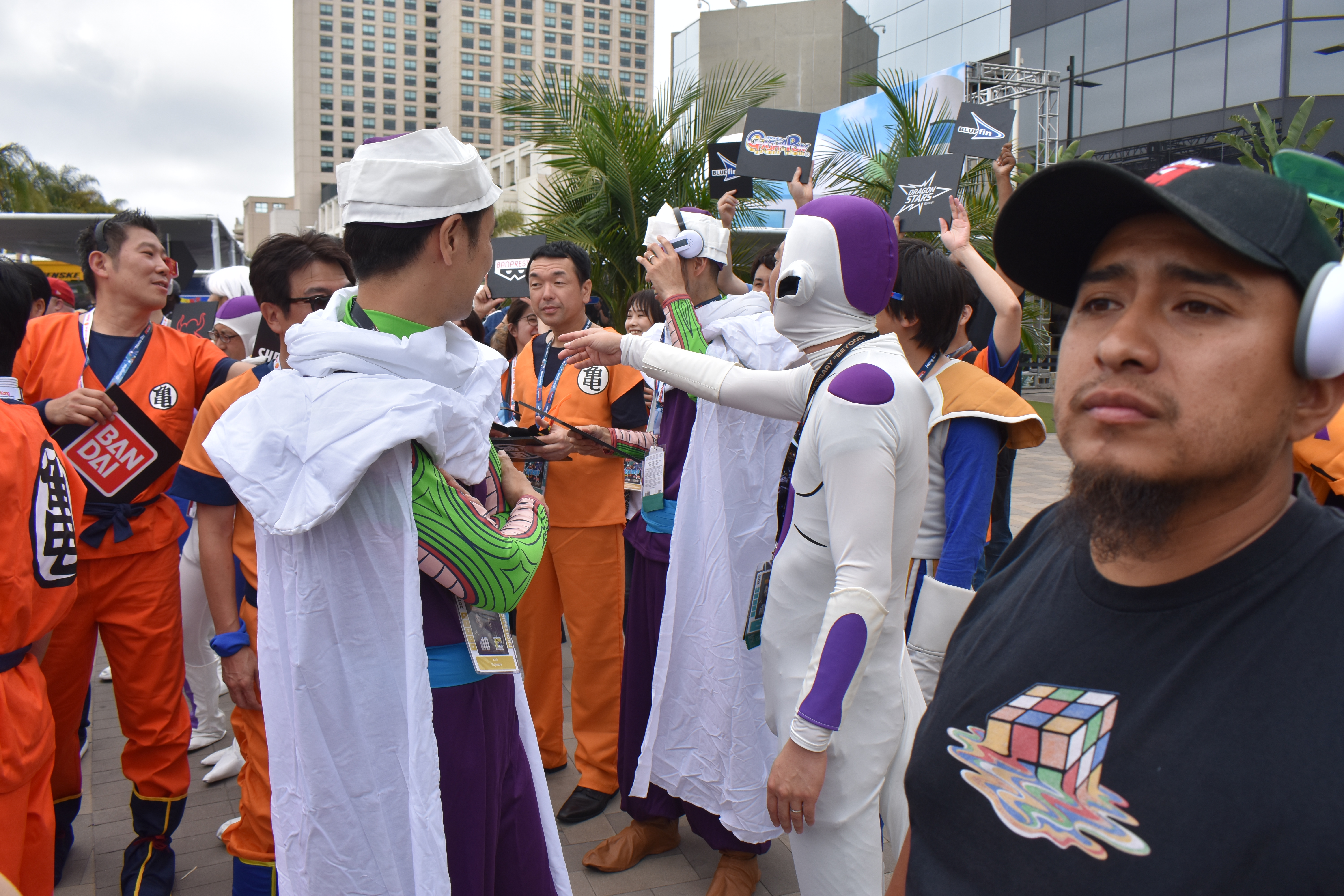 As the press and a few fans milled about the installation waiting for the actual record-breaking moment I had the pleasure of talking with Phillip from Guinness Book of World Records.  Like myself he was obsessed with old world record books; telling me about how his dad bought him a bike for Christmas and his mom bought him the Guinness Book of World Records, he sat to read the book instead of riding the bike.  Dad was mad because he had spent money on the bike, mom was just happy that he was reading.

We also had the chance to meet one of the fans of Dragon Ball Z, Yann.  Yann was at San Diego Comic-Con all the way from Paris, France. At the opening of the Dragon Ball World Adventure, they were handing out Scouters.  Many of them were green but Yann was looking for Vegita’s red one, as that is his favorite character on the show. 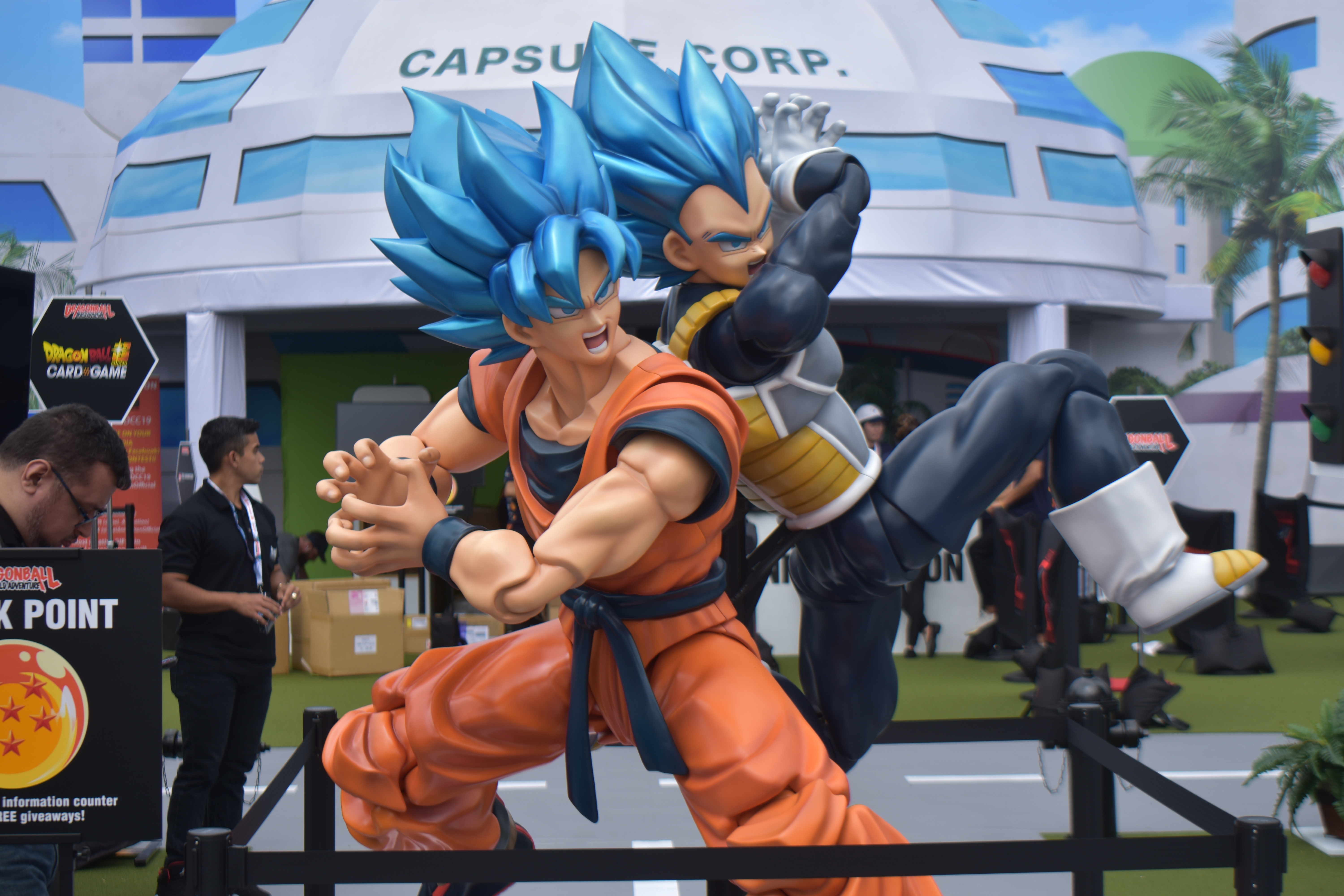 Yan exemplified the fandom of Dragon Ball Z.  Happy, excited, decidedly international. In line, people were speaking a variety of languages, of all genders, and ages.  Yann was loving how the fandom gives him the chance to go out and just have fun, and the people waiting for their chance to break the world record were having fun!  Reenacting their favorite moments of the show, talking about their favorite voice actors, and of course practicing their Kamehameha.

When the time had come Sean Schemmel was introduced to the stage.  The voice of Goku, there couldn’t be a more perfect person to lead us in the world record attempt.  The Guiness stewards were in place, Phillip had his stopwatch to make sure we extended the final syllable out for three seconds and Schemmel began leading us on a few test runs. 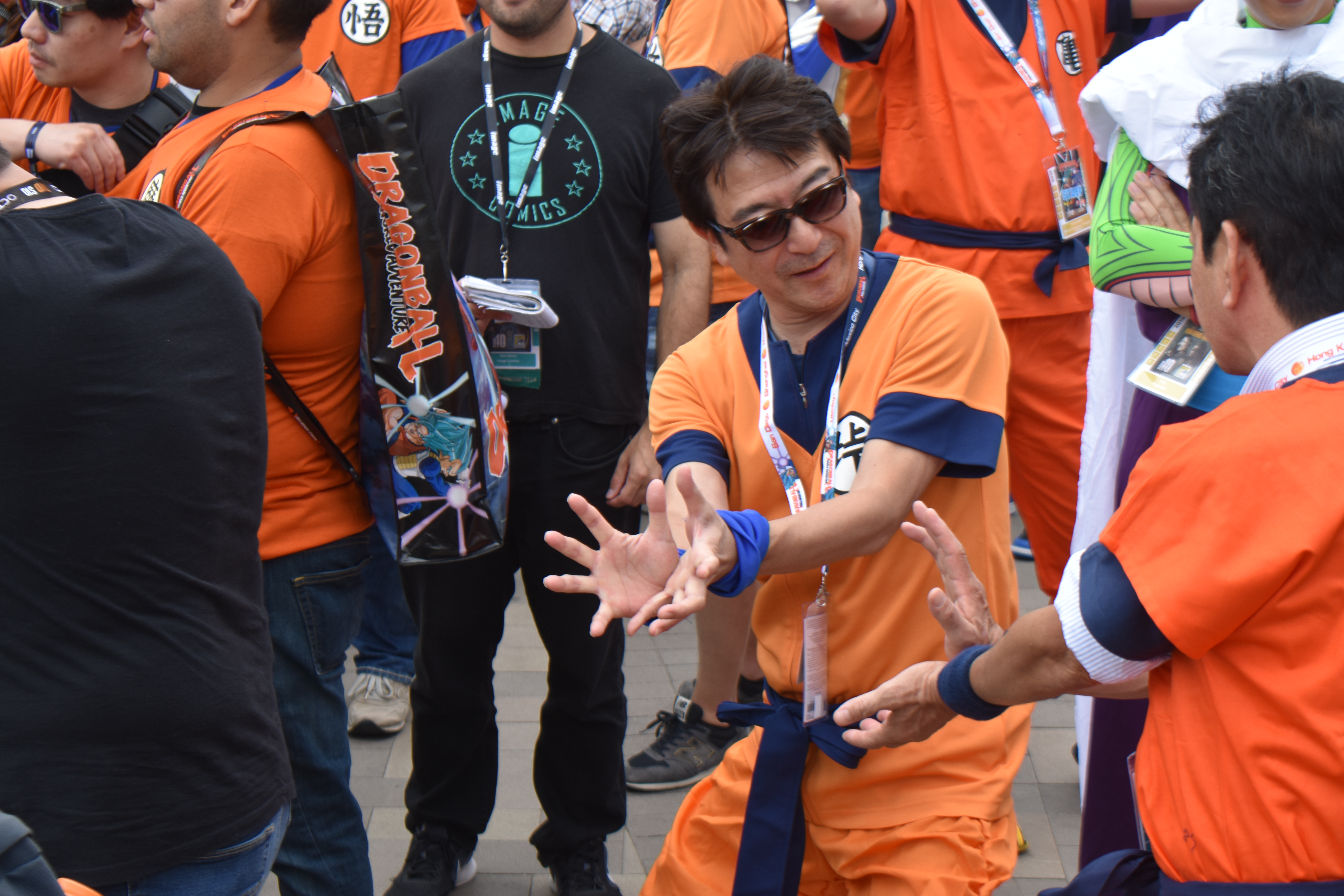 The moment had come, Schemmel counted to three and the assembled crowd gave it their all!

KAMEHAMEHAAAAAAAA rang out and a world record was broken!  While the official count hasn’t been released yet, it has been reported that the record was broken.  This was a great jumping-off point for San Diego Comic-Con! Look forward to more reporting! 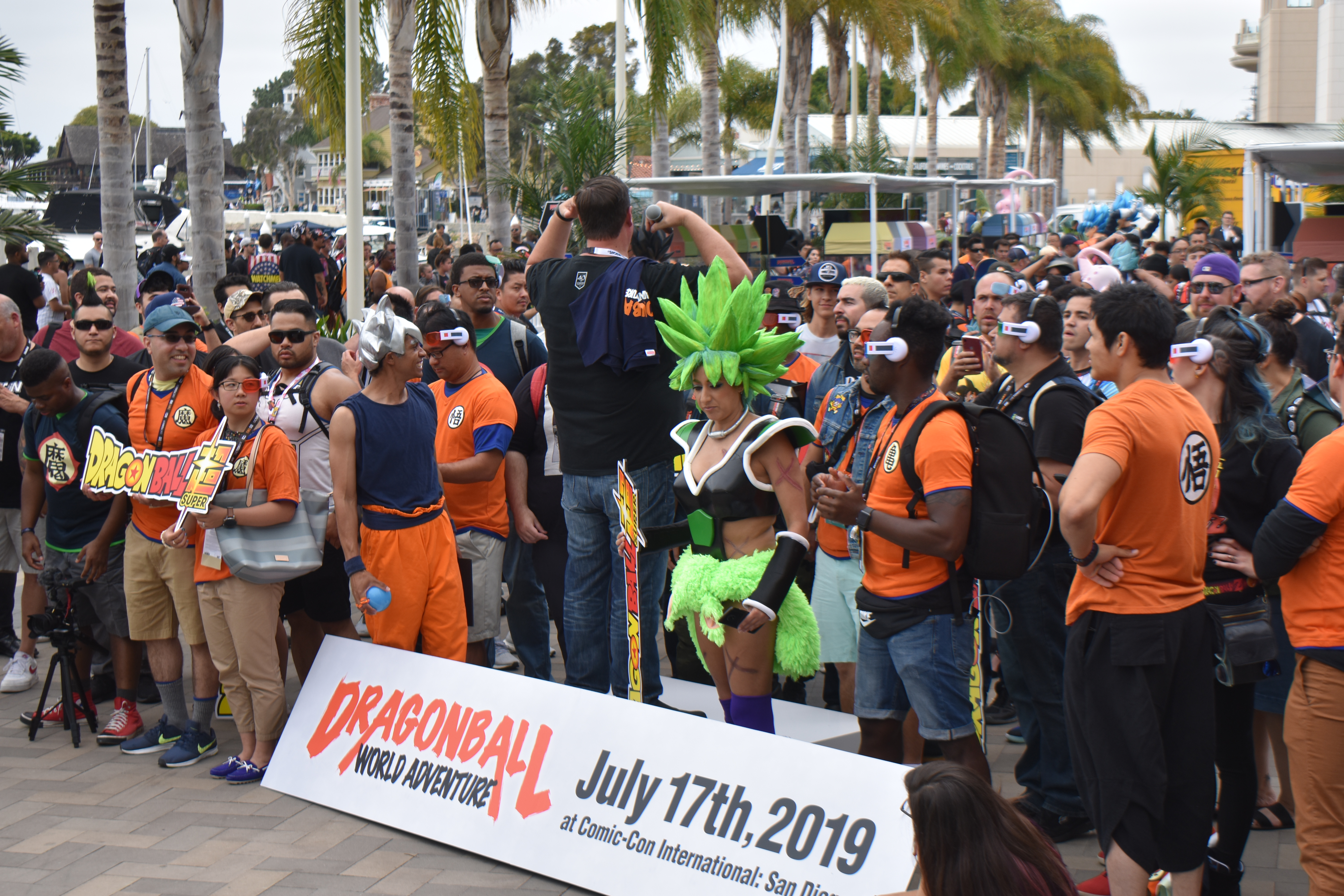