Another big week of new releases this week with a couple of tentpole titles from the big 2! Also, word is there’s a secret new image book by Robert Kirkman that will be out tomorrow. Keep your eyes peeled for more info about that! Lets get to it!

From Boom! this week, a new digital first comic makes it print debut with Ruinworld #1 (of 5). Intrepid adventurers Pogo and Rex are on a quest for fame and fortune. Their discovery of a special map leads them on an epic journey through dangers, demons and old enemies. Just one problem-they’ve already lost the map. An all-ages comic about fun, friendship and screaming in the face of danger, perfect for fans of Adventure Time and Adventure Zone. 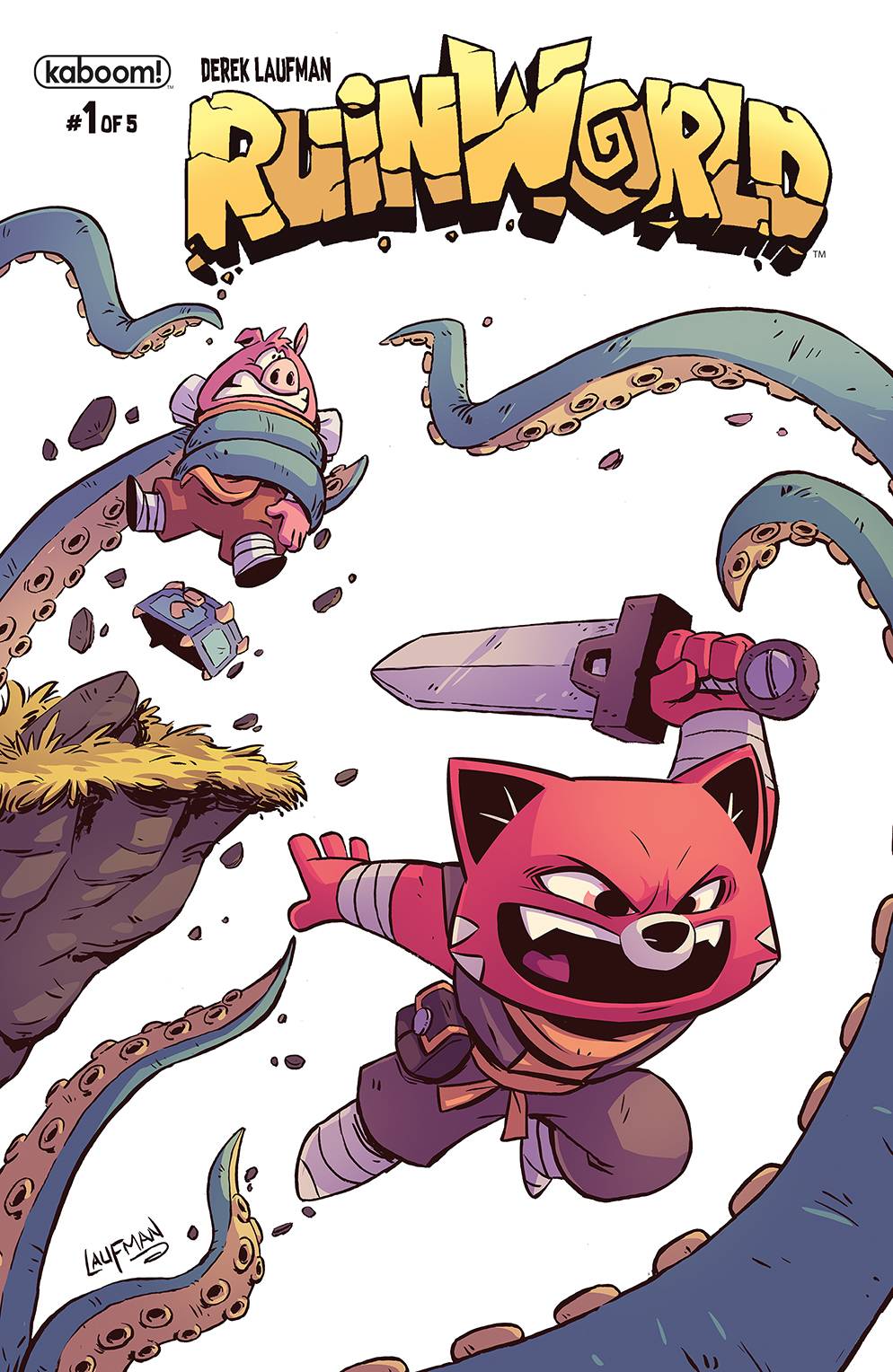 From Dark Horse this week, the creator of Halt and Catch Fire debuts a new series on the Berger Books imprint called She Could Fly #1. In Chicago, an unknown woman appears flying at speeds of 120 miles per hour and at heights reaching 2,000 feet. Then she suddenly dies in a fiery explosion mid-air. No one knows who she was, how she flew, or why. Luna, a disturbed 15-year-old girl becomes obsessed with learning everything about her while rumors and conspiracy theories roil. Will cracking the secrets of the Flying Woman’s inner life lead to the liberation from her own troubled mind? 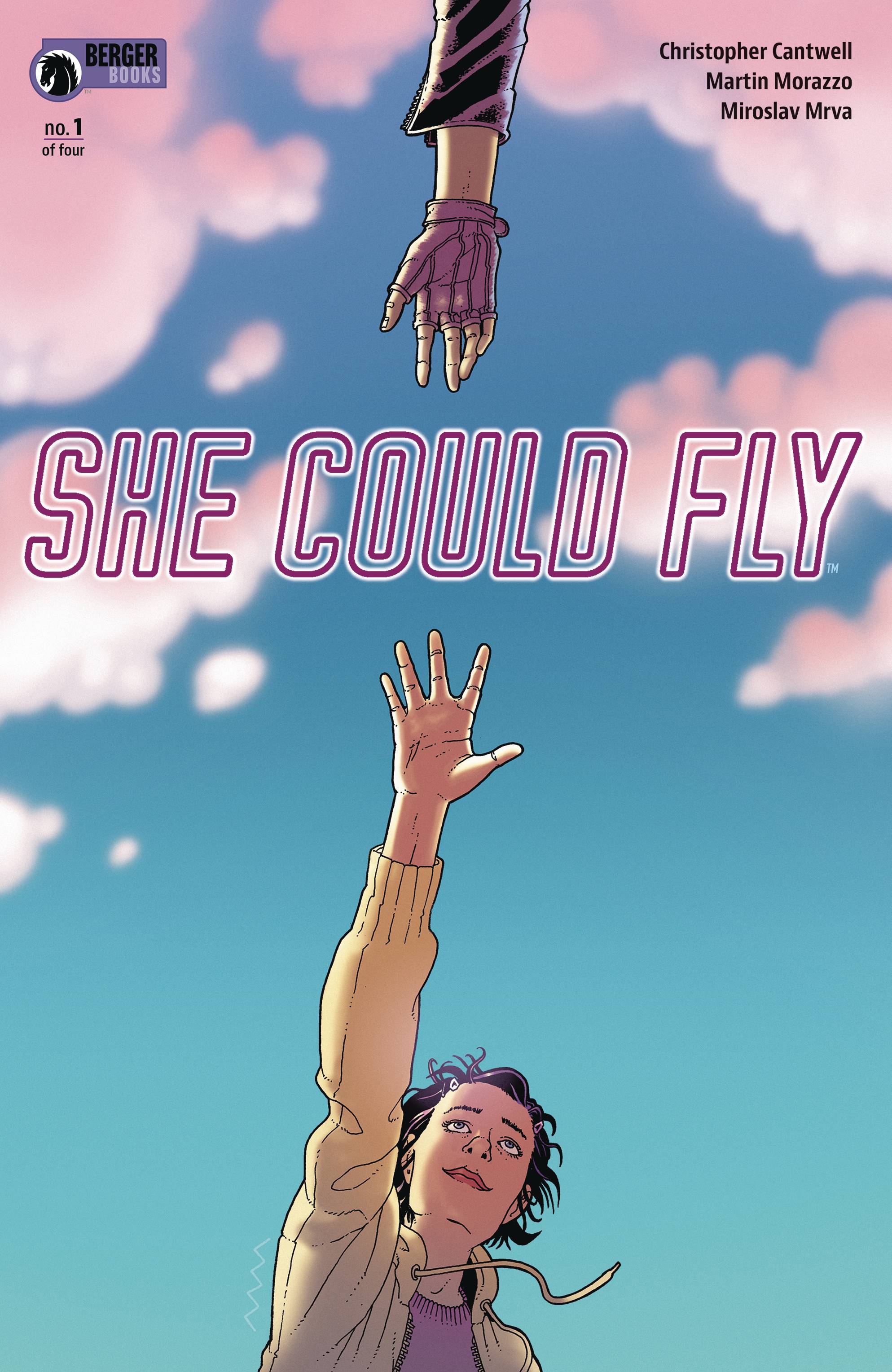 From DC this week, Big Blue is back in a new ongoing series with Brian Michael Bendis at the helm! Superman #1 comes out this week and is drawn by Ivan Reis. The fallout from the Man of Steel miniseries has Clark Kent looking at the world through new eyes… with new ideas about what Superman could and should do for the city of Metropolis and the planet Earth. His first job? Getting the planet back out of the Phantom Zone! 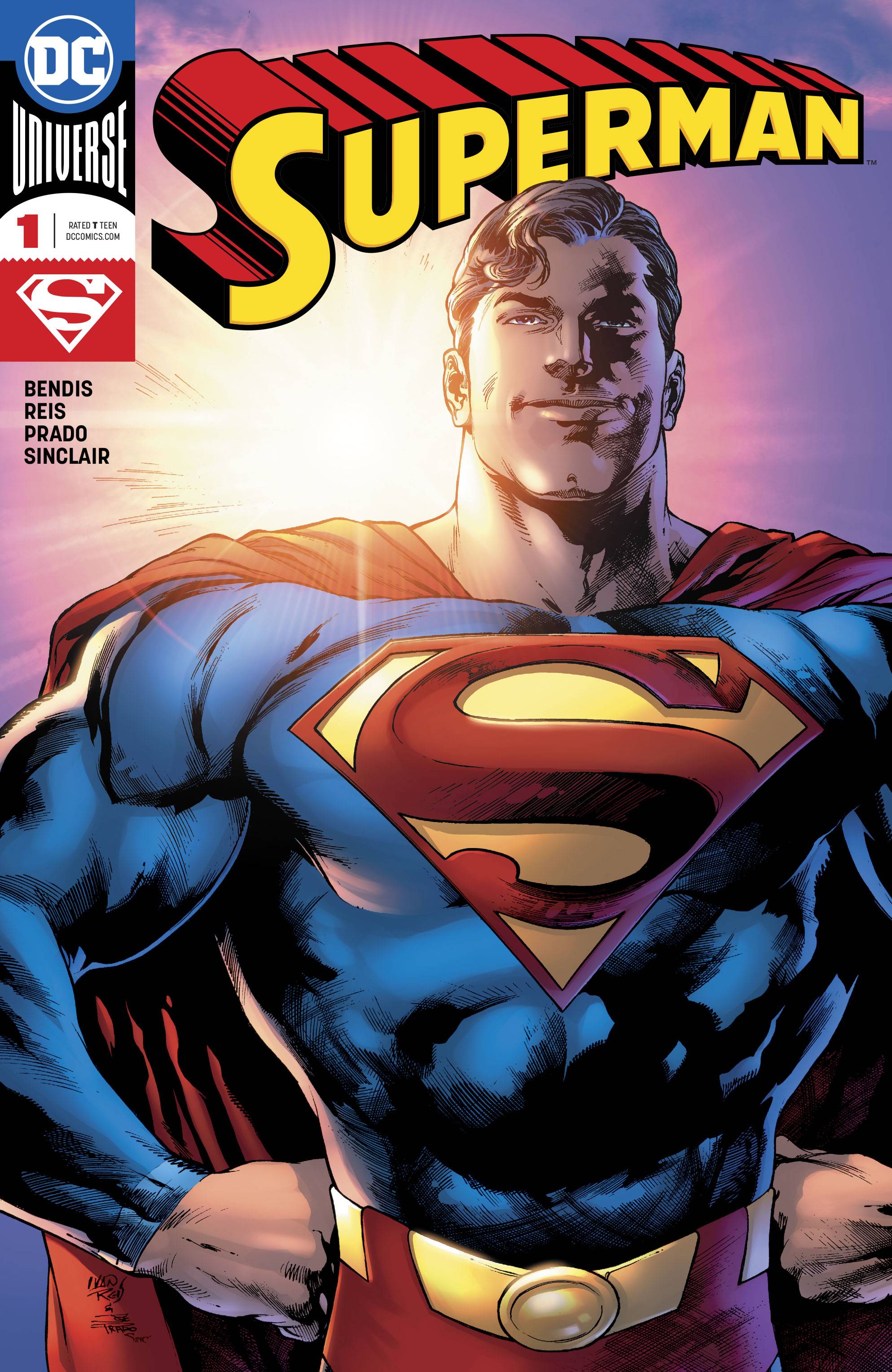 Also from DC this week Flash #50 hits the racks and is the Finale of Flash War! Zoom adapts two new Speed Force powers into his arsenal against both Barry Allen and Wally West. What are these strange new powers? What can they do? And how will this haunt the Scarlet Speedster long after “Flash War” is over? It’s the power of two Flashes pitted against the seemingly unstoppable Hunter Zolomon! 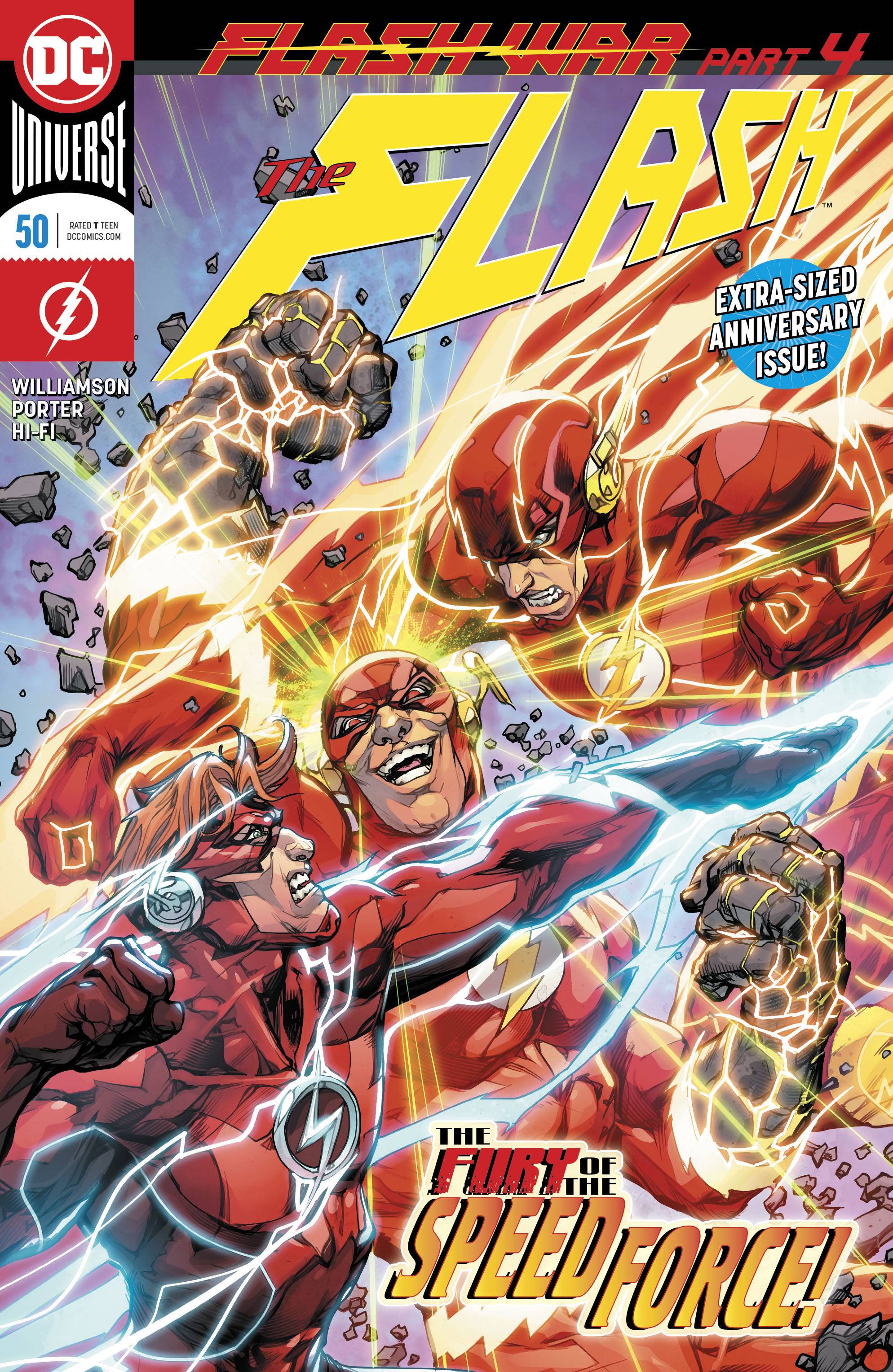 Lastly from DC this week, Titans #23 hits shelves. Can anything stop the Metagene pandemic unleashed through the events of JUSTICE LEAGUE: NO JUSTICE? The all-new Titans are on the case. Roll call: Nightwing, Donna Troy, Raven, Steel, Beast Boy and Miss Martian! But can even their combined might stand against new super-powered weapons of mass destruction birthed by the Metagenes? And (SPOILERS) how will the events of TEEN TITANS #20 come back to haunt the Titans? New enemies are out for blood in part one of “The Spark.” 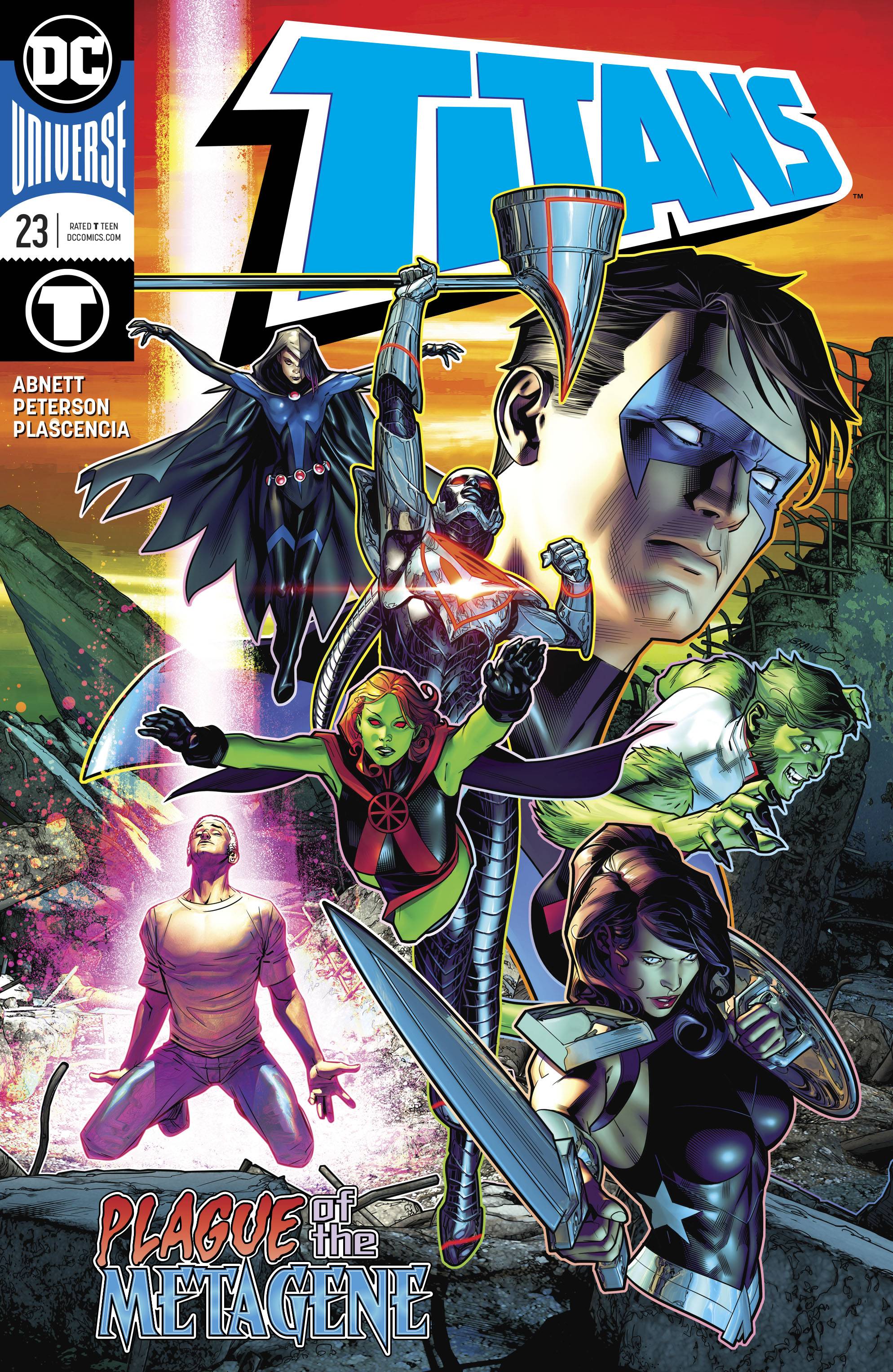 From IDW this week Alan Moore returns to the League of Extraordinary Gentlemen! The Tempest #1 comes out this week! After an epic twenty-year journey through the entirety of human culture, Alan Moore and Kevin O’Neill conclude both their legendary League of Extraordinary Gentlemen and their equally legendary comic-book careers with the series’ spectacular fourth and final volume, “The Tempest.” This six-issue miniseries is a celebration of everything comics were, are and could be. Opening simultaneously in the panic-stricken headquarters of British Military Intelligence, the fabled Ayesha’s lost African city of Kor and the domed citadel of ‘We’ on the devastated Earth of the year 2996, the dense and yet furiously-paced narrative hurtles like an express locomotive across the fictional globe. 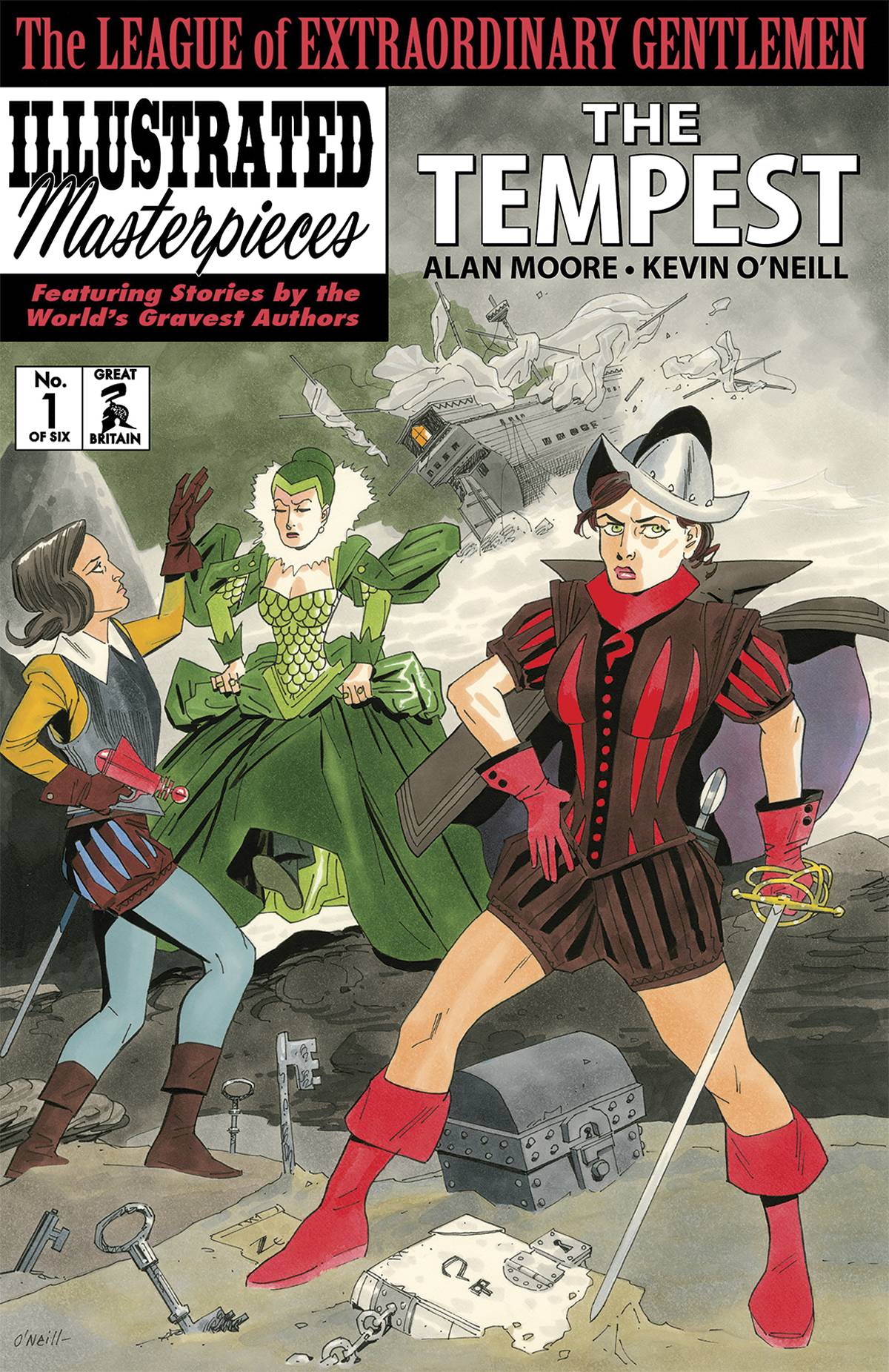 From Image this week, the artist from Chew debuts his new ongoing series! Rob Guillory writes and draws Farmhand, a dark new comedy about science gone sinister and agriculture gone apocalyptic! Jedidiah Jenkins is a farmer-but his cash crop isn’t corn or soy. Jed grows fast-healing, plug-and-play human organs. Lose a finger? Need a new liver? He’s got you covered. Unfortunately, strange produce isn’t the only thing Jed’s got buried. Deep in the soil of the Jenkins Family Farm, something dark has taken root, and it’s beginning to bloom. 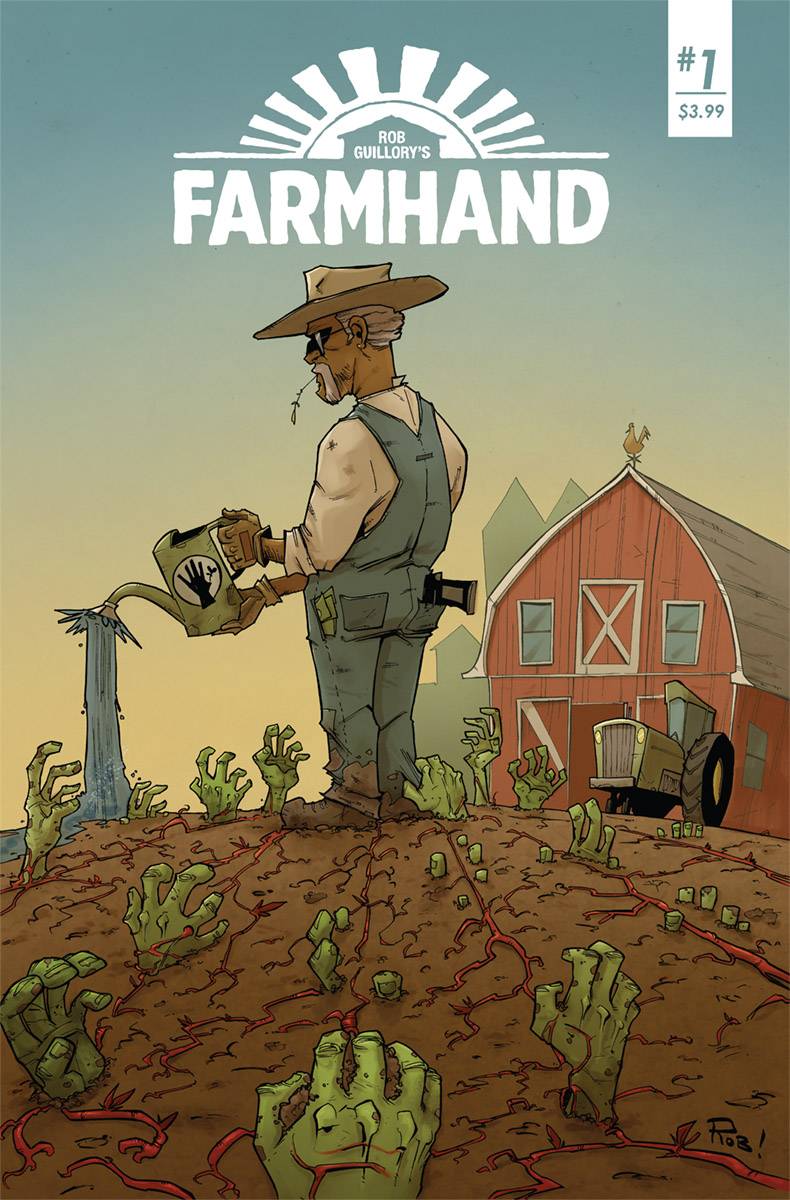 Also from Image this week, Outpost Zero #1 hits racks. Welcome to Outpost Zero, the smallest town in the universe. The people there work the land, go to the fights every Friday night, and tuck their children into bed-but the Outpost is no place for dreams or aspirations. To survive is ambitious enough. As Alea and her friends graduate to adulthood on a frozen world never meant to support human life, something stirs. Something sees… 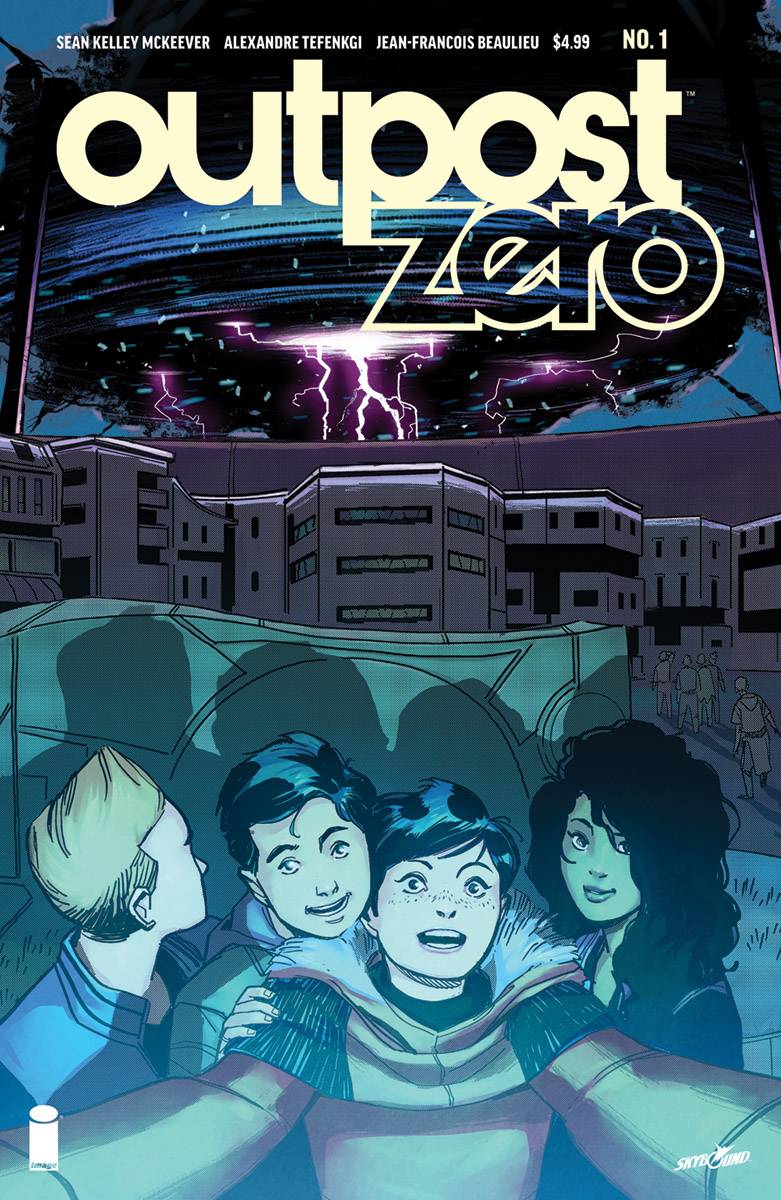 From Marvel this week, web head is back and in a brand new series with a brand new creative team! Amazing Spider Man #1 hits shelves this week! An alien invasion hits New York City and the only one who can stop it is…Spider-Man?! But that’s far from all you’ll find here – a revelation from the past puts Peter Parker’s job, relationships, and whole life in jeopardy! And if even that’s not enough, you’ll see a new roommate, new love interests – and a new villain! Spider-Man goes back to basics courtesy of Nick Spencer (SECRET EMPIRE, SUPERIOR FOES OF SPIDER-MAN) and the Marvel debut of RYAN OTTLEY (Invincible)! 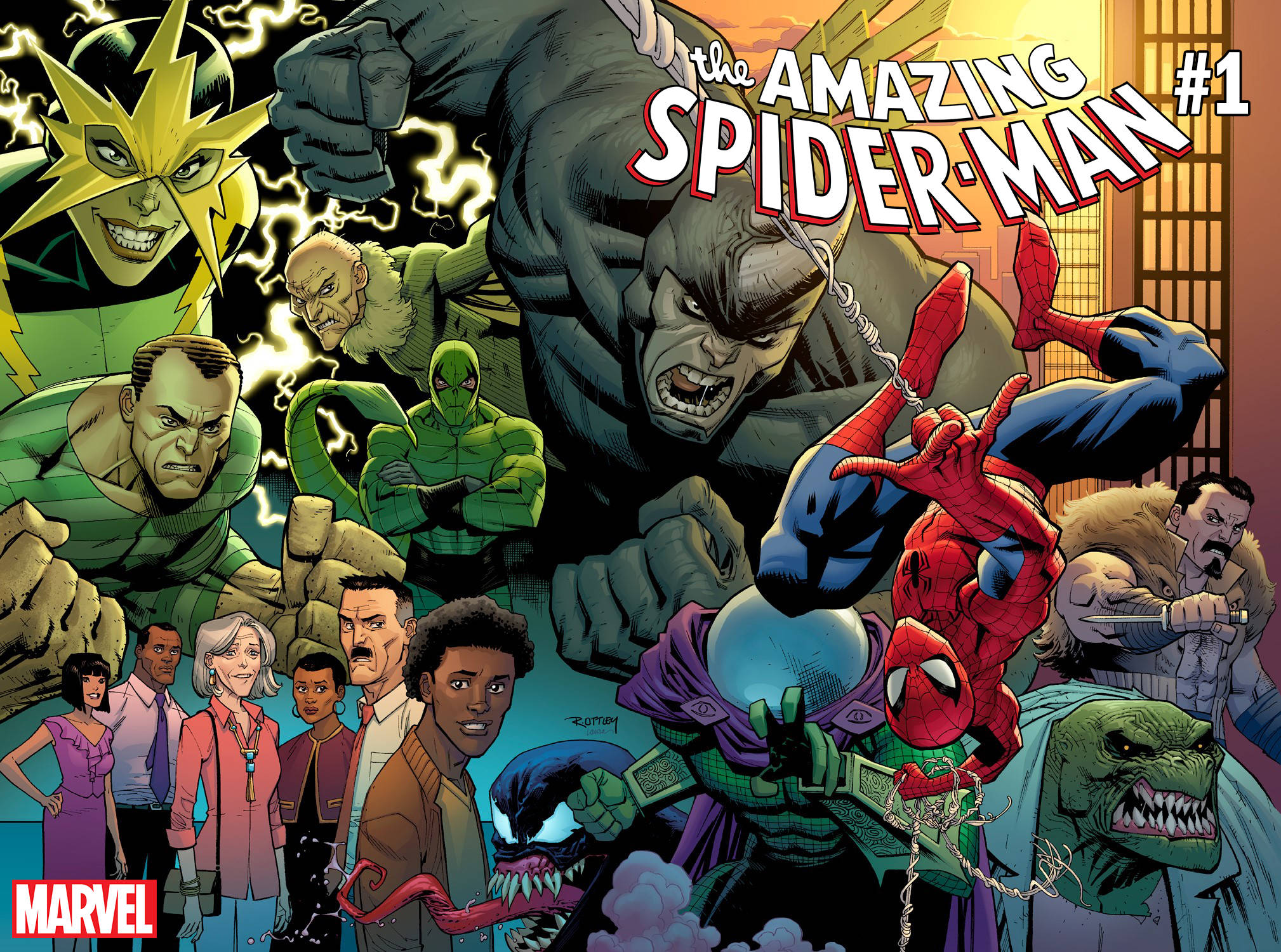 Lastly from Marvel this week, X-23 #1 makes its debut! Cloned from a warrior, raised as a killer, Laura Kinney has gone through hell and come out the other side a hero. After a stint as the All-New Wolverine, she returns to her roots as X-23 to make sure no one ever has to go through the horrors she did. With her sister Gabby and their pet Jonathan in tow, X-23 forges her own destiny in this new series by Mariko Tamaki (HULK, HUNT FOR WOLVERINE: CLAWS OF A KILLER) and Juann Cabal (ALL-NEW WOLVERINE, ELEKTRA). 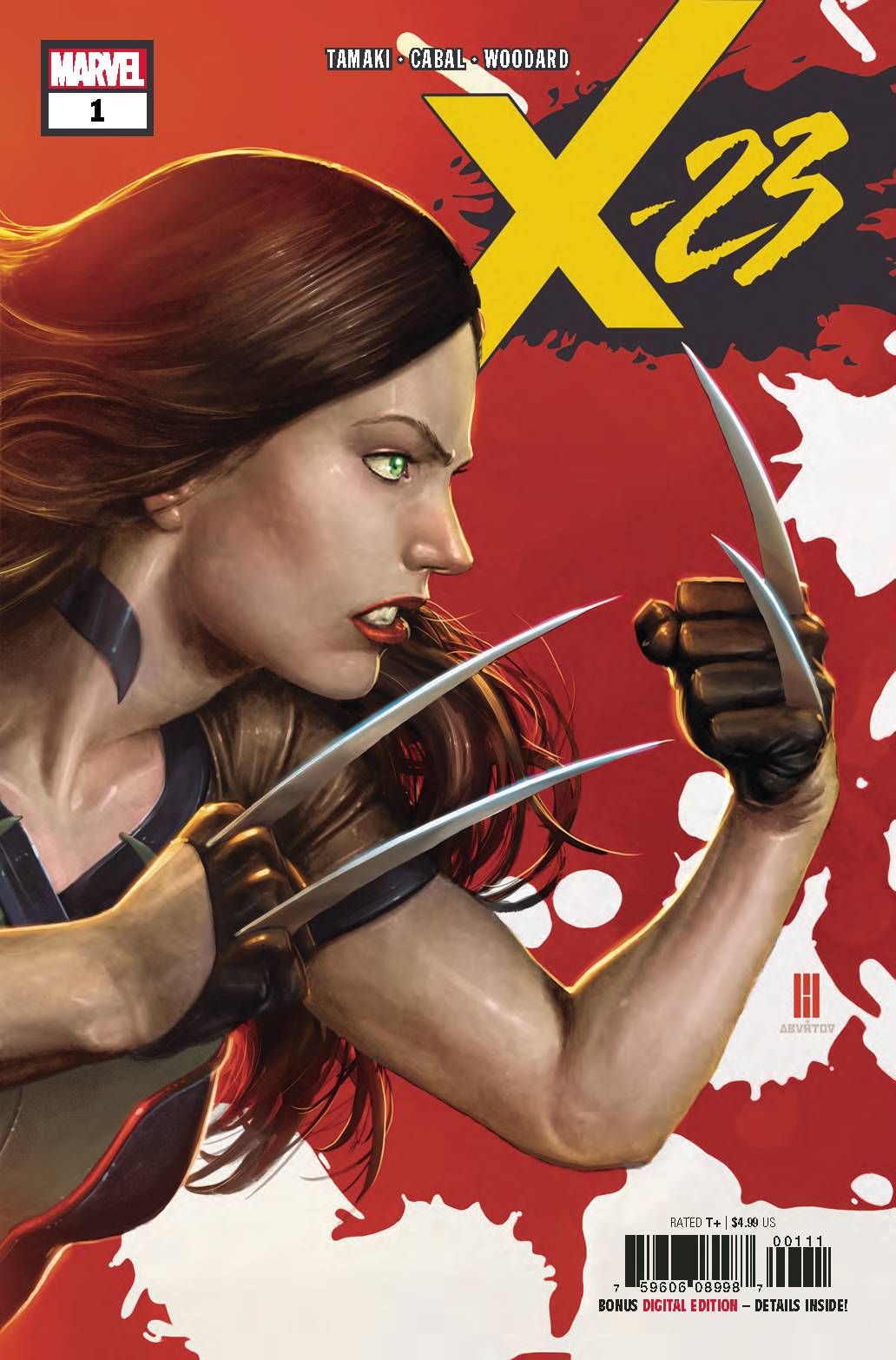 From AfterShock this week Relay #1 makes it debut! A perfect future of intergalactic travel and community. Every newly discovered planet is unified culturally through a monolithic structure known as the Galactic Relay. Although the towering monument is meant to inspire conformity of ideas, technology, and progress – many resent the foreign structure. Jad Carter, a Relay employee, must keep the peace and act as an emissary to new civilizations. But when he finds the Relay’s mythological creator, Hank Donaldson, his idea of reality and the universe shatters. 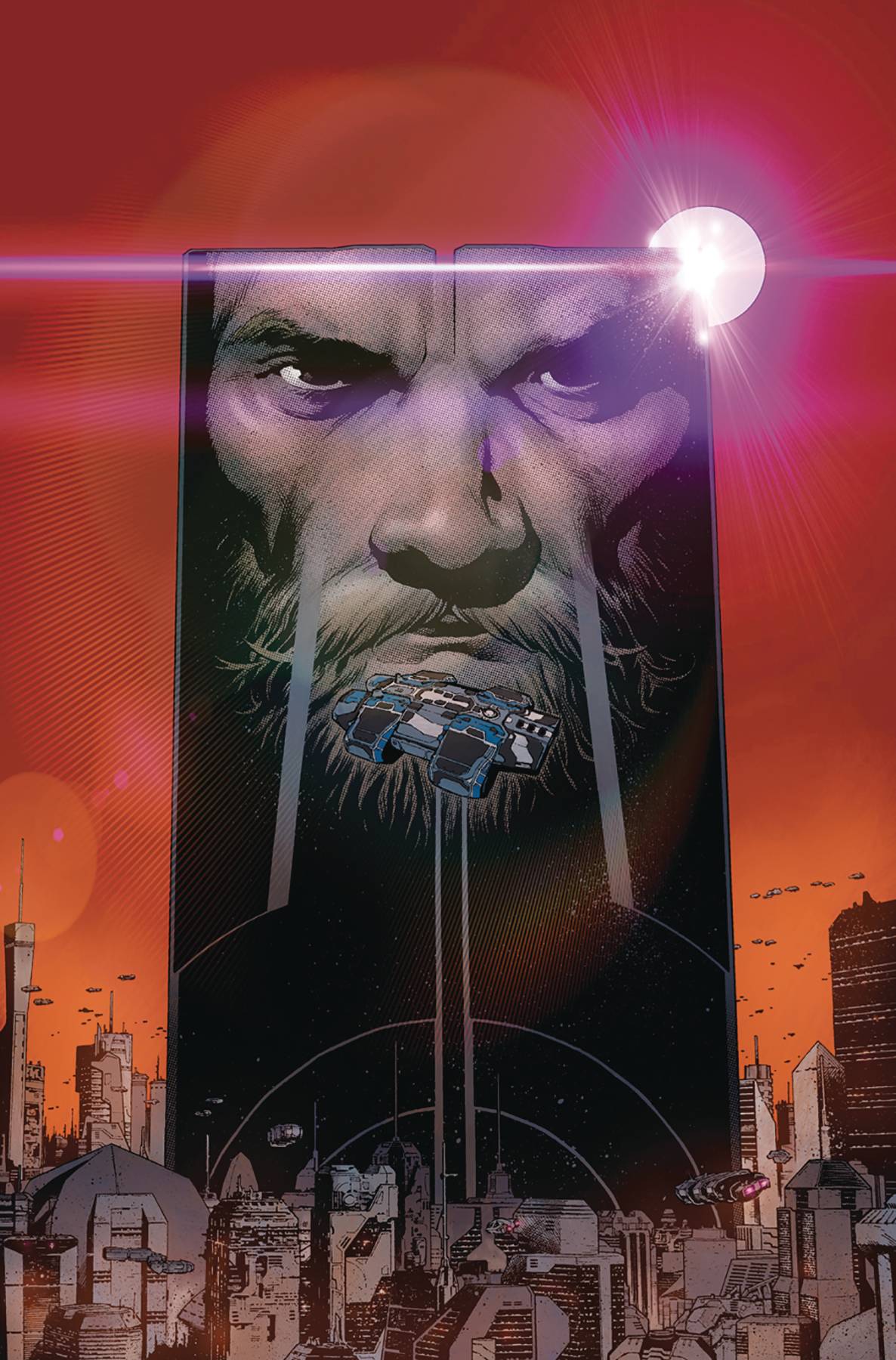 Red Hood and the Outlaws #24

Rick Veitch The One #6

It Came Out on a Wednesday #1

Knights of the Dinner Table #255