Here we go! It’s a big week this week so lets just jump right in!
From Dark Horse this week, we get a new Hellboy One-shot called Burning Season that continues the Hellboy and the BPRD 1955 storyline! Hellboy investigates a rash of spontaneous human combustions in a Florida town unlike any supernatural phenomena he’s seen before-and the fire has an appetite for Bureau agents. 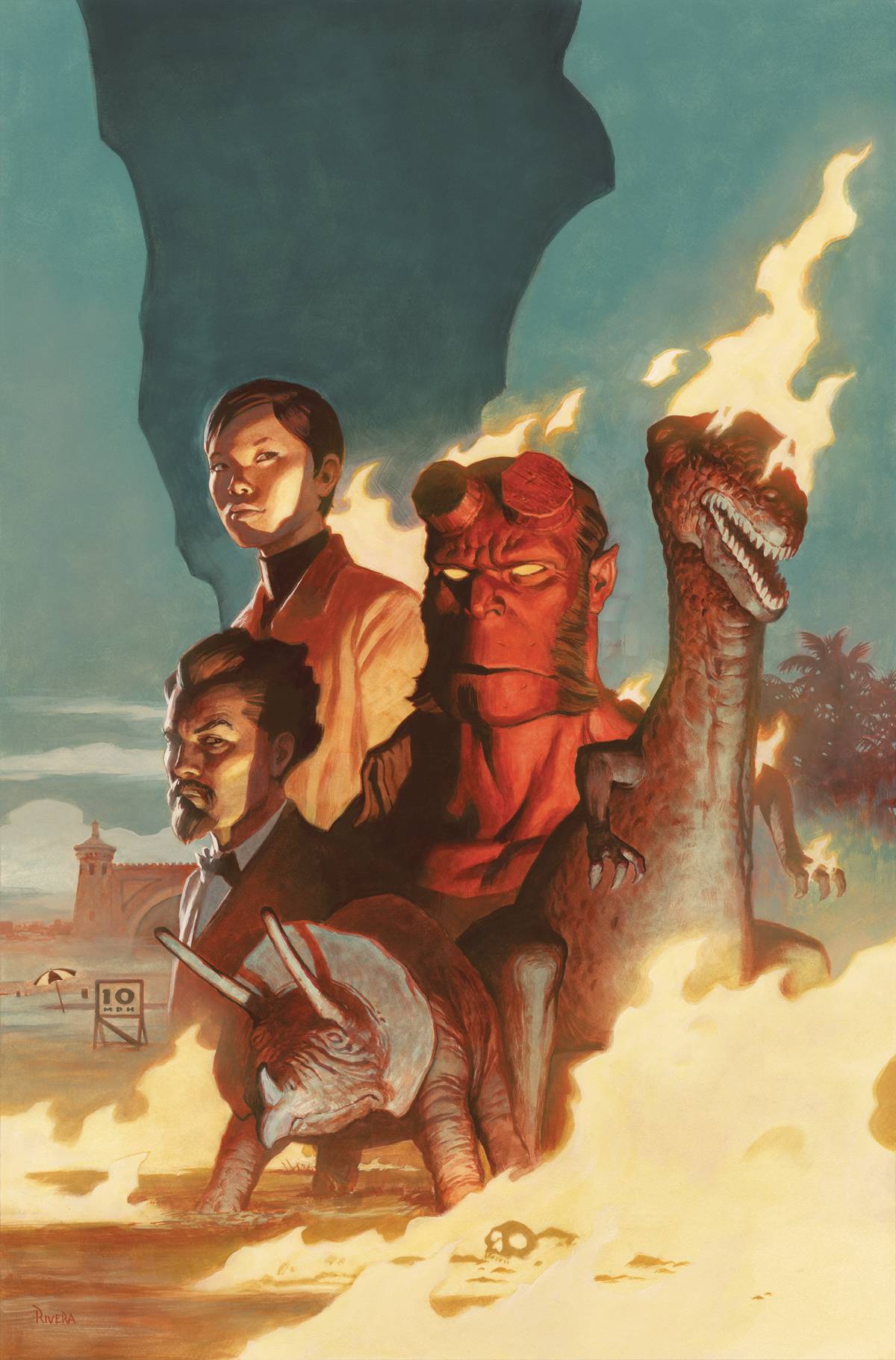 From DC this week, Batman #41 sees the beginning of a new story arc called “Everyone Loves Ivy”. Mikel Janin returns to BATMAN for a brand-new epic! Pamela Isley’s influence can spread as far as vegetation will allow, putting the whole world at her fingertips. Can Batman and Catwoman stand their ground against an entire planet of Poison Ivys? 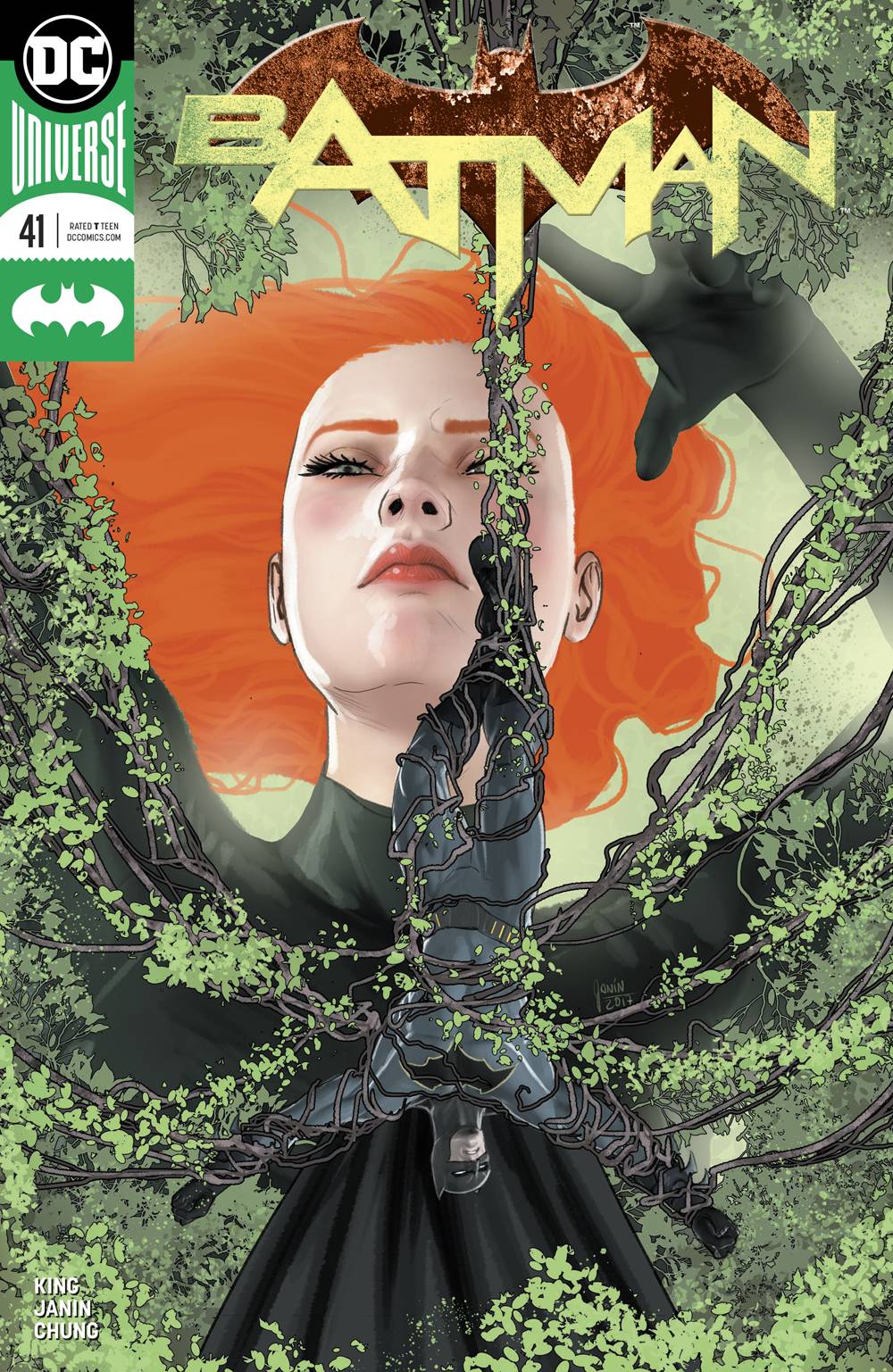 Also from DC this week, a new mini series begins with Brave and the Bold Batman & Wonder Woman #1. This new mini-series written and illustrated by Liam Sharp (WONDER WOMAN)! When a Celtic god’s murder leads to a war between the fairy folk and a possible breach between worlds, Wonder Woman must find the murderer and keep the peace while Batman investigates strange occurrences in Gotham City. As Diana must turn to the World’s Greatest Detective for help, the two heroes quickly learn their cases may be connected. 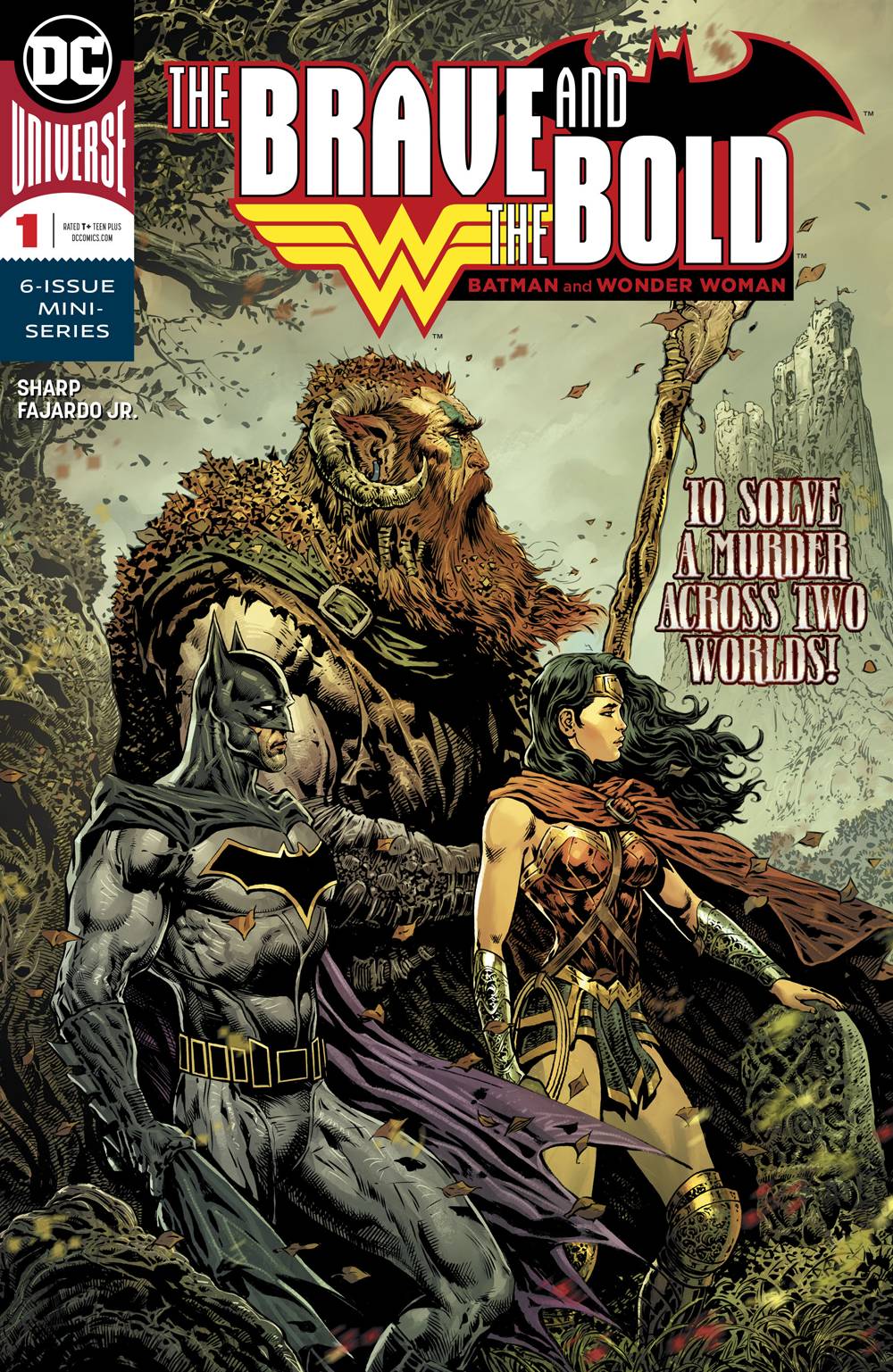 From Vertigo this week a new 6 issue mini-series from Josh Williamson and Riley Rossmo starts off called Deathbed. Myth, hack, sex symbol, stark raving lunatic-all of these words have been used to describe Antonio Luna, the world’s greatest living adventurer. Or at least he was until 20 years ago, when he mysteriously vanished from the public eye. Now the ninety-year-old has returned and claims to be on his deathbed. Which is where Valentine Richards, a failed novelist turned reporter, comes in. Val is hired to travel to Luna’s remote castle home and uncover where the old star has been all these years, and just how much of what he says is actually true. But once Val starts to hear Luna’s tale, she finds herself entering into an insane world of psychedelic violence and explosive supernatural adventure. 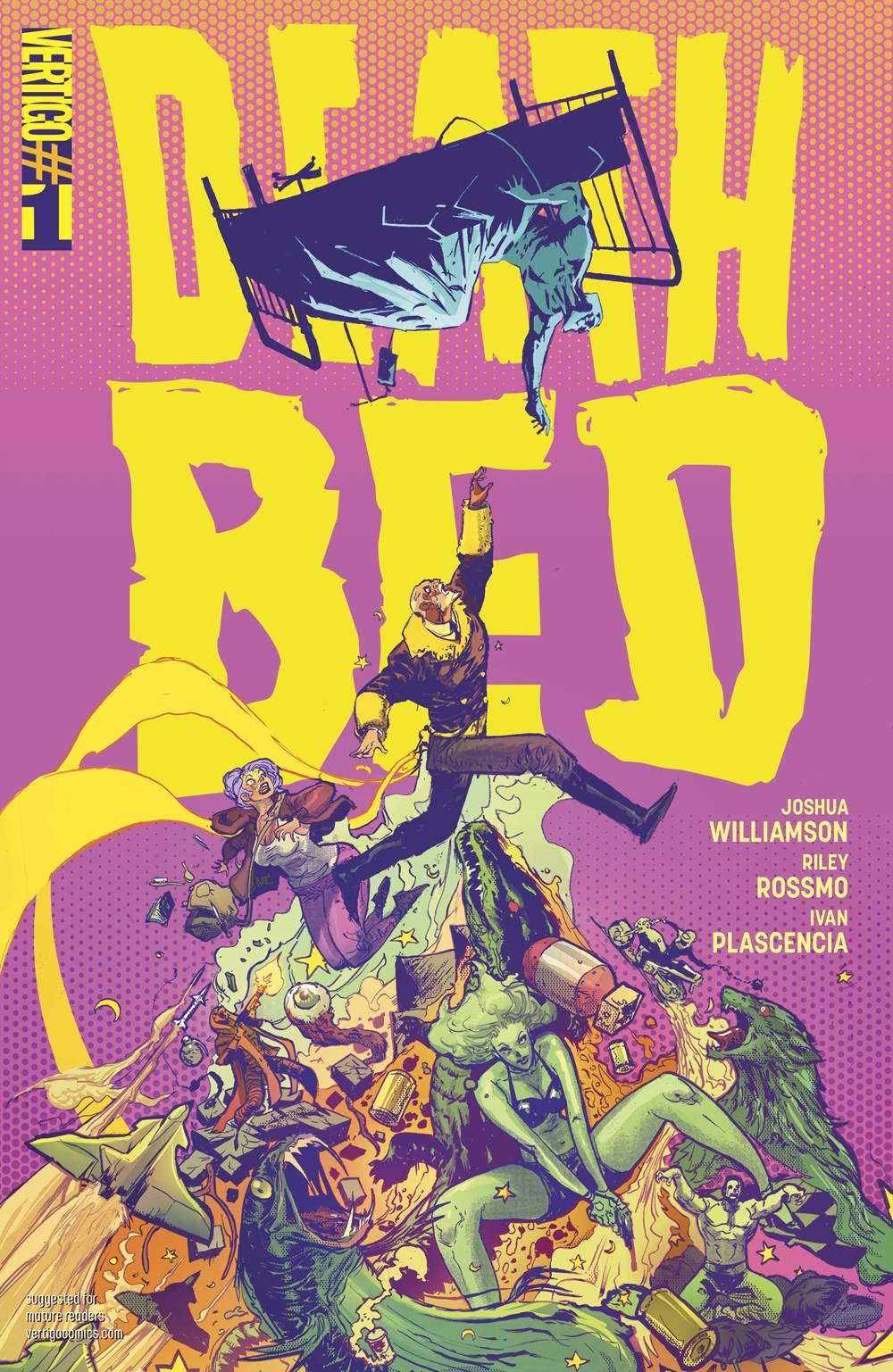 From IDW this week a new title in the Black Crown imprint of books launches with Punks Not Dead #1. As if being an awkward, bullied 15-year-old isn’t bad enough, “Fergie” Ferguson suddenly discovers he can see dead people. Well, one dead person specifically-the ghost of a certain punk rocker named Sid. Sid’s spirit was trapped in London’s Heathrow Airport for 40 years until the day he met Fergie. Sid’s ghost is now stuck to Fergie-as if Fergie doesn’t have enough on his plate, being raised by a single mum whose idea of parenting is strictly fly-by-the-seat-of-your-pants. Now Fergie has to contend with an unruly ghost sidekick and some weird, uncontrollable new “abilities.” How does the father Fergie never knew fit into this mayhem? And why is the Department for Extra-Usual Affairs showing an interest? Never Mind the Bollocks-all of this plus fish fingers, chunky chips, and endless pints of anarchy in the new monthly series PUNKS NOT DEAD!

From Image this week, following the re-release of Kick Ass last week, this week comes Hit Girl! The pint-sized Punisher-meets-Polly-Pocket has left America behind and set off to serve justice around the world. First stop: Colombia. A mother seeking vengeance for the murder of her child enlists Hit-Girl to destroy his killer, but Mindy has bigger plans for Colombia’s most feared hitman. MARK MILLAR and RICARDO LOPEZ ORTIZ join forces for the first chapter of Hit-Girl’s world tour in this new, ongoing monthly series. 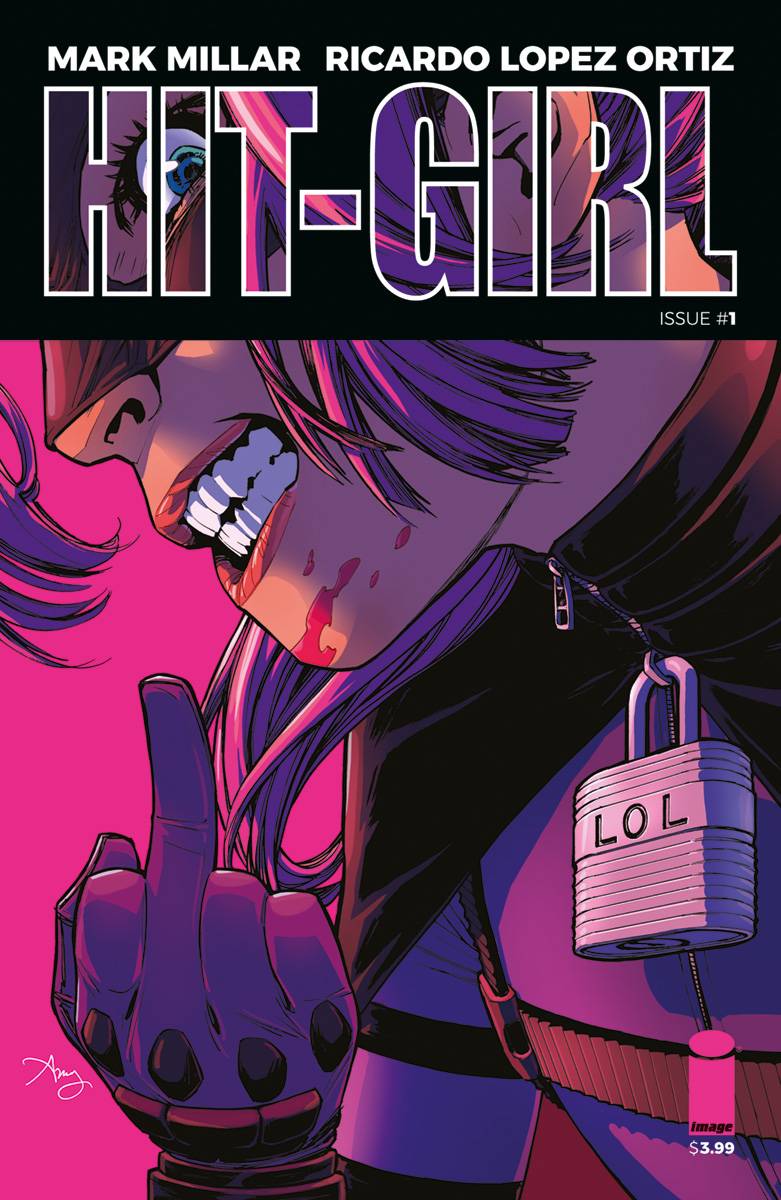 From Marvel this week, Doctor Strange sees the start of a new crossover with Doctor Strange Damnation #1. The city of sin gets its biggest sinner yet. When Doctor Strange raises Las Vegas up from its destruction during SECRET EMPIRE, he inadvertently opens a big door for the embodiment of evil, MEPHISTO! The devilish villain takes the city for himself and sets his sights on the rest of the world. It’s going to take heroes from all over the Marvel Universe to defeat him, but there’s nothing simple about fighting the lord of Hell. 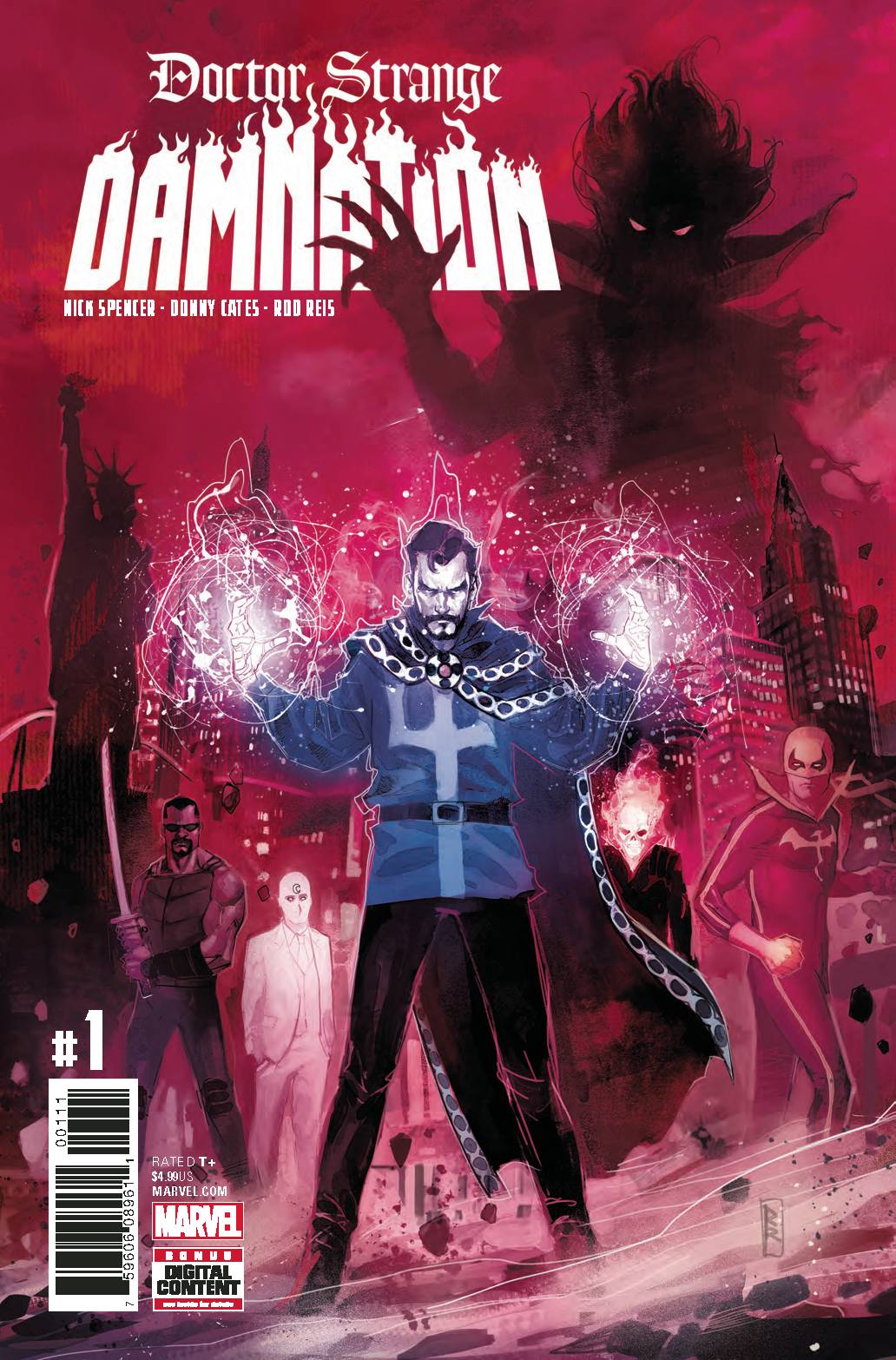 Also from Marvel this week, the lead up to Infinity Countdown continues with Infinity Countdown Prime #1. The Infinity Stones. Individually, they grant their wielder great power. Together, they grant the power of a god. Newly reformed and scattered throughout the universe, these artifacts allow the ones who claim them their heart’s desire. Now, as their locations are discovered, forces converge for a battle that will begin the universe down a dark path to the END. Jump onto this exciting ride that will lead to the biggest Infinity yet! Plus: The saga of the Infinity Stones-what they are and how they came to be! From creation to destruction to re-creation, this prose primer will tell you everything you need to know about the legendary cosmic gems! 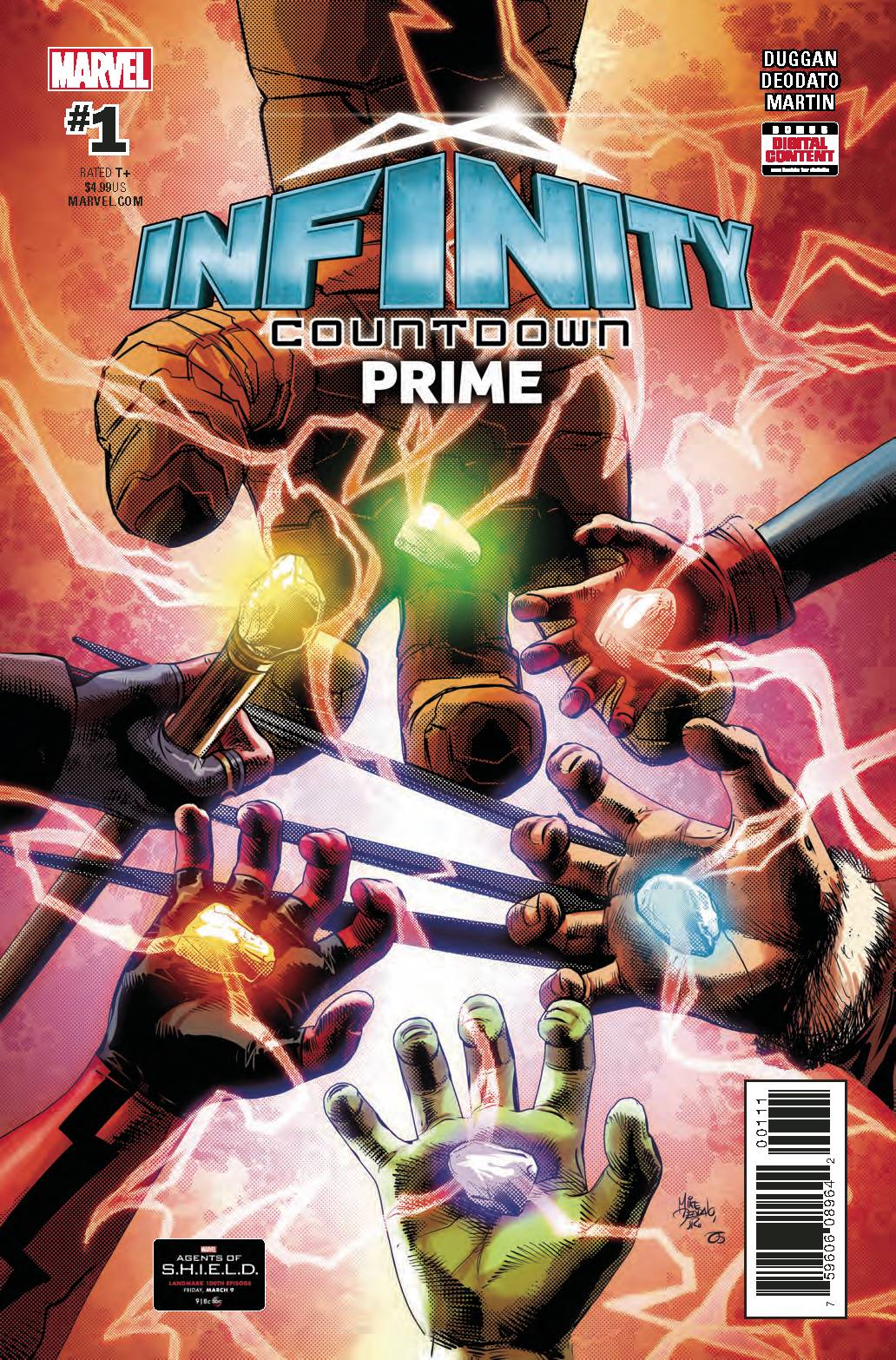