You Listen To What?
Gabe listens to some weird ass kinds of music, and he would love you to hear it too. Weekly Gabe will share a playlist of some genre of music that you may or may not have heard of. Give it a listen and then give us a call. Did you love it or hate it let us know on the Michael Kuyk Memorial Hotline at 970-573-6148
Follow Up Bands Part 1
So I got this idea last week that a cool article would be to write about follow up bands. Sometimes when a band you really like breaks up you can only hope that some of the musicians in that band will go on to form something else that is equally good (or in some rare cases even better). So I posted something about this on Facebook and holy crap did a lot of people respond. I had some ideas of bands that I wanted to include in this one, but so many people suggested great follow up bands that this is gonna be a two part article with some decent sized play lists. So have fun and here we go: 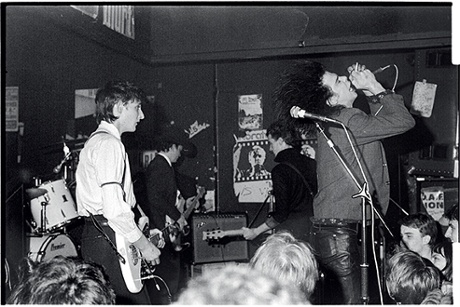 The Clash – Big Audio Dynamite – Carbon/Silicon – Joe Strummer and the Mesceleros
So starting off with one of my favorite bands of all time; The Clash. Formed in 1976 The Clash were part of the first wave of British Punk that included bands like the Sex Pistols and The Damned. At first their music was basic in the way that you tend to think of punk being, but by the time their most recognized album London Calling had come out they were starting to experiment with other types of music like reggae.
After the break up of the band that searching for new musical influences comes through even more with the bands that followed. Mick Jones went on to form two interesting bands after The Clash. Big Audio Dynamite was a fantastic mix of world dance beats, hip-hop, punk and electronic music. Their hooks were infectious and got quite a bit of radio airplay. Much like B.A.D., Carbon/Silicon looked to break down the divisions between world music and rock and roll.
Last but not least Joe Strummer went on to also explore the space between electronic, international sounds and punk. Over the course of three albums Joe Strummer and The Mesceleros created some of the most enticing and sonicly appealing music of the early 2000’s. Doing a breed of rock that shows his punk roots, embraces reggae and the quirks of electronic music The Meseleros we a perfect final legacy for Strummer.
Pantera – DOWN – Damageplan
The four guys that became the Pantera we all know and love with their release Cowboys From Hell there were a lot of personal problems, but a lot of amazing music. After breaking up in 2001 after their album Reinventing The Steel the Abbot Brothers went one way while Phil Anselmo and Rex Brown went another. 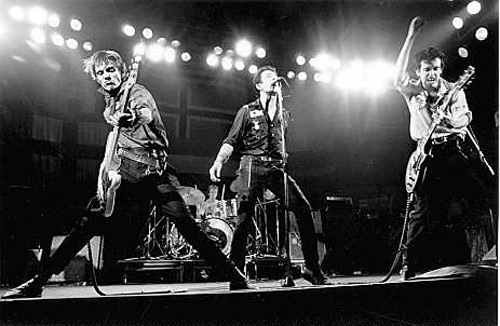 The Abbot Brothers, Vinnie Paul and Dimebag Darrell went on to form Damageplan. Damageplan was about as straight up metal as you can get. With a lot of speed and a lot of growl it is that great kind of metal that just makes you stand up and take notice. Unfortunately the band was cut short when Dimebag was murdered by a crazed fan while on stage with the band.
DOWN on the other hand was fronted by Phil Anselmo and took on a very different brand of metal. Heavily influenced by bands like Black Sabbath and Trouble their take on metal was more on the doom and drone side of metal. With a down tuned sound and heavy vocals, Down is the kind of doom metal to just get weeded to, and they know it.
Hüsker Dü – Sugar – Bob Mould
One of the early SST bands Hüsker Dü started as a hardcore band, but one that was always verging on the edge of something different and original. By the release of their album Zen Arcade they were beginning to break the mold of hardcore (effectively helping to create the post punk sound). Due to drug and relationship issues the band broke up in 1988, but Bob Mould one of the three founding members went on to create more inventive music. 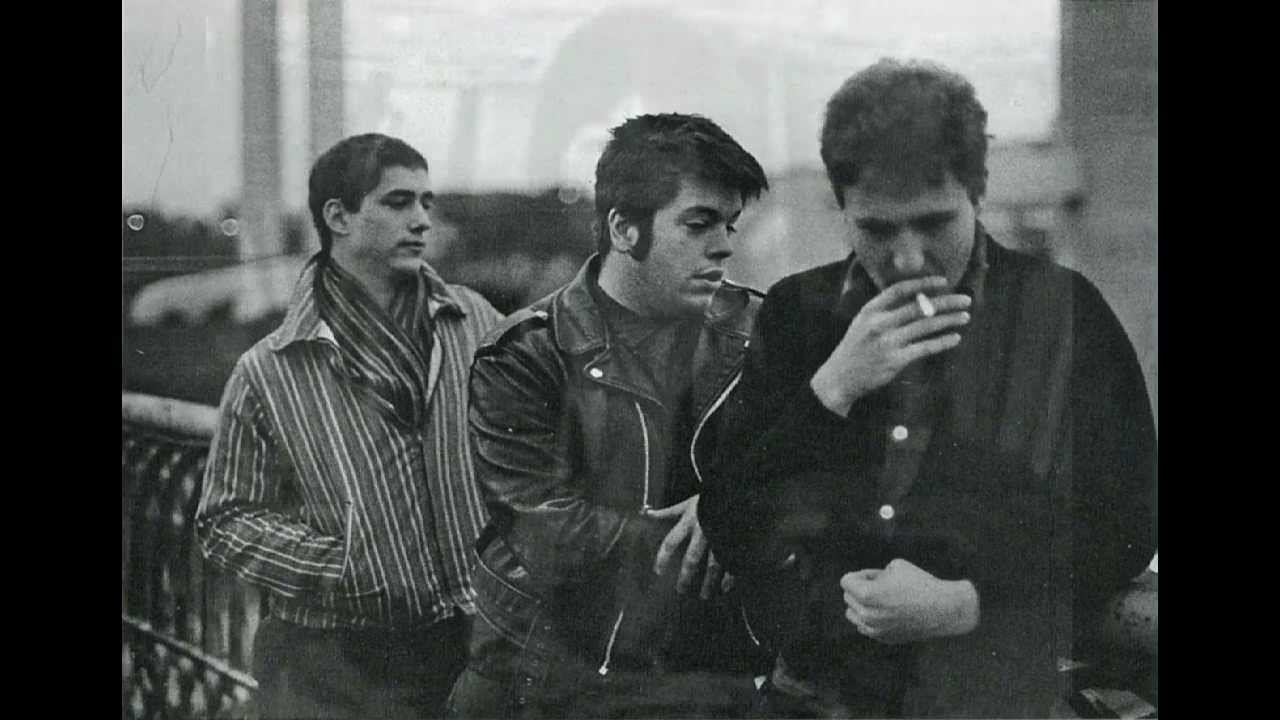 After a time of easier lighter feeling music in a solo project, Mould formed the band Sugar in an Athens Georgia Waffle House. Sugar was closer to Hüsker Dü than his solo work, but closer to the trending alternative music than it would ever be to early Hüsker Dü. The music of Sugar would prove to be very influential and Mould would go on to create some of his best solo work.
The Birthday Party – Nick Cave and the Bad Seeds
Part post punk, part goth band, part screaming wall of noise and fury The Birthday Party was a part of a rising tide of dark music in the 80’s. They were full of dark imagery lyrically and a brutal force of sonic rage. With live shows that often turned violent they burned out quickly, but launched the carer of Nick Cave. 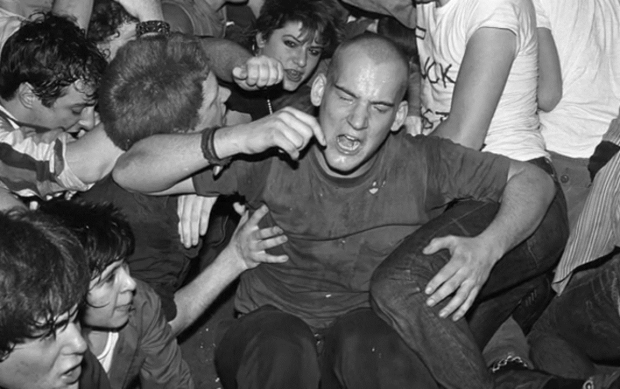 Nick Cave and The Bad Seeds have made a brand of dark alternative for 16 incredible albums. With a distinctive voice and a creeping lyrical sensibility their music is the stuff of bad dreams, in the most amazing way possible. With music everywhere from the original X-Files soundtrack to Peaky Blinders Cave’s music turns up all over the pop culture spectrum. Chances are you have heard one of his songs and don’t even know it, and all that was born with a crazy band of screaming and noise.
Minor Threat – Fugazi
“I don’t want to hear it! Nah you’re full of shit!” These words were often screamed at the top of my lungs when I was a teenager. Minor Threat, icons of hardcore punk, creators of the term Straight Edge, paragons of DIY. There is really no way to over state how pivotal of a band Minor Threat is to punk. What came after them is almost as important. 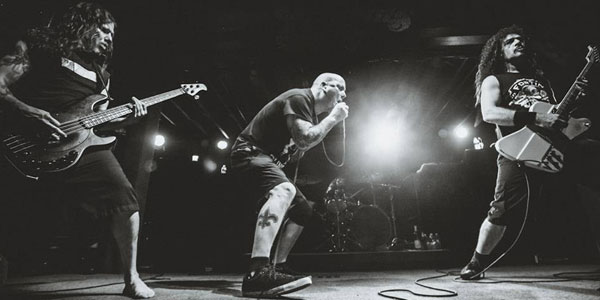 With the forming of Minor Threat also came Dischord records, a defiantly DIY record company that put out all of Minor Threat and many of the punk bands in the Washington DC area. Once Minor Threat split up lead singer Ian MacKaye went on to co-found the band Fugazi. As a post punk band they were just as influential as Minor Threat.
Well that was a big ass article, and we just scraped the surface of bands that we all talked about on Facebook. So next week will do another chunk of Follow Up bands because this is a lot of fun.